Tesla delivered a record 343,830 vehicles globally in the third quarter, but missed analysts' expectations of about 357,900 vehicles. 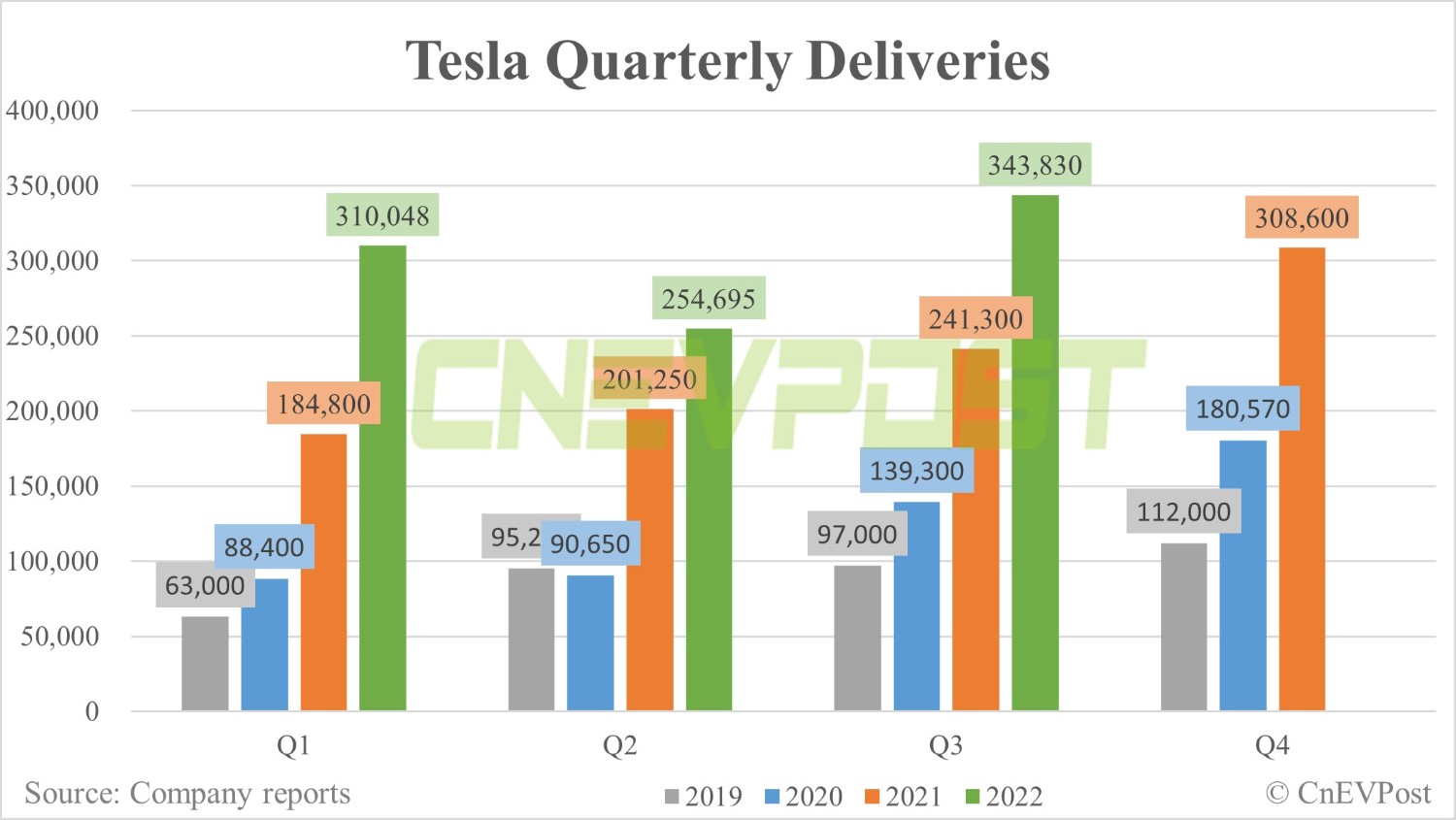 Tesla's global deliveries hit a record high in the third quarter, rebounding from a decline in the second quarter, but fell short of Wall Street expectations.

The US electric vehicle maker delivered 343,830 vehicles in the third quarter, below the 357,900 expected by analysts in a Bloomberg survey, data released October 2 showed.

Tesla warned that a shortage of transportation capacity is affecting its deliveries, with CEO Elon Musk saying the company is working to make intra-quarter deliveries more stable.

"Historically, our delivery volumes have skewed towards the end of each quarter due to regional batch building of cars. As our production volumes continue to grow, it is becoming increasingly challenging to secure vehicle transportation capacity and at a reasonable cost during these peak logistics weeks," Tesla said in a press release.

"In Q3, we began transitioning to a more even regional mix of vehicle builds each week, which led to an increase in cars in transit at the end of the quarter. These cars have been ordered and will be delivered to customers upon arrival at their destination," Tesla said.

Musk tweeted that Tesla was smoothing out the frantic wave of end-of-quarter deliveries and was aiming for steadier deliveries intra-quarter.

Tesla's production and deliveries returned to normal in the third quarter. Its Shanghai plant halted production for some time during the second quarter due to a Covid lockdown, causing the company to see a rare dip in deliveries.

Giga Shanghai, which makes the Model 3 as well as the Model Y, has an annual capacity of more than 750,000 units, according to Tesla's second-quarter earnings report released on July 20.

Recently, Tesla completed an upgrade to its Shanghai plant, which media reports say has boosted capacity to around 1.1-1.2 million units.

In addition to these two factories, Tesla's factories in Berlin, Germany and Texas, USA both have an annual capacity of over 250,000 units, and they currently only produce the Model Y.