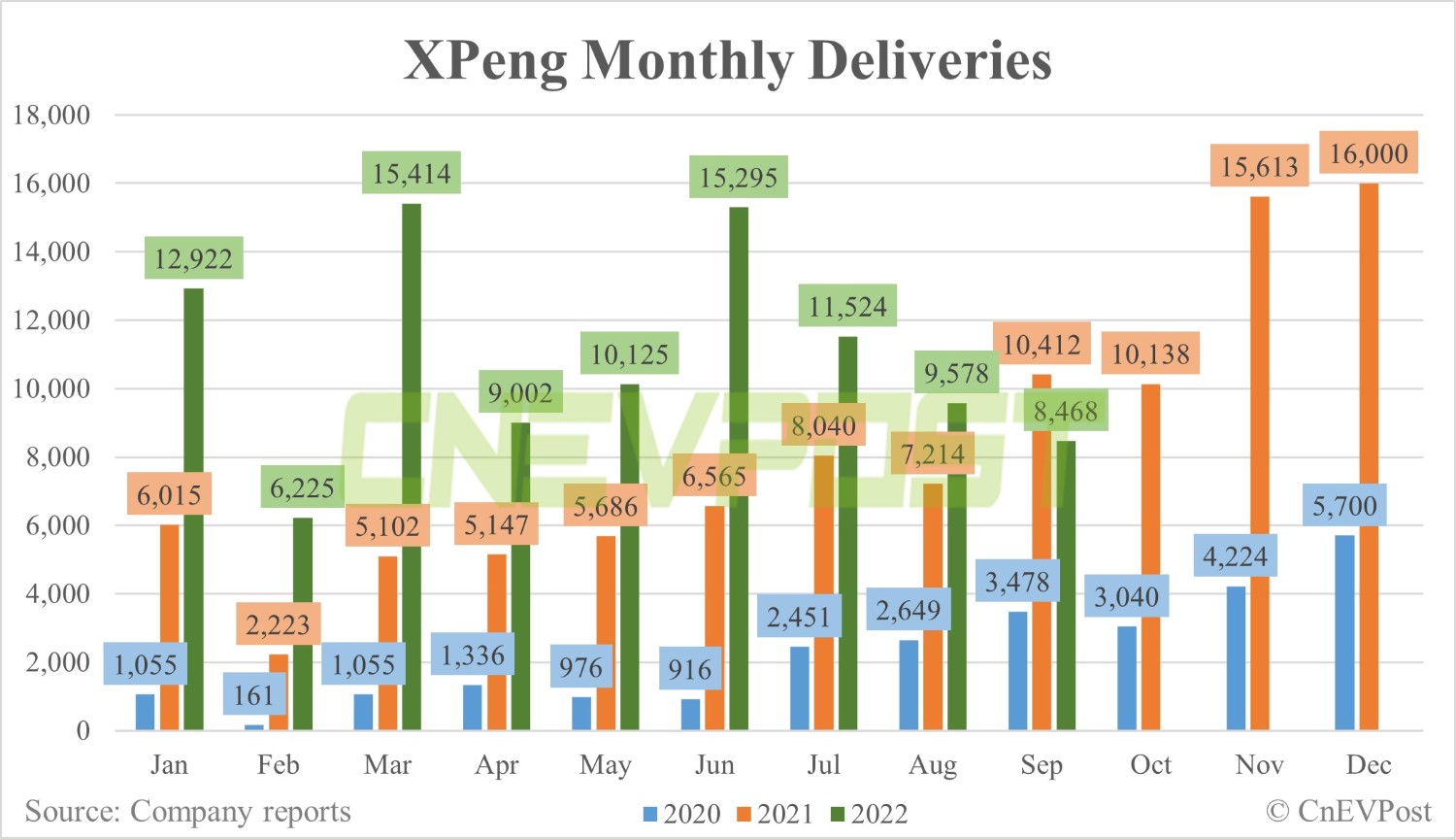 Notably, XPeng also delivered 184 G9 SUVs in September, and mass deliveries of this model are expected to begin in late October.

The first deliveries of XPeng's G9 mark the model's full production readiness for volume deliveries in October, the company said.

G9 show cars and test cars are currently being sent to stores across the country, XPeng said.

This delivery volume was slightly above the low end of XPeng's previous guidance range of 29,000 to 31,000 units for the third quarter. 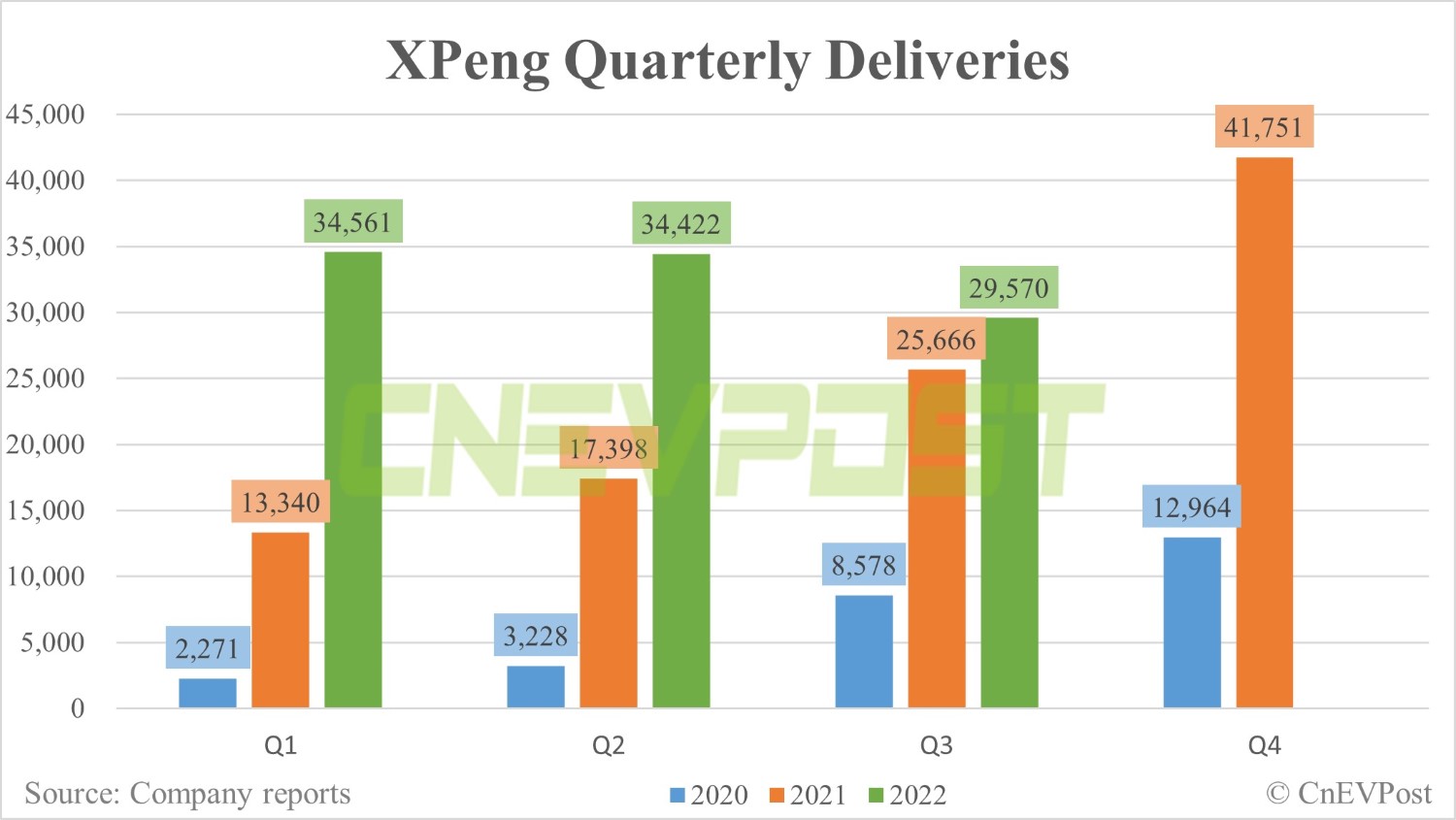 Since its inception, XPeng's cumulative deliveries stand at 236,506 units, according to data monitored by CnEVPost.