Li Auto delivered 26,524 units in the third quarter, above the recently lowered guidance of about 25,500 units. 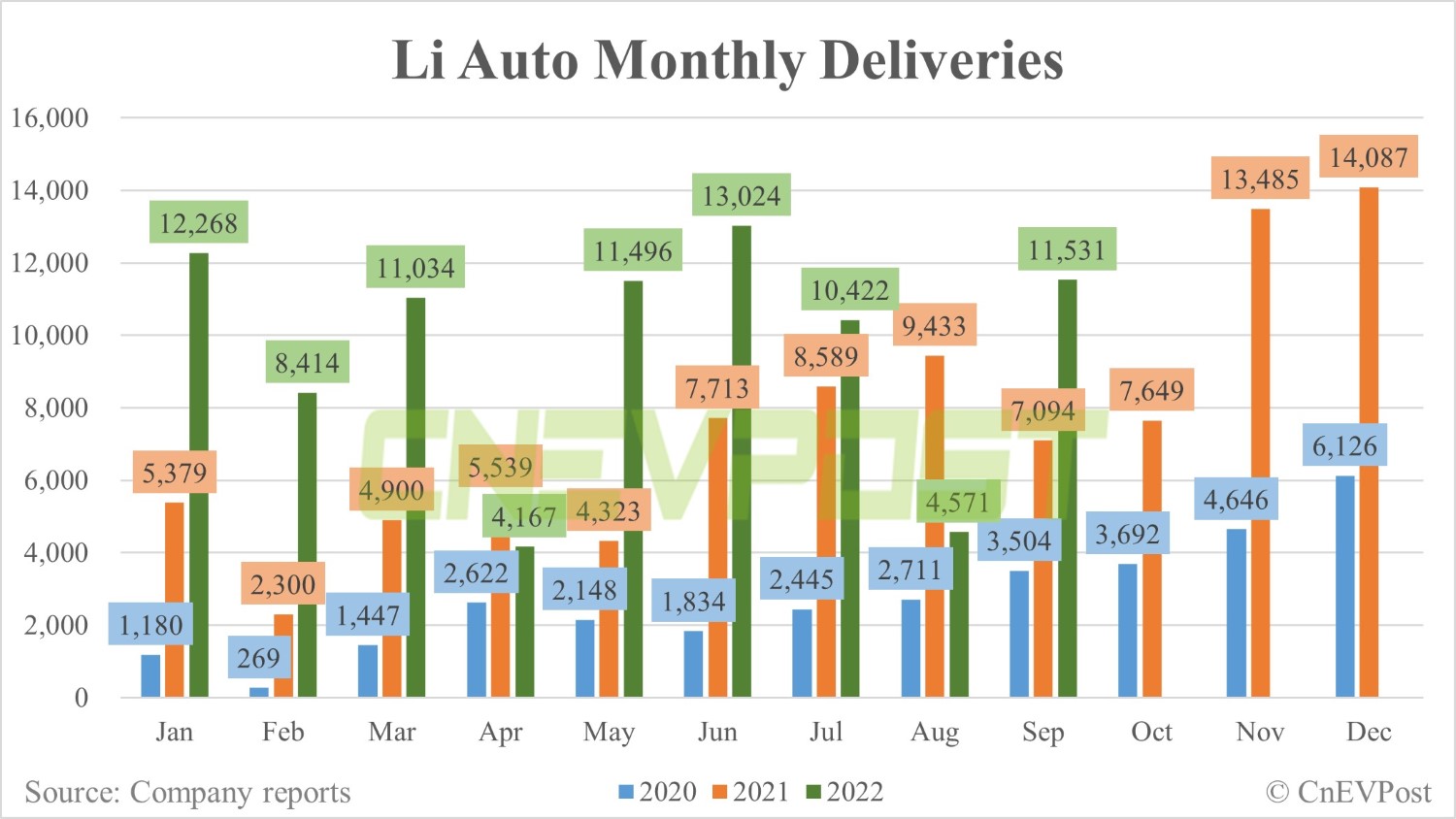 The company's deliveries in September were up 62.55 percent from 7,094 vehicles in the same month last year and 152 percent from 4,571 in August, figures released today show. 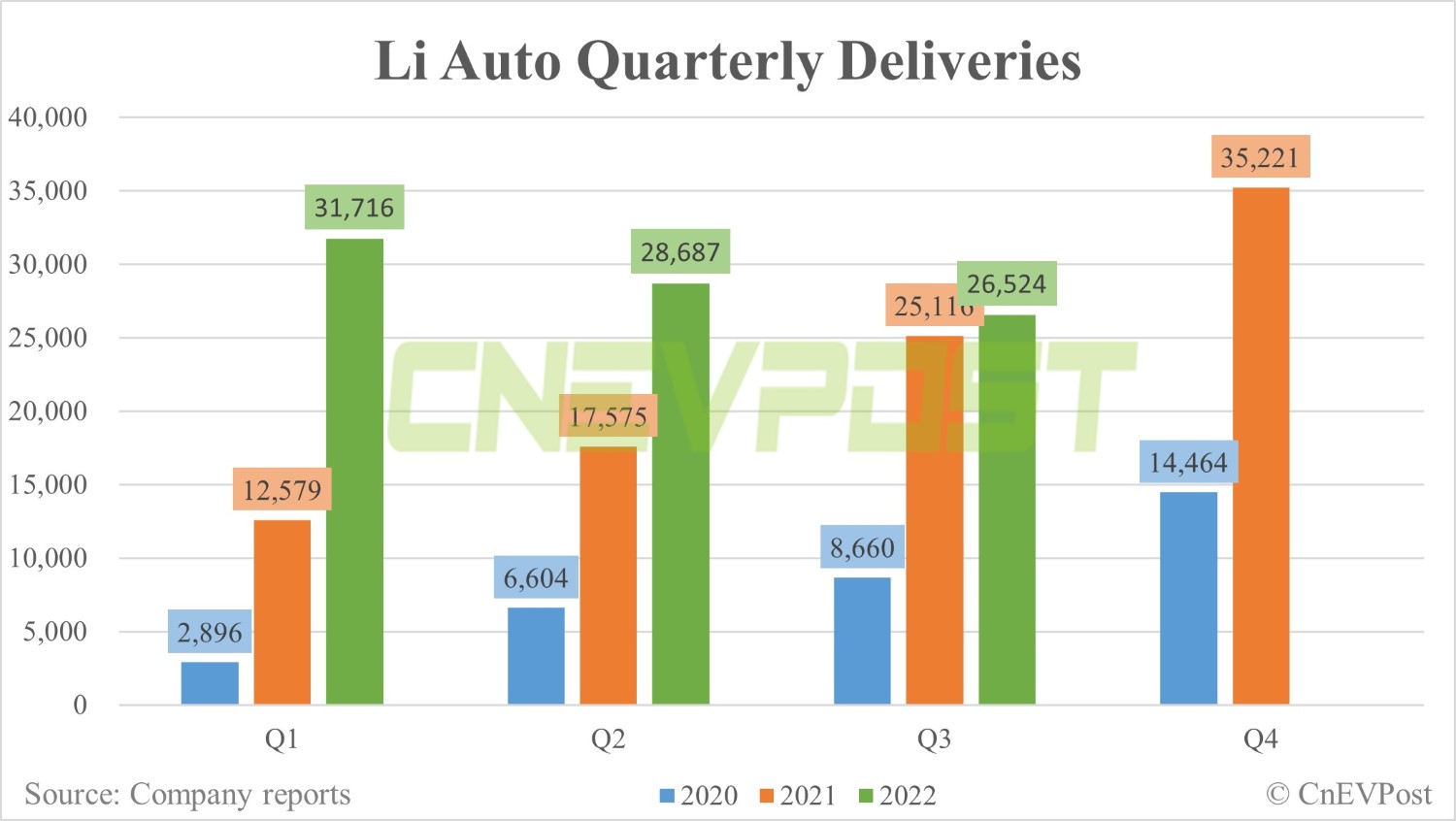 The company on September 26 lowered its outlook for third-quarter deliveries to about 25,500 vehicles, down from 27,000 to 29,000 vehicles previously.

"Our delivery of over 10,000 Li L9s in September marks the first time a domestic branded premium model priced above RMB 400,000 has achieved this monthly delivery milestone, establishing Li L9 as one of the top choices of full-size SUV for family users in China," said Shen Yanan, co-founder and president of Li Auto.

"Li L8 showroom models will start to arrive at Li Auto retail stores nationwide today, and we welcome everyone to visit our retail stores for a closer look. The delivery of Li L8 will commence in November," Shen added.

In addition to the Li L8, Li Auto also briefly introduced the five-seat mid to large-size SUV Li L7 and open for reservations with prices starting at RMB 339,800. Deliveries of the model will begin at the end of February 2023.