Li Auto says the Li L9 will continue to set new production and sales records among flagship full-size SUVs as production capacity continues to ramp up and deliveries are in full swing. 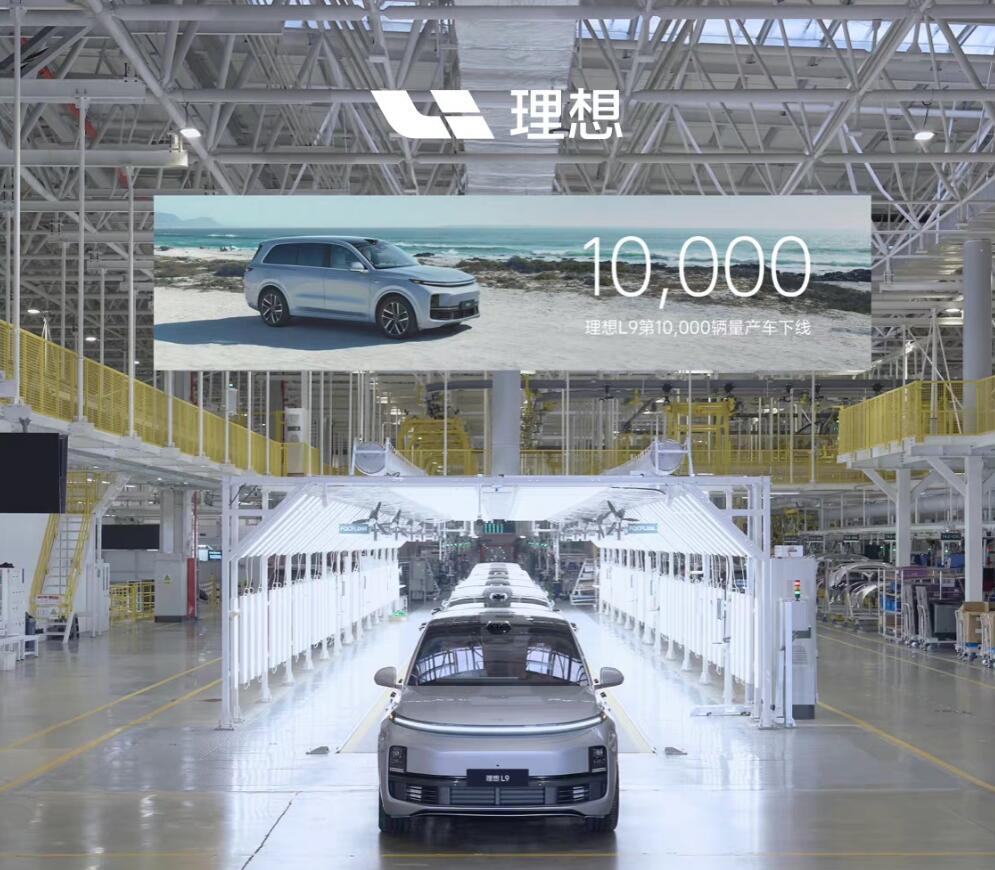 Li Auto announced today that the 10,000th Li L9 rolled off the production line at the company's manufacturing facility in Changzhou, Jiangsu Province.

The Li L9 is Li Auto's second model, following the Li ONE, and the company says the extended-range electric vehicle (EREV) has set an industry record from launch to 10,000 production vehicles rolling off the line.

This is just the beginning, and as production capacity continues to ramp up and deliveries get underway, the Li L9 will continue to set new production and sales records for the flagship full-size SUV, the company said.

Li Auto officially launched the Li L9 on June 21, and before that, the company's founder, chairman and CEO Li Xiang said on Weibo on June 4 that the model would be officially delivered to customers in August and deliveries could exceed 10,000 in September.

On June 24, Li Auto said the Li L9 had received more than 30,000 orders within 72 hours of the vehicle being available for pre-order.

On August 1, the company said the Li L9 had accumulated more than 50,000 orders since its June 21 launch, with more than 30,000 confirmed non-refundable orders.

On August 18, Li Auto announced that the first production vehicles of the Li L9 rolled off the production line at its Changzhou site and deliveries were about to begin.

However, due to power constraints in southwestern China caused by the summer heat, Li Auto said on August 28 that it had experienced a delay in supply at its range extender plant in Mianyang, Sichuan, causing a delay in the start of Li L9 deliveries.

The delay does not appear to be long, however, as Li Auto began deliveries of the Li L9 on August 30.

Notably, on September 26, Li Auto lowered its guidance for third-quarter deliveries, with September delivery figures expected to be released in just a few days.

Li Auto now expects to deliver about 25,500 vehicles in the third quarter, down from a previous estimate of 27,000 to 29,000, according to an announcement from the company.

The revision is a direct result of supply chain constraints, while underlying demand for the company's vehicles remains strong, Li Auto said.

Li Auto's latest outlook means that it expects to deliver 10,507 vehicles in September, considering it delivered 10,422 vehicles in July and 4,571 vehicles in August.