Since opening for test drives on July 15, more than 120,000 consumers have experienced the Li L9 in depth with their families, according to Li Auto. 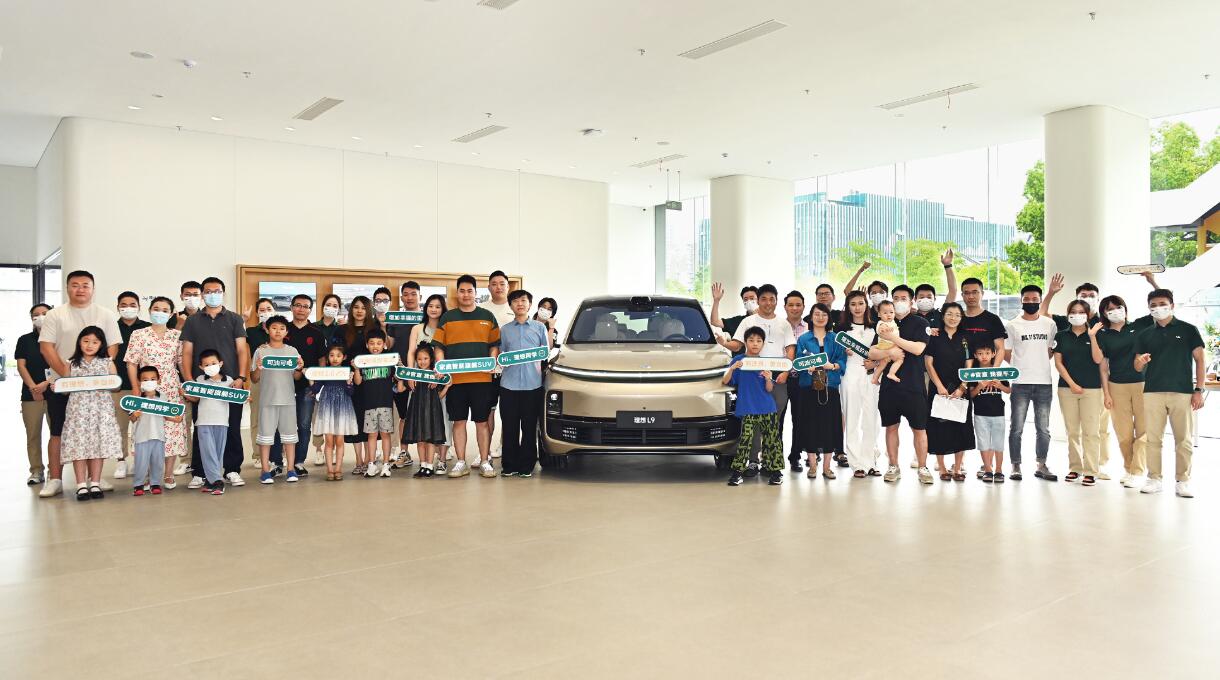 Li Auto began the first deliveries of its second model, the Li L9 extended-range electric vehicle (EREV), today, following an announcement two days ago that deliveries to some consumers may be delayed.

"On August 30, 2022, the Li L9, the flagship global smart SUV for families, officially opens for customer deliveries," the company said in a post on Weibo.

Since opening for test drives on July 15, more than 120,000 consumers have experienced the Li L9 in depth with their families, the company said, without disclosing the number of first deliveries.

"The newly designed delivery center focuses on family users and is not only a happy place that is child-friendly, but also a happy and warm space that connects people, products and brand," Li Auto said.

Within this year, Li Auto will complete the upgrade of its delivery centers in more than 20 cities in China, the company said.

Li Auto officially launched the Li L9, the company's second model after the Li ONE EREV, on June 21.

Li Auto founder, chairman and CEO Li Xiang said on Weibo on June 4 that the model will be officially delivered to customers in August and deliveries could exceed 10,000 in September.

On August 1, the company said the Li L9 had accumulated more than 50,000 orders since its launch on June 21, with more than 30,000 confirmed non-refundable orders.

On August 18, Li Auto announced that the first production vehicles of the Li L9 rolled off the production line at the company's manufacturing facility in Changzhou, eastern Jiangsu province, and deliveries were about to begin.

However, production at Li Auto's range extender plant in Sichuan province in southwestern China has been affected by local power constraints due to the prolonged heat and drought that has hit the province.

For consumers for whom the Li Auto App shows an expected delivery date of August, the company expects to make deliveries from August 30-September 4, according to a previous announcement from Li Auto.

For consumers who will not receive delivery until September due to this delay, Li Auto will provide RMB 1,000 in gas compensation, according to the announcement.

Consumers whose Li Auto App shows an expected delivery date of September are not affected, and their vehicles will still be delivered in September, according to the announcement.