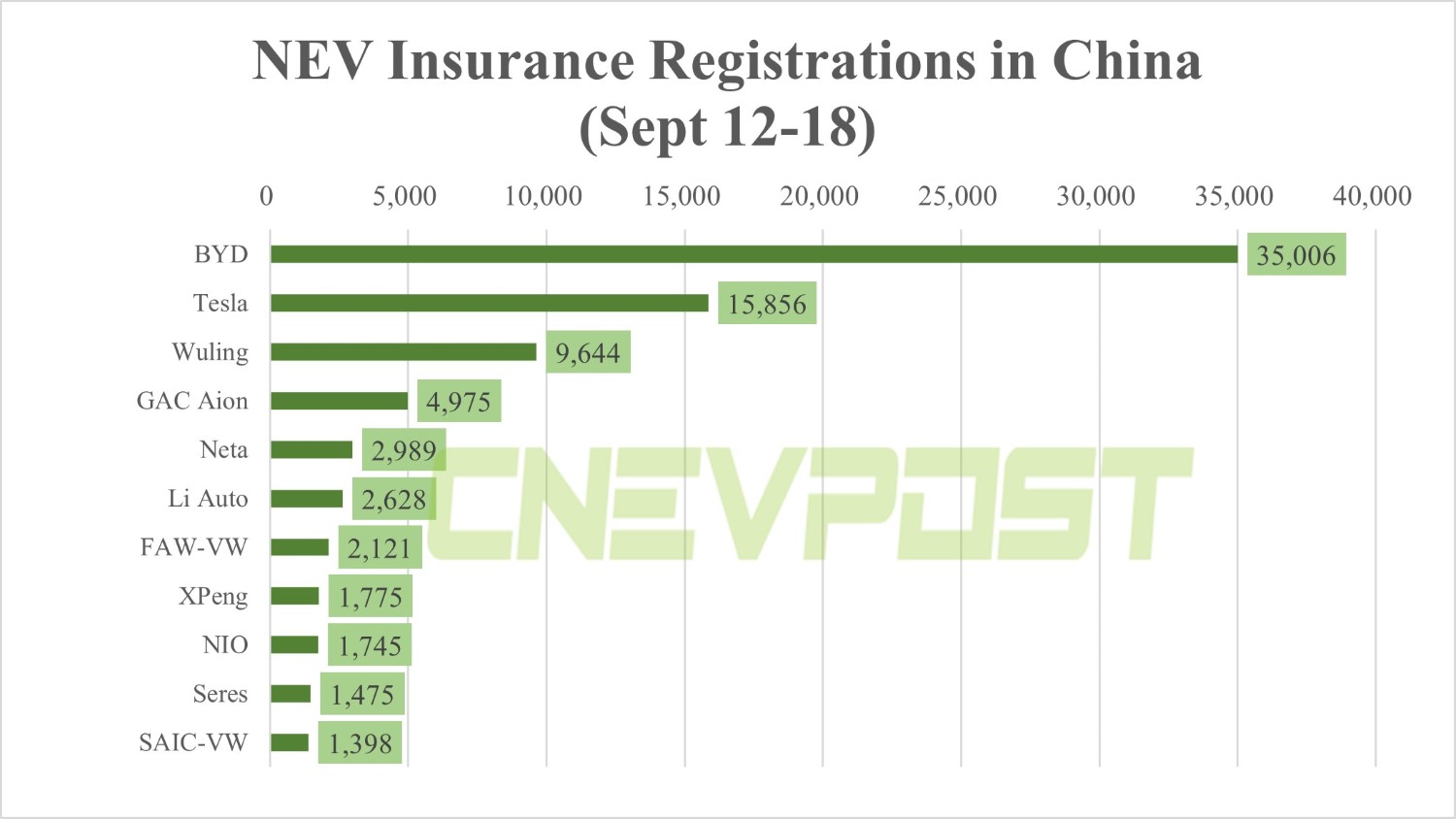 In the third week of September, September 12-18, Chinese passenger car sales were 391,612 units, down 4.81 percent year-on-year and up 10.54 percent from the previous week, according to data shared by auto blogger @朱玉龙-YL on Weibo today.

The blogger did not indicate the source of the data, though he traditionally shares such data based on insurance registrations of vehicles. 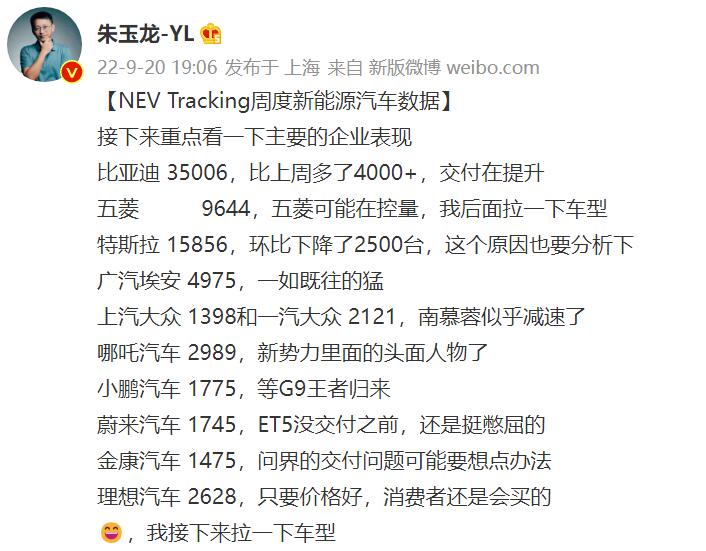 NEVs sold 110,407 units in the third week of September, up 28 percent year-on-year and up 3.34 percent from the previous week, according to the data.

Traditional internal combustion engine vehicles sold 281,205 units during the period, down 13.5 percent year-on-year, according to the blogger.

BYD continued to lead in NEV sales in the third week of September with 35,006 units, about 4,000 more than the previous week.

NIO was at 1,745 units, which was depressed until deliveries of the ET5 began, the blogger noted.

The NIO ET5 has begun mass production and its first deliveries are expected to begin on September 30.

Li Auto sold 2,628 vehicles in the third week of September, and consumers will still buy as long as the price is good, the blogger said.

Li Auto officially launched the Li L9, the company's second model after the Li ONE, on June 21, with first deliveries starting on August 30.

It is worth noting that Monday, September 12 is the last day of China's three-day Mid-Autumn Festival holiday.

Insurance registration data is non-public and usually only institutional subscribers will pay for a subscription.

It is worth noting that weekly high-frequency data is usually highly volatile, especially at the end of the month when the pulse effect is more pronounced in the Chinese auto industry.

Below is the data for the second week of September. 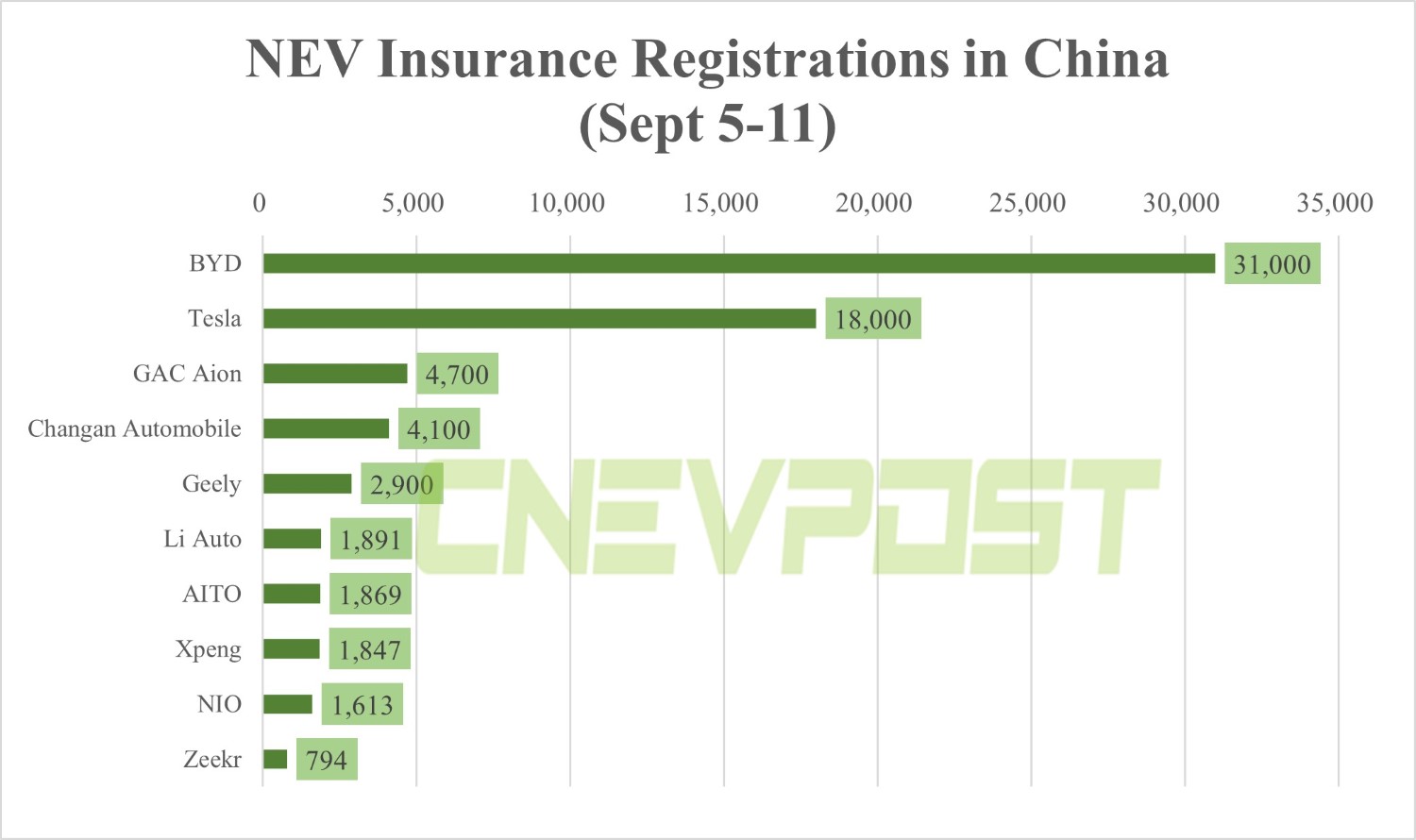