A CCTV report shows NIO's facility in NeoPark on its first day of mass production, saying that four doors of a car can be assembled in 49 seconds. 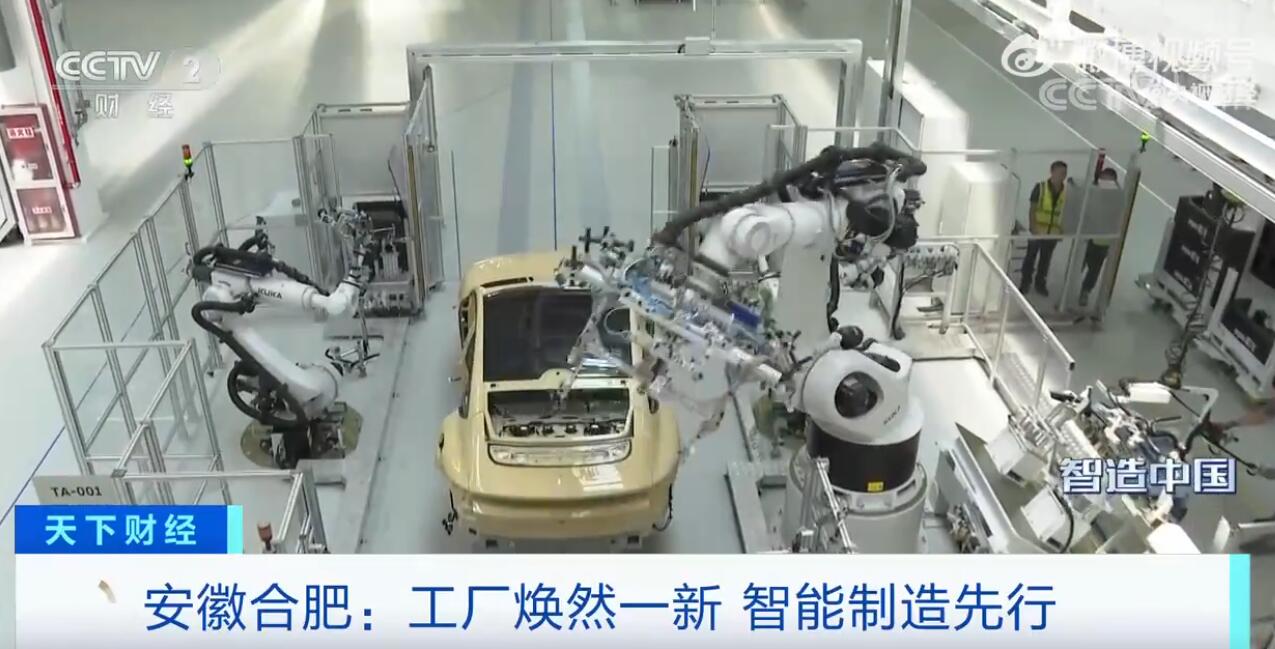 In the program, which aired Saturday, CCTV devoted about three minutes to the factory's automated production line, saying that four doors of a car can be assembled in 49 seconds and that the line can support the production of eight models at the same time.

The CCTV program said it was the first day NIO's plant began mass production, but did not reveal exactly which day it was.

For context, NIO's plant in NeoPark currently produces only the ET5, and first deliveries of the sedan are expected to begin on September 30.

The CCTV report mentions that the line takes just 49 seconds to assemble four doors on a car, whereas in the past, a 15-kilogram door had to be moved four to five hundred times a day by workers, a huge drain on manpower and materials.

This is a loop production line developed by NIO in-house, where various models with different colors, interiors and configurations can be assembled at the same time, allowing up to eight models to switch seamlessly, according to CCTV.

"We are happy to try some relatively new technologies on the production line, and the Chinese people can also do full in-house development," said Ji Huaqiang, vice president of manufacturing, logistics, and operations at NIO, in the report. 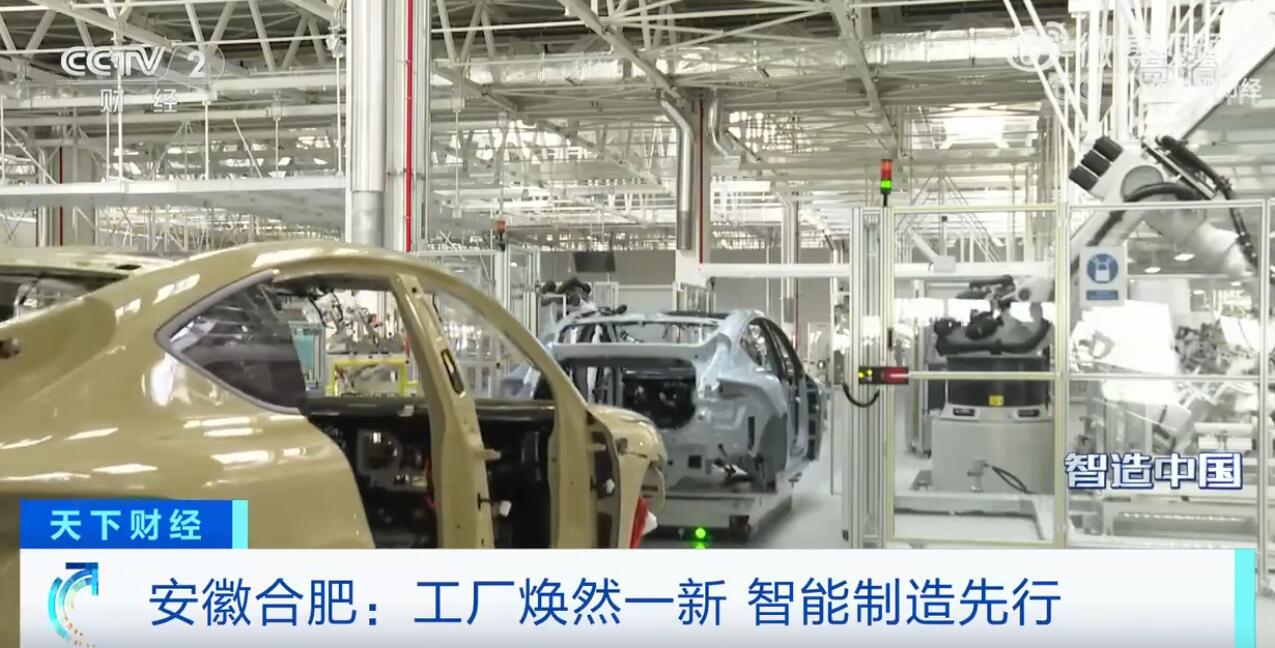 At the plant, intelligent design is not only applied to the production line, but is also embedded in the plant's logistics and supply chain, the report said.

The report also highlights the plant's use of a young workforce, saying that young people under the age of 30 already account for more than 60 percent of the total workforce in R&D and manufacturing positions.

NIO also shared the video on its mobile app today and said the plant has reached an industry-leading level in digital IT/OT deep integration, flexible process design, and intelligent equipment. 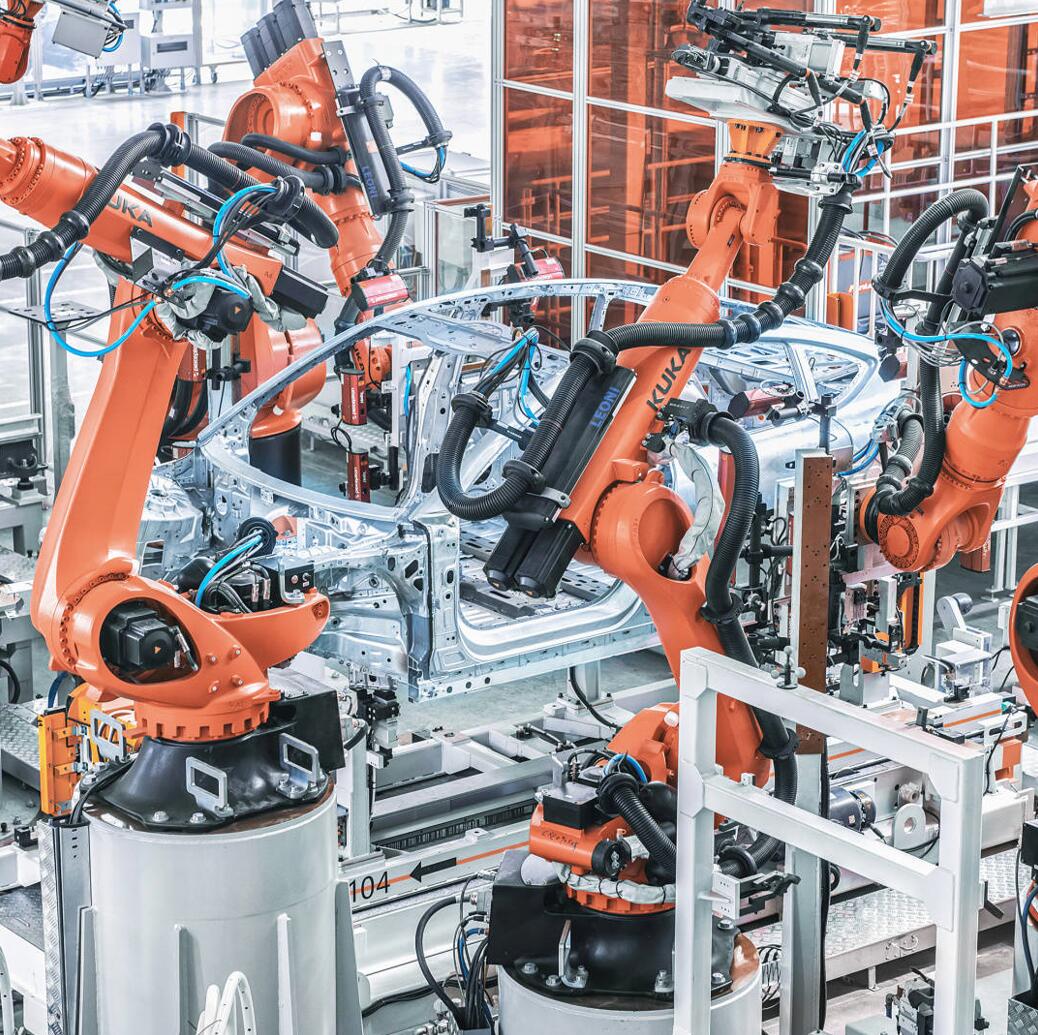 Below is the text transcript of the CCTV report, translated by CnEVPost.

A new batch of cars is being produced in a brand-new factory.

It was the first day of mass production at this new factory.

At the automatic assembly process of the doors, the person in charge, Ji Huaqiang, is checking the progress of the assembly.

Conveyors send the bodywork over in a steady stream.

The robotic arm grabs the door and glues it to the body crisply, completing the assembly of four doors of a car in just 49 seconds.

In the past, such a 15 kg door had to be carried by workers four to five hundred times a day, which was a huge drain on human and material resources.

What is more critical is that, as the last link of body assembly, all the accumulated errors of the previous processes have to be eliminated in this step.

This is also the most complex and the most comprehensive difficult production line for automotive assembly automation.

What we see is a simple operation in 49 seconds, but the interaction between information systems is very complex.

And the robot arm responsible for visual photography will tell the robot arm that is holding the door whether the latter's installation action is in place.

In the past, the integration of such automatic equipment was all done by foreign companies.

In addition to the monopoly of automatic integration technology by foreign countries, the low production efficiency of the production line is also one of the bottlenecks that restrict the development of the industry.

In the past, most of the domestic automotive manufacturing workshops had a production line compatible with only two to three models, which was not only a large initial investment, but also could not keep up with the update of market demand.

But now, on this loop production line, which was independently developed by a Chinese team, various models with different colors, interiors and configurations can be assembled at the same time, and up to 8 models can be seamlessly switched.

Customized and personalized production has become mainstream, and this is a new technology that smart factories in this industry are trying out.

The development of our information system does the work of how to assemble the right parts to the right car for different configurations of materials in the tens of thousands. This is also the development of the soft power of our manufacturing system.

We are very willing to try some relatively new technologies on the production line and Chinese people can also do fully in-house development.

The continuously upgraded soft power will build the strongest brain of the production line.

In this new factory, intelligent design is not only applied to the production line, but also implanted into the logistics and supply chain of the factory.

The iterative innovation of technology cannot be achieved without the integration of fresh blood.

Today, young people under 30 years old account for more than 60 percent of the total number of R&D and manufacturing positions in the factory.

Wang Ziyi, who has just graduated, has felt the vitality of the new factory.

The new advanced manufacturing plant has a lot of cash for manufacturing processes, and it can provide us with a broad platform for innovation. Especially for those who have just graduated, there is a lot of room to play.