Before the ET5 began locking in orders, NIO's showrooms were filled with visitors, reminiscent of when deliveries of the locally produced Tesla Model 3 began in early 2020.

The last time a model generated a social media buzz and showroom frenzy in China was when the locally produced Tesla Model 3 began deliveries in early 2020.

This time, similar consumer enthusiasm has reappeared as NIO locks in orders for its new sedan, the ET5.

NIO officially announced at the end of last month that the ET5 will begin locking orders on September 9 in order to schedule production and deliveries. First deliveries of the model are expected to begin on September 30.

Until September 9, consumers can reserve the model by paying RMB 2,000 ($300) and can get a refund at any time without facing any loss. After that date, the new RMB 2,000 deposit will be non-refundable.

Hours before the ET5 was set to lock in orders, images circulating on Weibo showed NIO's showrooms packed with visitors checking out the model.

Here is an image shared by @吴颖碎碎念, a well-known car blogger with 938,000 followers on Weibo, on the evening of September 8. "So many people came to see the NIO ET5!?" the blogger wrote. 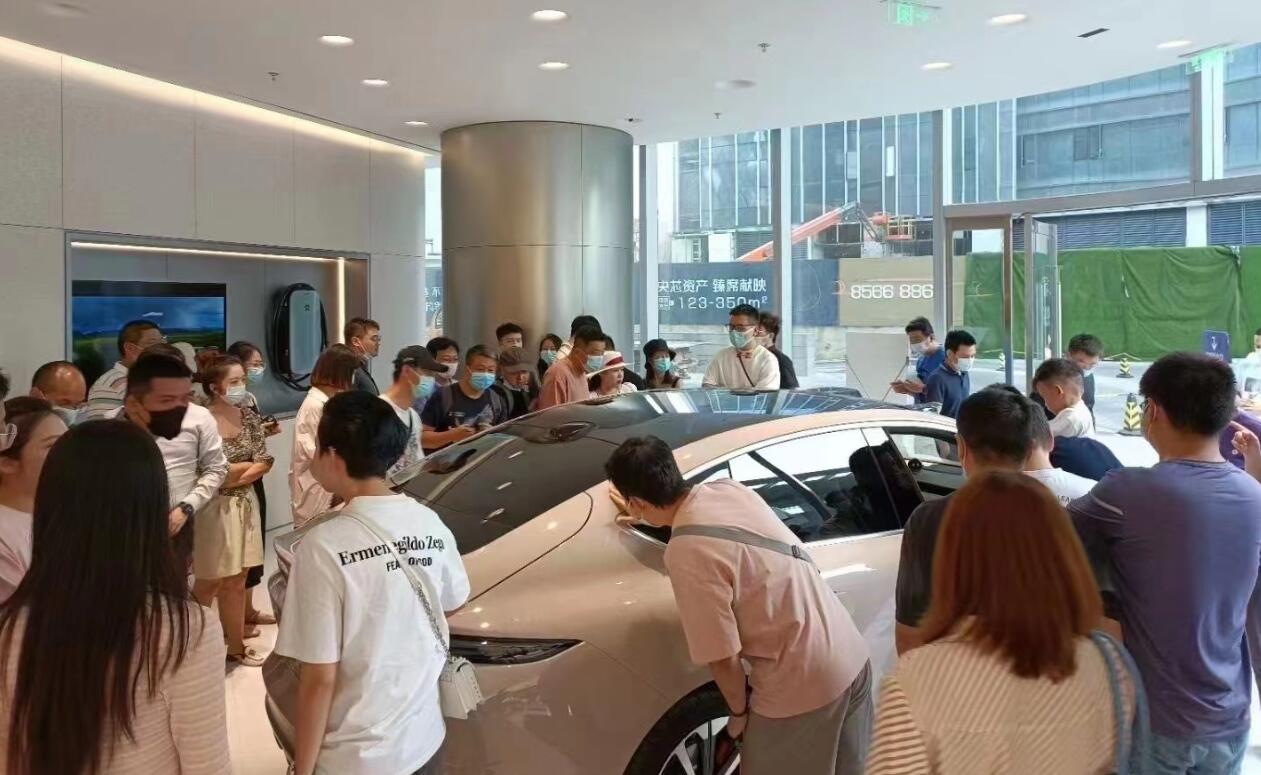 In the comment section of the Weibo post, one user said that there were just as many people at an NIO House in Xi'an, Shaanxi province, and he didn't make it in experiencing the first row of the ET5. 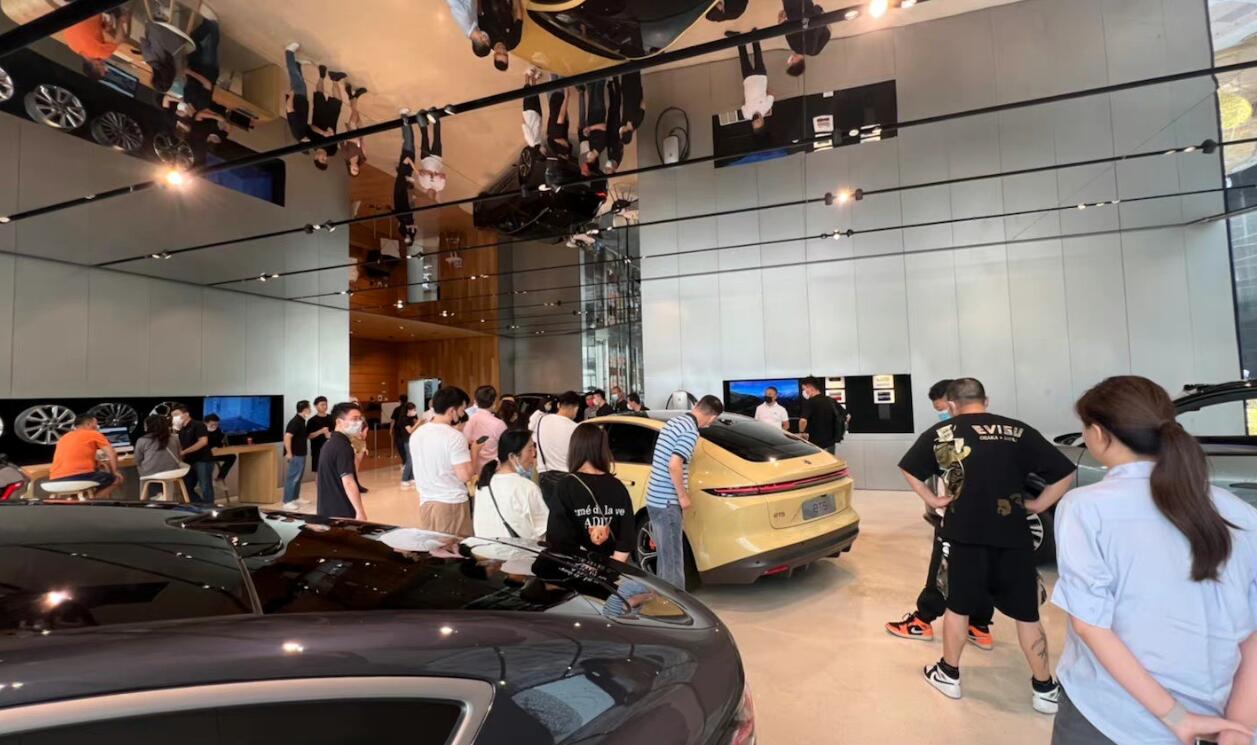 "It's the same across the country," commented another user.

Another car blogger with 273,000 followers on Weibo, @电动知士大雨, shared a similar picture on the evening of September 8.

"This is the NIO House (Zhongguancun store in Beijing) today. So many people came to see the ET5?" the blogger wrote.

"I know a lot of Li Auto Li One owners that are thinking about getting an extra ET5. Deliveries of that model in December are expected to exceed 10,000, which is probably going to shock a lot of people," the blogger said. 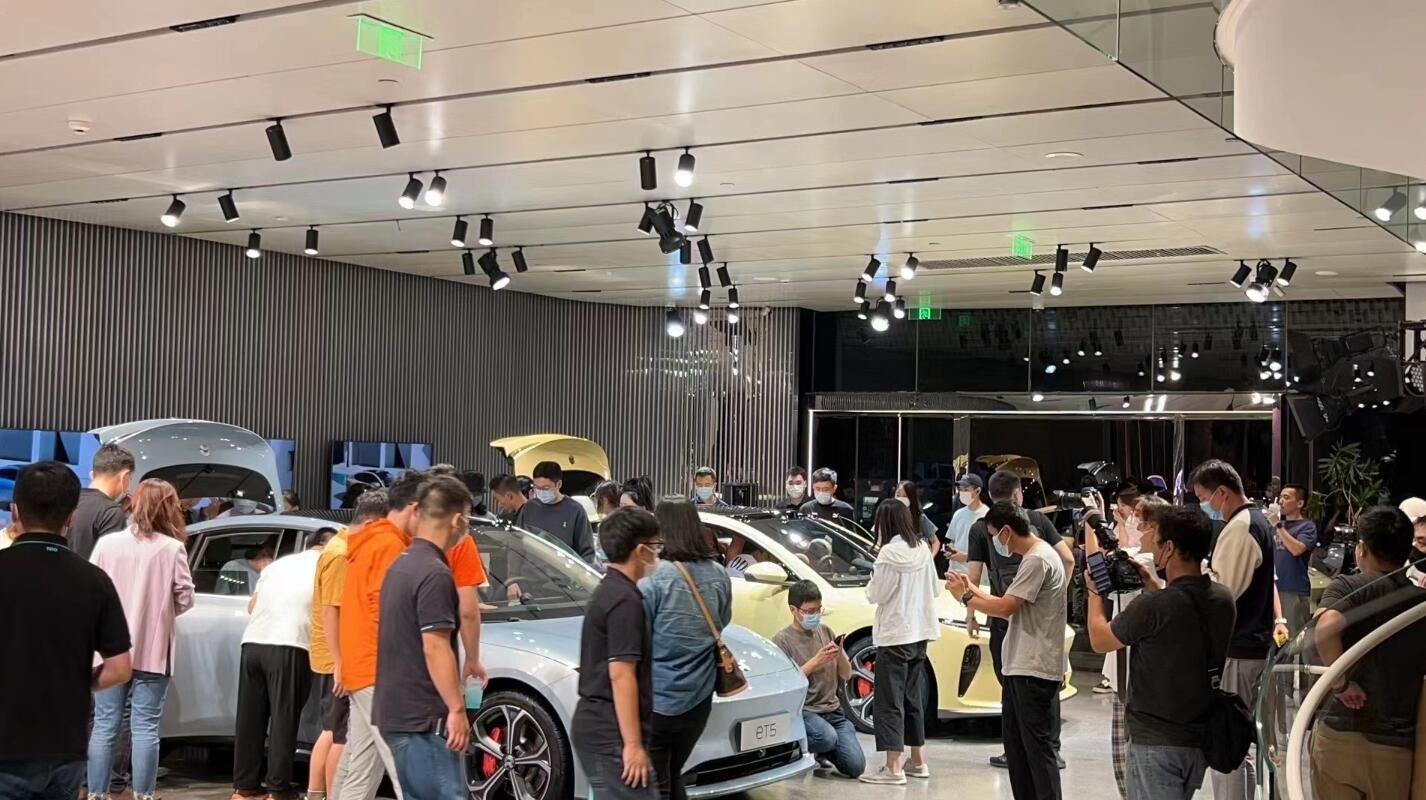 Notably, test drives of the NIO ET5 are not yet available.

In the past two years, despite the large number of great electric models released in China, similar scenarios have not been common.

Here are some images of Tesla stores shared in some media reports at the time. 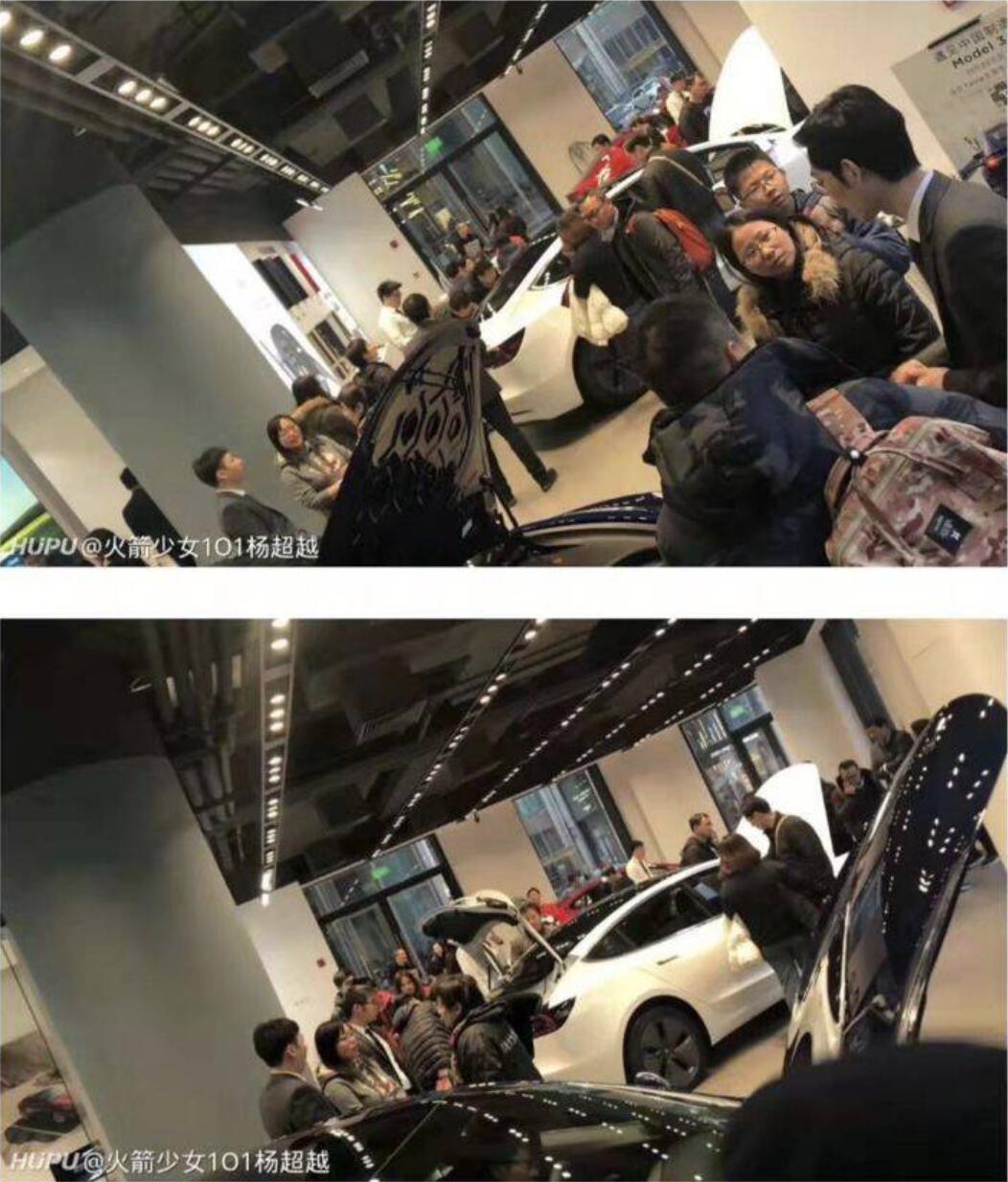 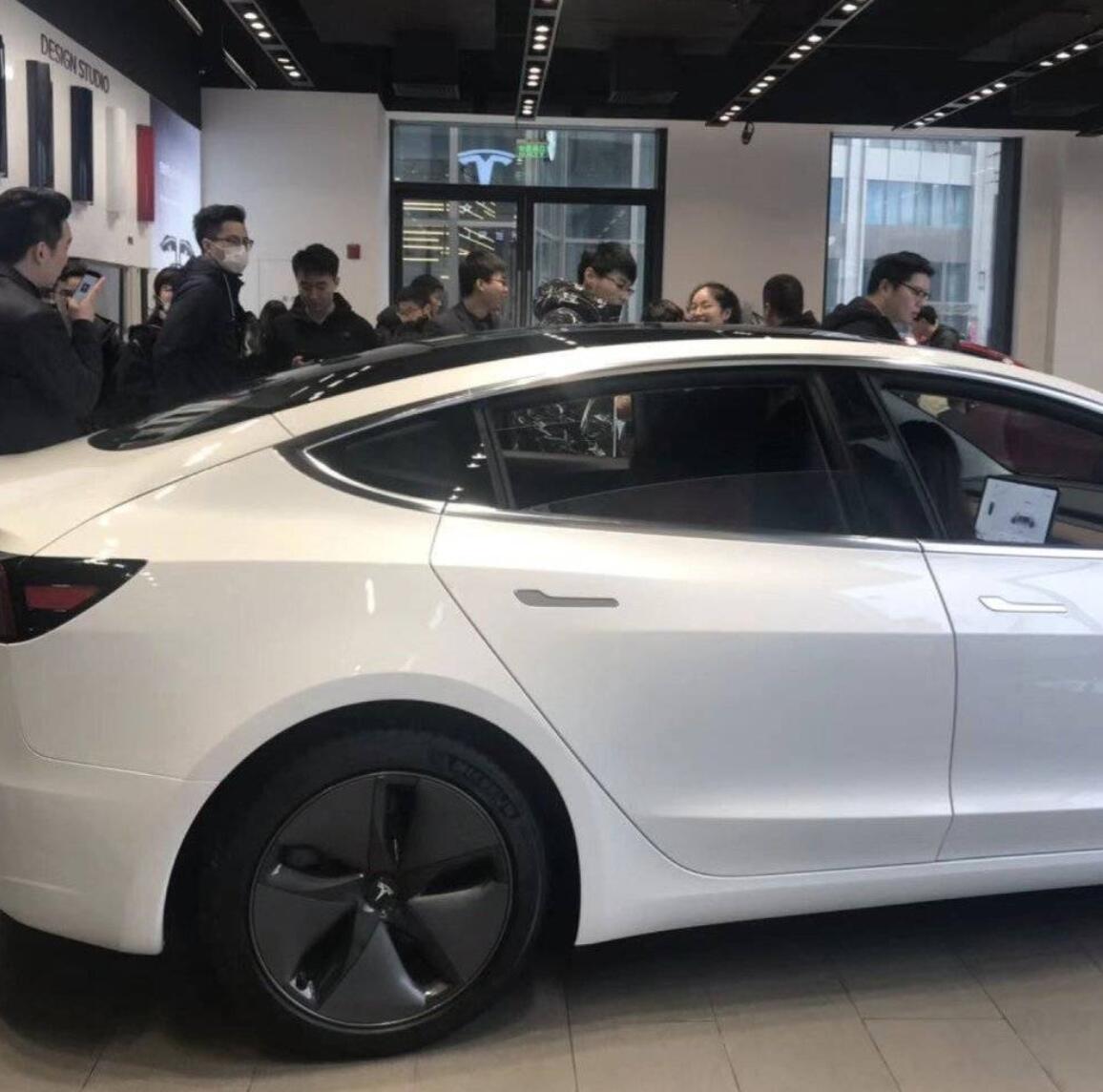 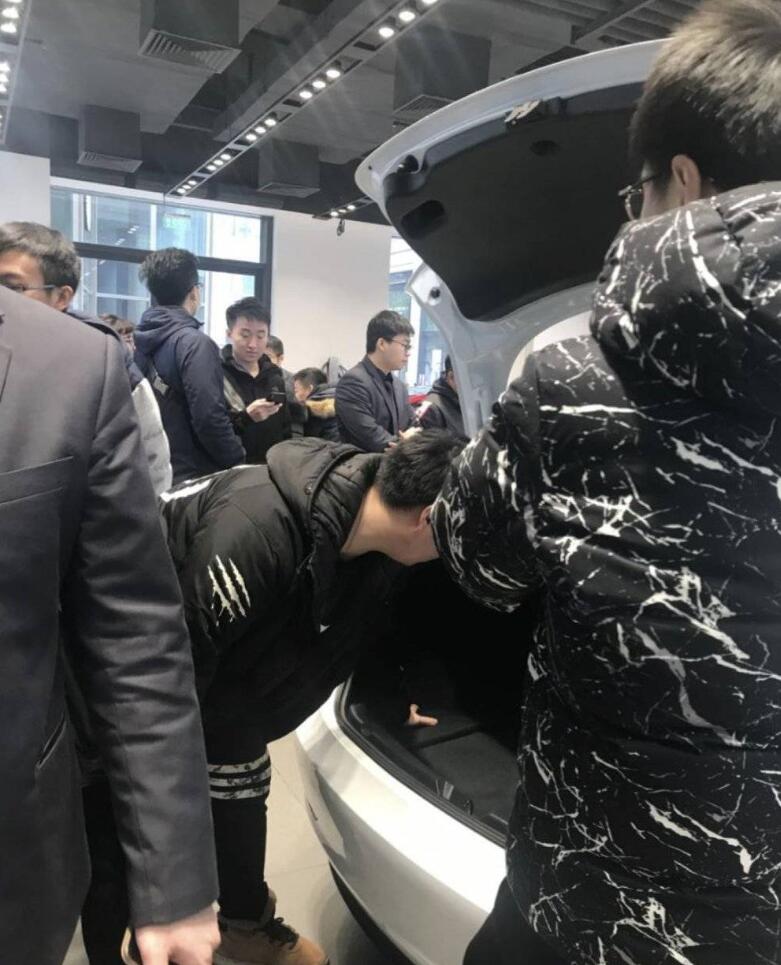 Back to NIO, the company began allowing consumers to lock in orders for the ET5 at 00:00 on September 9, and announced for the first time the amount of subsidies consumers can receive for the model.

According to current Chinese policy, new energy vehicles (NEVs) priced above RMB 300,000 will not be eligible for the purchase subsidy, with the exception of NIO-like models that support battery swap.

If consumers choose to purchase through battery rental service BaaS, the starting price for both models is RMB 258,000, and the monthly battery rental fees are RMB 980 per month and RMB 1,680 per month, respectively.

For reference, the Tesla Model 3 is currently available in China in a rear-wheel-drive entry-level version and a dual-motor all-wheel-drive Model 3 Performance, with the former priced at RMB 279,900 after subsidies and the latter not eligible for subsidies, priced at RMB 367,900.

It is worth noting that the entry-level Model 3 is priced at RMB 290,988 before subsidies, and consumers who add options that result in a price above RMB 300,000 will not be eligible for the RMB 110,088 subsidy.

Consumers who pre-order the NIO ET5 before the reservation channel closes at 0:00 on September 9 will receive the above subsidies as long as the vehicles are delivered by June 30, 2023.

Starting at 0:00 on September 9, the purchase subsidy for consumers who have not previously reserved will be based on the policy in effect at the time they take delivery.

China currently exempts NEVs from purchase taxes and offers purchase subsidies, of which the former will continue next year while the latter will be completely withdrawn next year.

NIO unveiled the ET5 at NIO Day 2021 on December 18 last year and began accepting pre-orders, and on August 30, local media outlet Yicai reported that the sedan had accumulated nearly 200,000 pre-orders.

The ET5 will be produced at NIO's second plant at NeoPark in Hefei, Anhui province, which currently has a planned annual capacity of 300,000 units.

On August 26, NIO co-founder and president Qin Lihong said at a press release on the first day of the Chengdu auto show that he expects the ET5 to surpass sales of the gasoline-powered BMW 3 Series in China within a year.

On September 7, William Li, the company's founder, chairman and CEO, said in an analyst call after announcing its second-quarter report that NIO is well prepared for ET5 to exceed 10,000 deliveries in a single month in December, with a higher internal target.