The launch of NIO's new products based on the NT 2.0 platform, especially the ET5, is a turning point that is expected to allow it to start gradually seeing scale effects.

As NIO's new sedan ET5 gets closer to being available, more and more analyst teams are becoming increasingly optimistic about the electric vehicle (EV) maker, with the team at CITIC Securities being one of them.

In a lengthy report released on Monday, CITIC Securities analyst Yin Xinchi's team said that NIO is standing at the inflection point of the scale effect and is poised for a revaluation.

The team believes that the luxury EV market, in which NIO is in, will see continued expansion of market space as it benefits from China's consumption upgrade.

"Under the long-term trend of consumption upgrade, we are bullish on the continued expansion of the market segment with selling prices above RMB 300,000," the team said.

The analysts are bullish on NIO's NT 2.0 platform, saying that it uses NIO's latest chassis, cockpit, and assisted driving technologies, which not only improve energy efficiency but also make the driving experience richer.

NIO has already released three models based on the NT 2.0 platform -- the ET7, ES7, and ET5 -- with deliveries of the first two already underway and the ET5 set to begin on September 30.

The NIO ET5 has received extremely strong market feedback, and the model is expected to be one of the new hot sellers in the entry-level luxury segment, the team said.

Overall, the team expects NIO's sales of all models to come in at 27,500 units in December, implying a 162 percent year-on-year increase.

CITIC Securities believes that previous market concerns that NIO was facing low sales and high operating costs are expected to be put to rest as sales of models based on the NT 2.0 platform, especially the ET5, begin to grow.

The team believes that the factors driving NIO's sales growth are changing:

During the brand creation phase from 0 to 1, NIO gained ripple word of mouth by significantly outperforming the service of ICE car brands, including Mercedes-Benz, BMW and Audi. This helped expand its sales, but with limited effect.

In 2022, the launch of new products based on the NT 2.0 platform, especially the ET5, is a pivot point. NIO's brand strength has gained initial recognition, and it will benefit more from sales growth due to increased product competitiveness in the 0 to 10 phase, where its scale effect will be visible.

With the growth of ET5 deliveries this year, NIO's expenses on the production side will be diluted and the scale effect will gradually manifest, leading to gross margin improvement on a sequential basis, the team said. 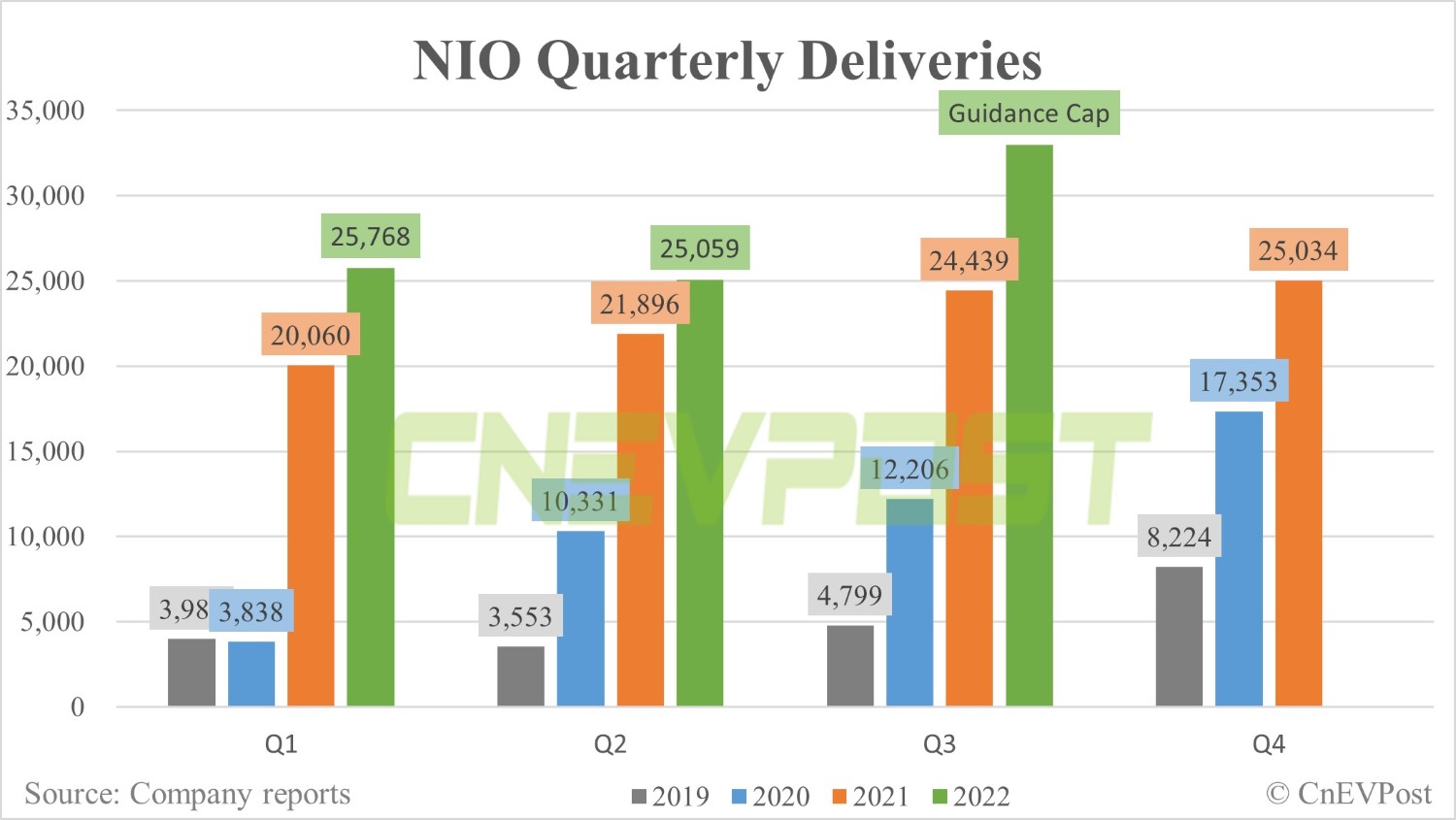