NIO ET5 has received an overwhelmingly positive initial reception, while sales of older models -- ES8, ES6, EC6 -- have not been significantly impacted by the new SUV ES7. 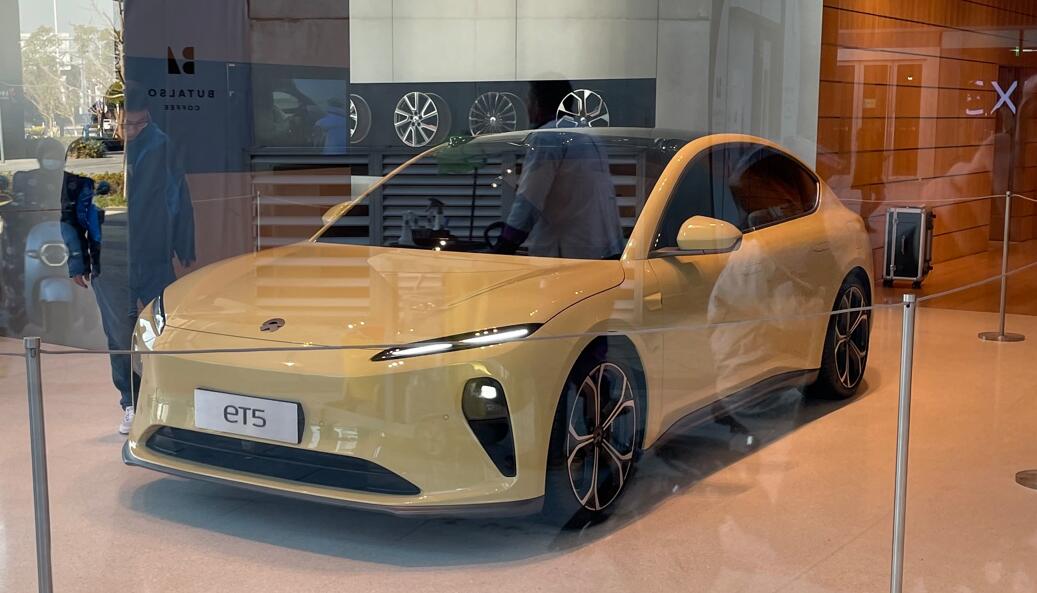 NIO has made significant updates to its product array this year, which in Deutsche Bank's view has set the stage for a relatively strong performance.

After the second-quarter earnings report, two factors will drive NIO's outperformance and make it emerge as a leader among EV upstarts, analyst Edison Yu's team said in a research note sent to investors on Monday titled "Finally time to shine bright."

Those two factors are, according to the team:

Second, while NIO's existing gen-1 products are older and more expensive than competing products, they continue to deliver relatively stable volumes; we believe this represents thoughtful pricing and emphasis on branding + service.

As background, NIO unveiled the ET5 sedan at the NIO Day 2021 event late last year and began accepting pre-orders. On September 9, NIO began allowing customers to lock in their orders while closing the pre-order. First deliveries of the model are expected to begin on September 30.

With the ET5 starting to lock in orders on September 9, NIO's showroom seems to have recently received an unprecedented number of visitors. Notably, September 10-12 is a three-day Mid-Autumn Festival holiday in China, making it even easier for those interested in checking out the NIO ET5.

Over the past few days, images circulating on Chinese social media have shown that since the ET5 became available in dozens of NIO showrooms last week, the model has continued to attract large numbers of visitors, in many cases even requiring queues.

NIO management commented that it believes the ET5 will outsell the BMW 3 Series, which sold more than 170,000 units in 2021, on a monthly basis within a year, indicating a very strong order backlog, Yu's team noted.

"Initial reception toward the ET5 has been overwhelmingly positive with social media showing large crowds at NIO Houses leading up to the lock-in order time on Sep 9th (i.e., when deposits become nonrefundable)," the team said.

In addition to the ET5, NIO also launched the ES7, its first SUV based on the NT 2.0 platform, on June 15 and has started deliveries on August 28 and delivered a total of 398 units in August.

NIO's existing models based on the NT 1.0 platform -- the ES8, ES6 and EC6 -- continue to sell reasonably well, despite being older and more expensive than competing EV offerings, according to Yu's team.

Despite the launch of NIO's new ES7 SUV, combined sales of the ES8, ES6 and EC6 fell by only about 400 units in August sequentially, the team noted.

"We believe this represents very thoughtful pricing segmentation and emphasis on branding + service which we continue to believe remain underappreciated by investors," Yu's team said.

While this year has been filled with unexpected speed bumps, the super cycle for the NIO products is almost here and NIO will finally reap the benefits in full next year, the team said.

In addition to the 3 new models -- ET5, ET7 and ES7 -- selling throughout the year, NIO will transform its existing ES8, ES6 and EC6 models into the new NT2.0 platform next year and upgrade the sensor suite + chip, the team noted, adding that they believe this will boost the company's second half of 2023 sales.

With estimates for the second half of the year being properly cut, the second-quarter results will be the last reset before the product supercycle kicks into full gear, the team said.

"Once investors fully appreciate that, the company's other efforts may finally get noticed," Yu's team wrote.

At press time, NIO was up 1.4 percent in pre-market trading on the US stock market. The Hong Kong stock market is not trading today due to the Mid-Autumn Festival holiday. 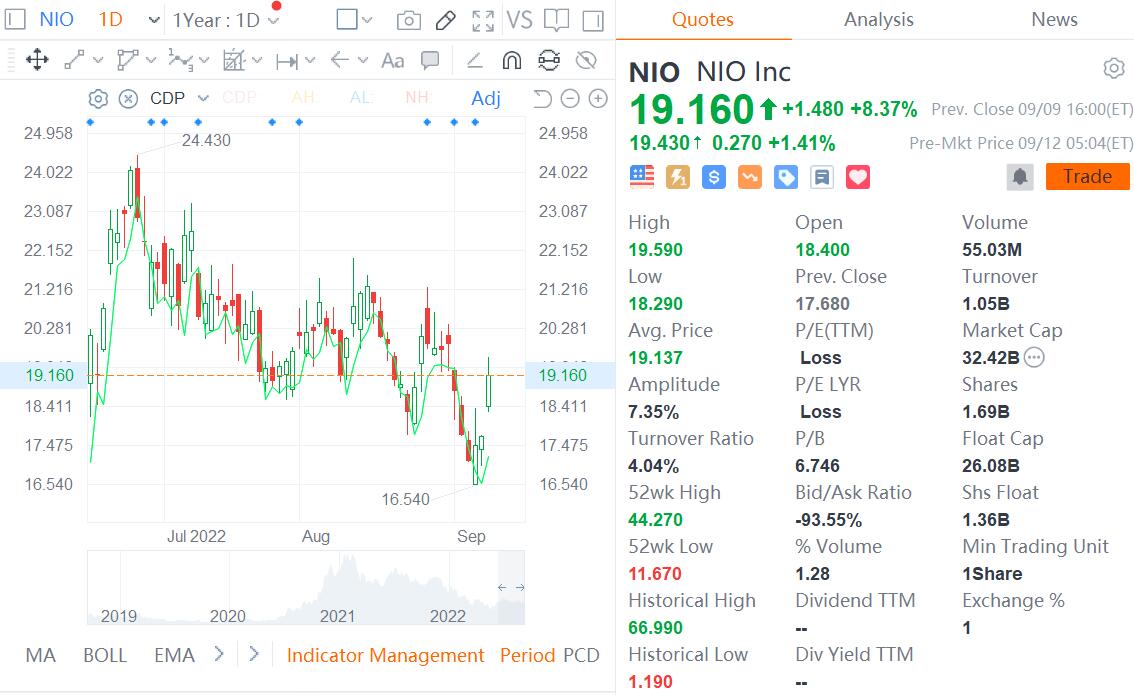