China's goal is to have 25 percent penetration of NEVs by 2025, but it now appears that target could be reached this year, according to a top government official. 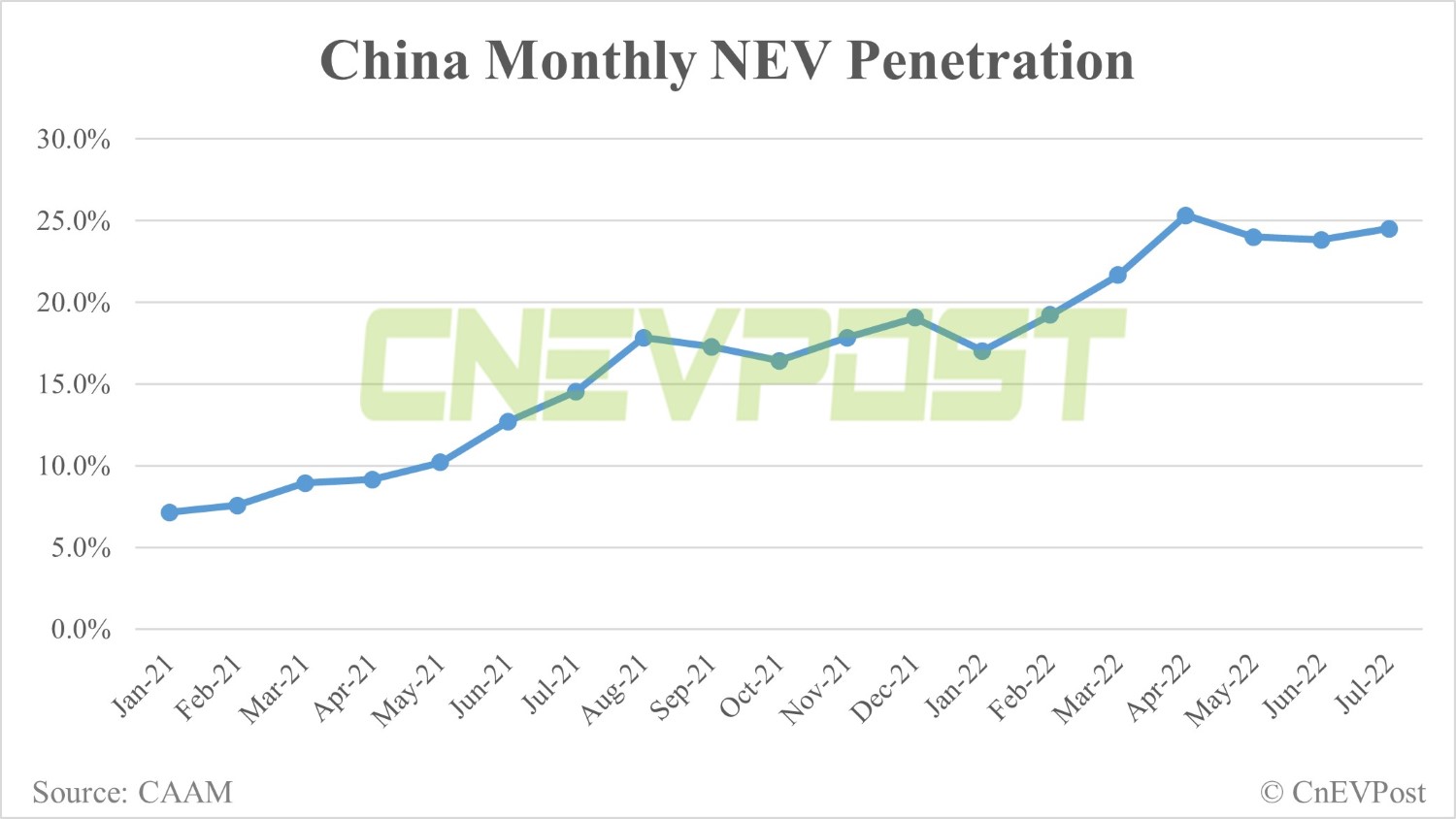 China's new energy vehicle (NEV) industry has grown so rapidly in the past two years that a previous government target could be met years ahead of schedule.

China's goal is to reach 25 percent penetration of NEVs by 2025, but it now appears that goal could be reached three years earlier this year, said Miao Wei, former minister of industry and information technology and a member of the CPPCC National Committee, said.

Miao made the comment at a NEV-related event held today in Nanjing, Jiangsu province, according to several local media reports. The penetration rate of NEVs refers to the proportion of such models in all vehicle sales.

The Chinese government released its "New Energy Vehicle Industry Development Plan (2021-2035)" in November 2020, which states that the country aims to reach 25 percent penetration of NEVs by 2025.

However, the rapid growth of the industry in China over the past two years seems to have caught most by surprise.

From January to July, China sold 3.19 million NEVs, accounting for 22 percent of all vehicle sales of 14.48 million, according to data released last month by the China Association of Automobile Manufacturers. In July the rate was 24.5 percent.

As a comparison, at the beginning of 2021, the penetration of NEVs in China was still below 8 percent.

By comparison, at the beginning of 2021, China's NEV penetration rate was only 5-6 percent.

In a speech made late last November, Wang Chuanfu, chairman and president of BYD, China's largest maker of NEVs, said the country's NEV penetration rate will exceed 35 percent by the end of 2022.

While the NEV industry is growing at an impressive rate, industry insiders don't see that rate decreasing anytime soon.

"In terms of the domestic market, I don't think the growth rate will drop until the penetration rate of NEVs reaches 50 percent," Minsheng Securities analyst Deng Yongkang said in an event co-hosted by local media The Paper and Wallstreetcn in July.

China is the fastest growing market for electric vehicles, and the penetration rate here will definitely be much higher than in overseas markets, and could rise rapidly to 50 percent or even higher in the future, the analyst said.