Leapmotor delivers record 12,525 vehicles in Aug, up 4% from July 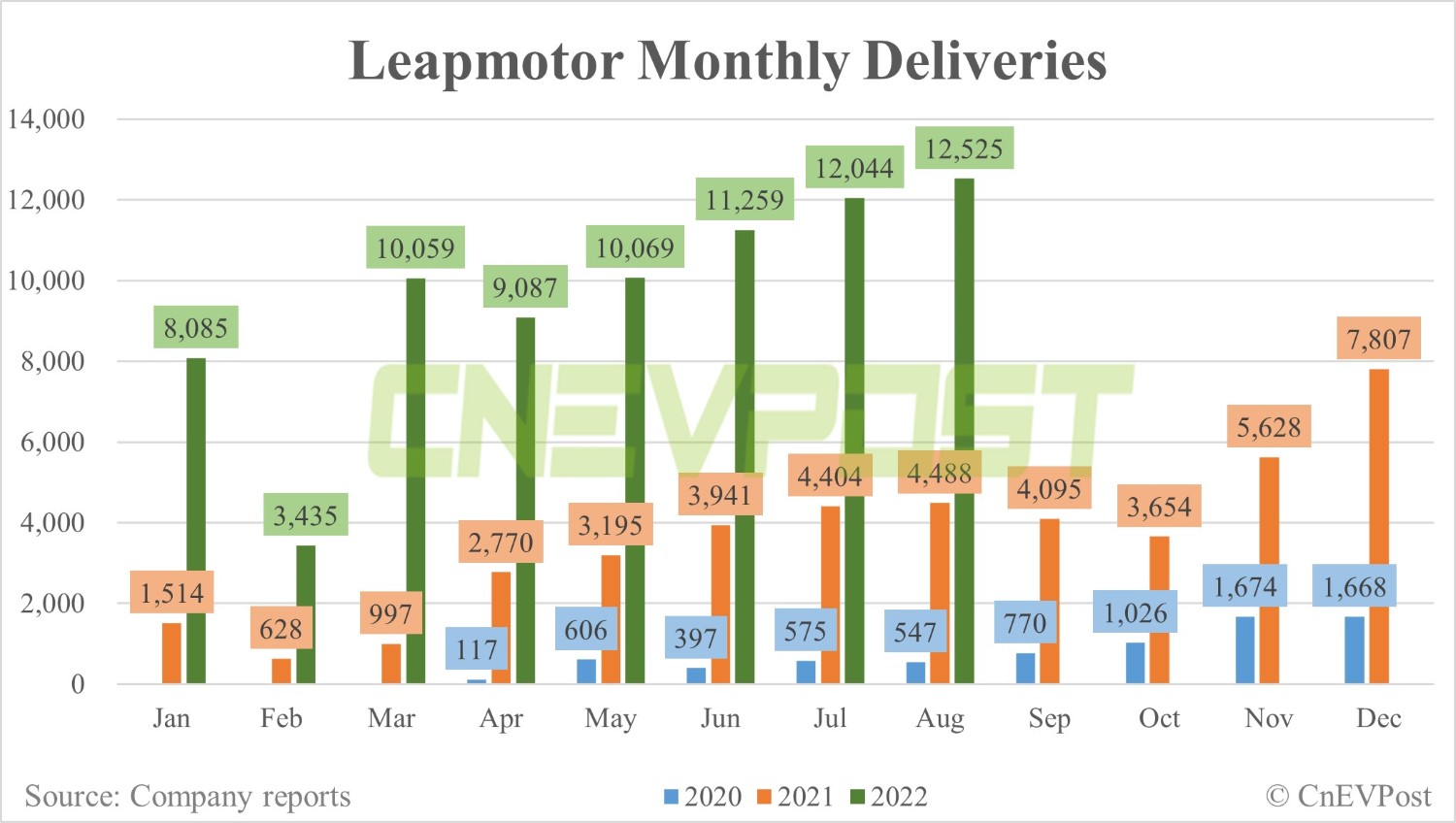 Leapmotor was founded in 2015 and is currently selling the mini car T03, the coupe model S01 and the flagship SUV model C11.

The Leapmotor C01 will be officially launched on September 28, the company said in a post on its official WeChat account on August 29.

On March 17, Leapmotor filed for a Hong Kong IPO and submitted the first version of its prospectus. The company's plan passed the Hong Kong Stock Exchange's listing hearing on August 29.

The Leapmotor C01 is built on the same platform as the C11 and has a length of 5,050 millimeters to rival best-selling electric vehicles at higher price points, the company said in its latest prospectus on the Hong Kong Stock Exchange.

The C01 Pro+ performance version has the fastest acceleration of any electric model in its price range, going from 0 to 100 kilometers per hour in 3.7 seconds, according to the prospectus.

Leapmotor said it expects to start delivering the C01 in the third quarter, making it the first emerging electric vehicle company in the world to use CTC technology that enables the integration of the battery module with the battery tray and body on a production vehicle.