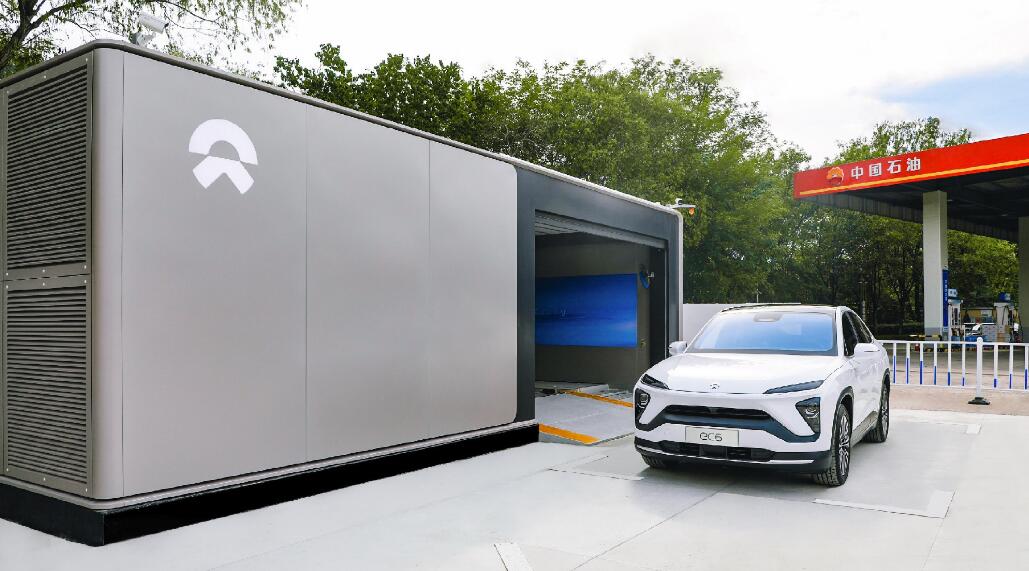 NIO on Thursday put into operation two battery swap stations it built with China National Petroleum Corp (CNPC), the country's largest oil and gas producer, bringing the number of facilities they have built together to eight.

On November 24 of last year, the two companies put the first two battery swap stations into operation in Shaanxi province in northwestern China, marking the beginning of their joint effort.

In addition to CNPC, other energy giants that have partnered with NIO on battery swap station construction include Sinopec and Shell.

On April 15 last year, NIO and Sinopec signed a strategic cooperation agreement and opened their first battery swap station in a Sinopec gas station in Beijing.

On August 1 this year, the first NIO-Shell battery swap station and supercharging station were put into operation in Xiamen, Fujian province, southeast China.

NIO did not provide more information about its partnership with CNPC, but the energy giant sees the latest development as an important step in its transformation.

The facility in Anshun, which has both a battery swap station as well as a charging station, is CNPC's first all-in-one integrated energy service station in Guizhou province, the oil giant said in a Weibo post today.

This marks a solid step forward for CNPC Guizhou sales company in promoting green development and accelerating energy transformation, which is an important milestone, the Weibo post said. 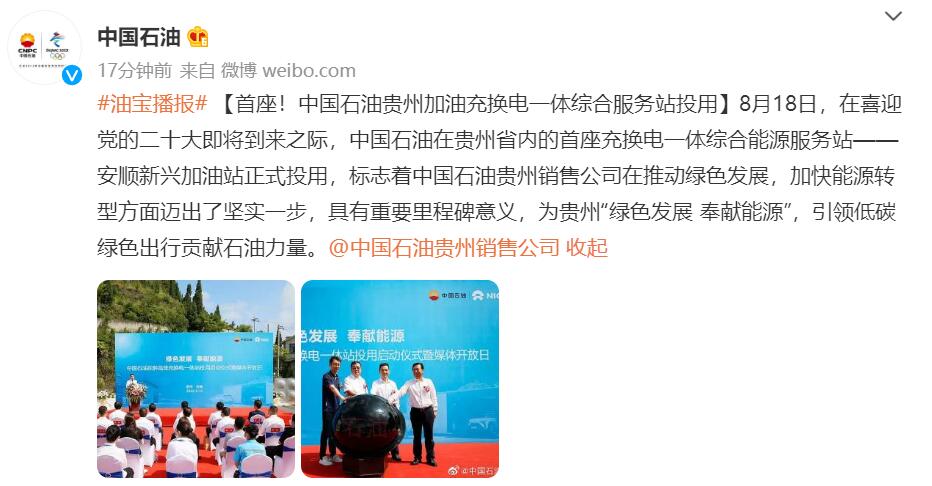 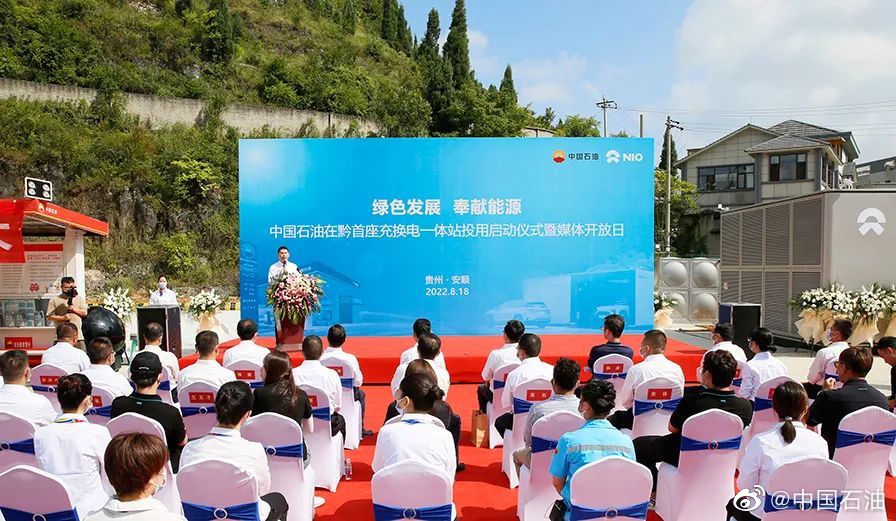 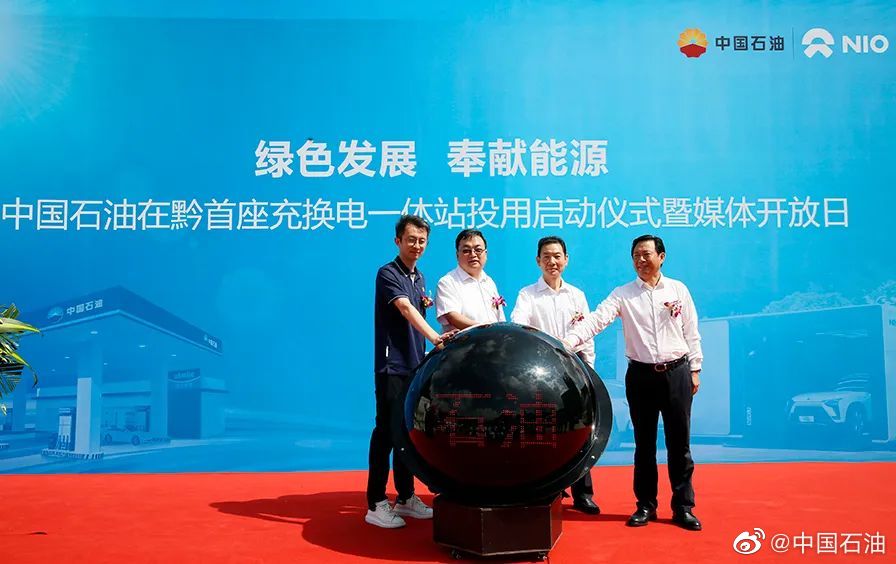