Further Reading: How does it feel to work on Tesla Giga Shanghai assembly line?

These workers are scattered throughout the assembly, welding, and battery shops, performing work that cannot yet be replaced by robots. 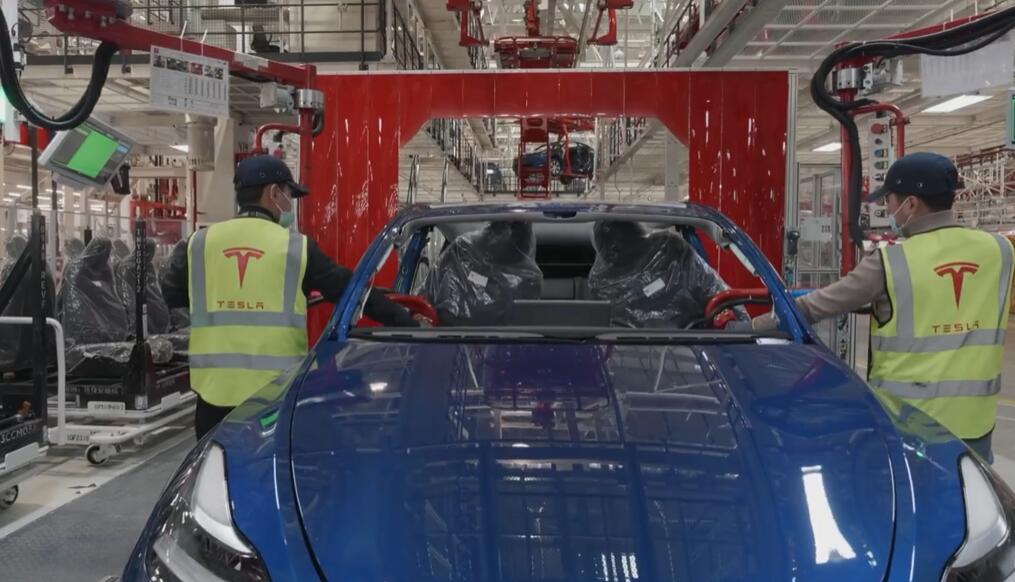 Giga Shanghai has quickly become Tesla's largest factory in the world, supported by a friendly policy environment and a low-cost labor supply.

So what's it like for the assembly line workers to work here? Local media outlet Auto Time provided plenty of interesting details in a story on Wednesday.

The following is part of what was said in the article.

Behind this, intelligence is certainly to be credited, but the contribution of more than 10,000 ordinary workers is also essential.

These workers are scattered all over the workshops, including final assembly, welding and battery, completing work that cannot be replaced by industrial robots yet.

They work like machines every day to complete their regular jobs, and as Tesla's production capacity rises, so does the intensity of the work.

Each quarter, Tesla gives workers a performance review and a bonus of between 1,000 yuan ($150) and 6,000 yuan each. And after the bonuses are paid out, it's usually the peak time for the average worker to leave.

Some people apply for jobs at Tesla factories for the higher pay, but the reality of the work is far more intense and becomes a major reason for them to leave.

Others decided to leave because they could not accept the fact that they had been installing screws on the assembly line.

Many people found out how valuable freedom is only after they entered the assembly line.

If you wish to read the whole article in Chinese, you can click here, or click here to read the automatically translated version.

Further Reading is a new section of CnEVPost that aims to share articles we see that are worth reading.