China accounts for 59% of global NEV sales in H1

By comparison, the US and Europe contributed 11 percent and 26 percent of global new energy vehicle sales, respectively, in the first half of the year. 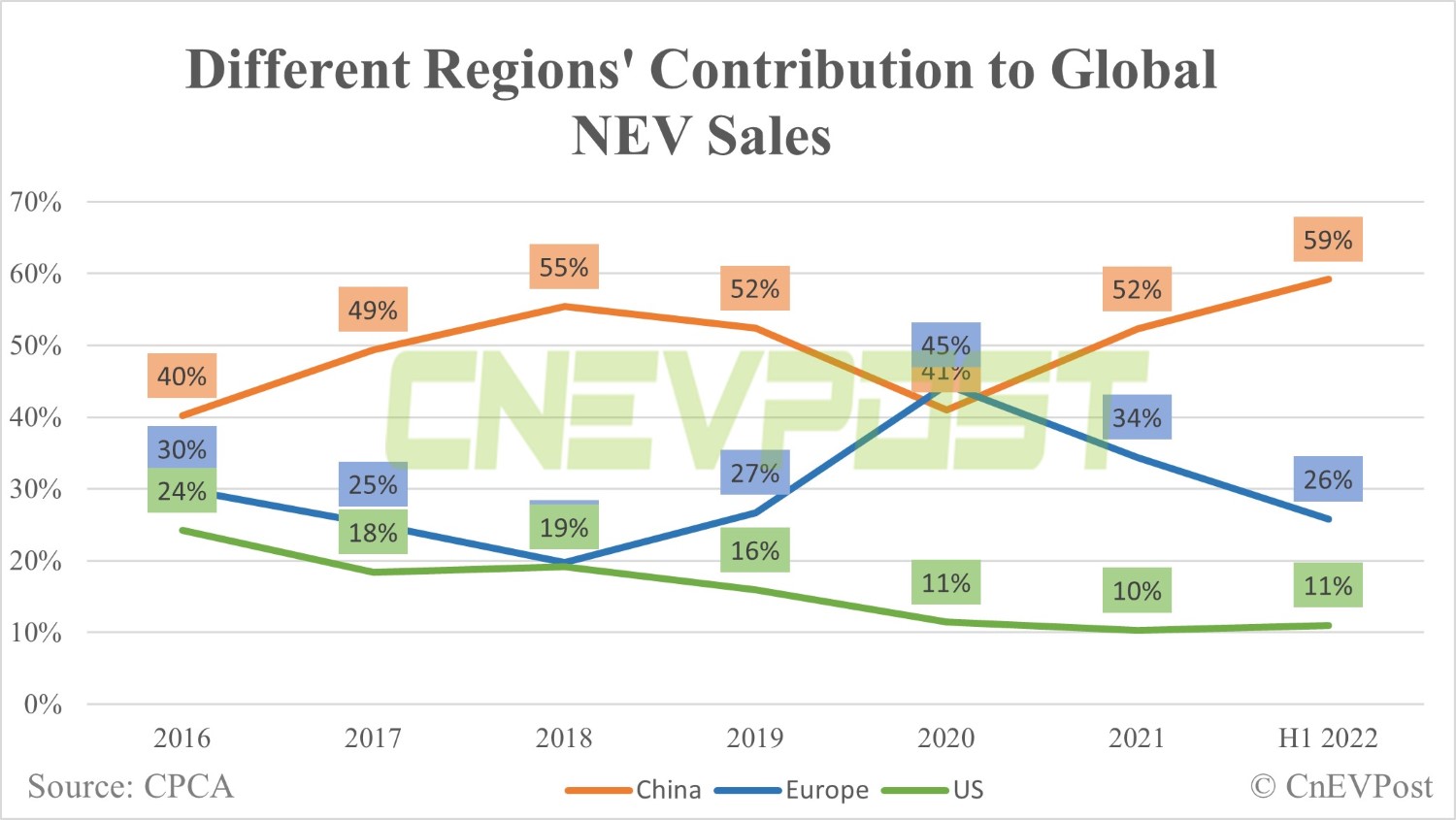 The world sold 4.24 million new energy vehicles (NEVs) in the first half of this year, of which China contributed 2.51 million, or 59 percent, according to data released today by the China Passenger Car Association (CPCA).

For comparison, the US and Europe contributed 11 percent and 26 percent of global NEV sales in the first half of the year, respectively.

China's lead in global NEV sales is due to smooth supply and strong demand, while production and sales of both conventional vehicles and NEVs in Europe were low in the first half, Cui Dongshu, secretary-general of the China Passenger Car Association, said in an article today.

Improved supply, along with expectations of higher oil prices, is driving a continued boom in the NEV market, the CPCA said earlier this month, adding that, in particular, higher oil prices, while electricity prices remain unchanged, are allowing strong orders for electric vehicles.

It's worth noting that July is traditionally a slow month for China's auto market, and NEV sales could also be affected.

From July 1-24, China's passenger vehicle retail sales were 1.16 million units, up 19 percent from a year earlier and down 10 percent from the same period in June, data released by the CPCA on July 27 showed.

China's NEV sales in June exceeded expectations and hit a record high, but the market was starting to worry about weaker demand in the first two weeks of July, local brokerage firm CICC said in a July 19 research report.