Against the backdrop of the halving of the ICE vehicle purchase tax, not only were NEVs unaffected, they improved more than expected sequentially, the CPCA said. 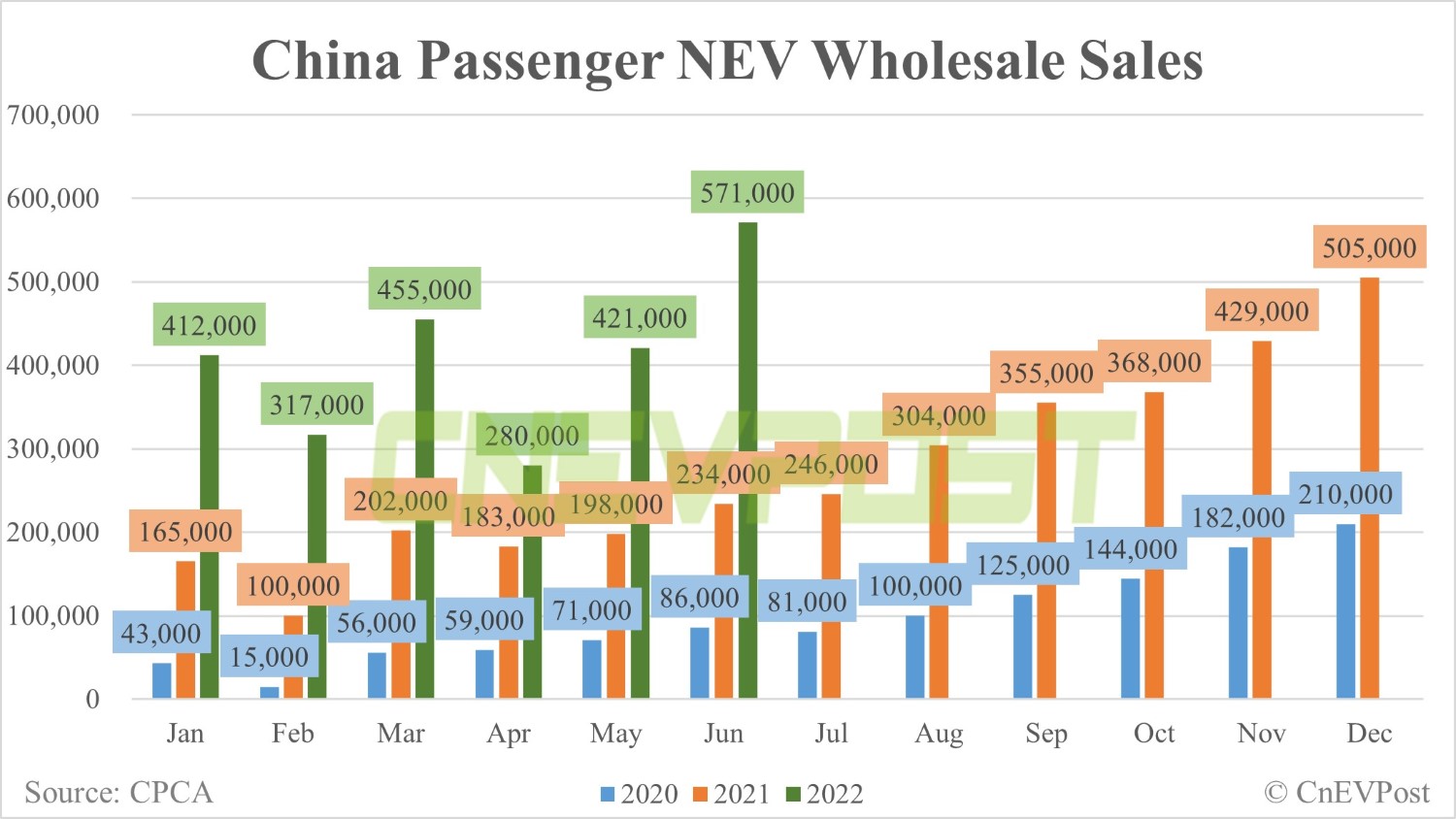 This represents a year-on-year increase of 141.4 percent, up 35.3 percent from May, the CPCA said, adding that not only were new energy vehicles (NEVs) unaffected by the start of the halving of the purchase tax on internal combustion engine (ICE) vehicles, but the sequential improvement also exceeded expectations.

Chinese consumers currently enjoy purchase tax exemptions for NEVs, and the country has reduced the purchase tax on ICE vehicles since June in an effort to spur economic growth.

The purchase tax was reduced from 10 percent to 5 percent for passenger vehicles of 2.0-liter displacement and below with a buying date between June 1 and December 31 and with a price tag not exceeding RMB 300,000 ($45,060).

In June, battery electric vehicles (BEVs) continued to account for the vast majority of NEV sales, with wholesale sales of 452,000 units, or 79 percent. Plug-in hybrid vehicles (PHEVs) accounted for 119,000 units of wholesale sales in June.

From January to June, wholesale sales of new energy passenger vehicles in China were 2,467,000 units, up 122.9 percent year-on-year.

Retail sales of new energy passenger vehicles in China from January to June were 2.248 million units, up 122.5 percent year-on-year.

Improved supply, along with expectations of higher oil prices, is driving a continued boom in the NEV market, the CPCA said, adding that rising oil prices and unchanged electricity prices, in particular, are allowing for strong orders for electric vehicles.

The year-on-year performance of both NEV and ICE vehicle sales in June was significantly boosted by policy, the CPCA noted.

Local governments introduced policies to encourage consumption, with some subsidies and consumer vouchers falling on a first-come, first-served basis or ending at the end of June, further boosting the auto market's hot sales, the CPCA said.

In June, the penetration rate of NEVs reached 45 percent for local brands and 27.5 percent for luxury brands, compared to 4.8 percent for mainstream joint venture brands.