The joint venture plans to begin small-scale deliveries of robotrucks in 2022 and 2023, with mass production of L4 trucks to begin in 2024.

The joint venture will develop, manufacture and sell L4 self-driving heavy trucks and create a high-end autonomous truck brand, according to a press release from Pony.ai.

The joint venture plans to start small-scale deliveries of the robotrucks in 2022 and 2023, with mass production of L4 trucks starting in 2024 and reaching an annual production capacity of about 10,000 trucks within a few years. 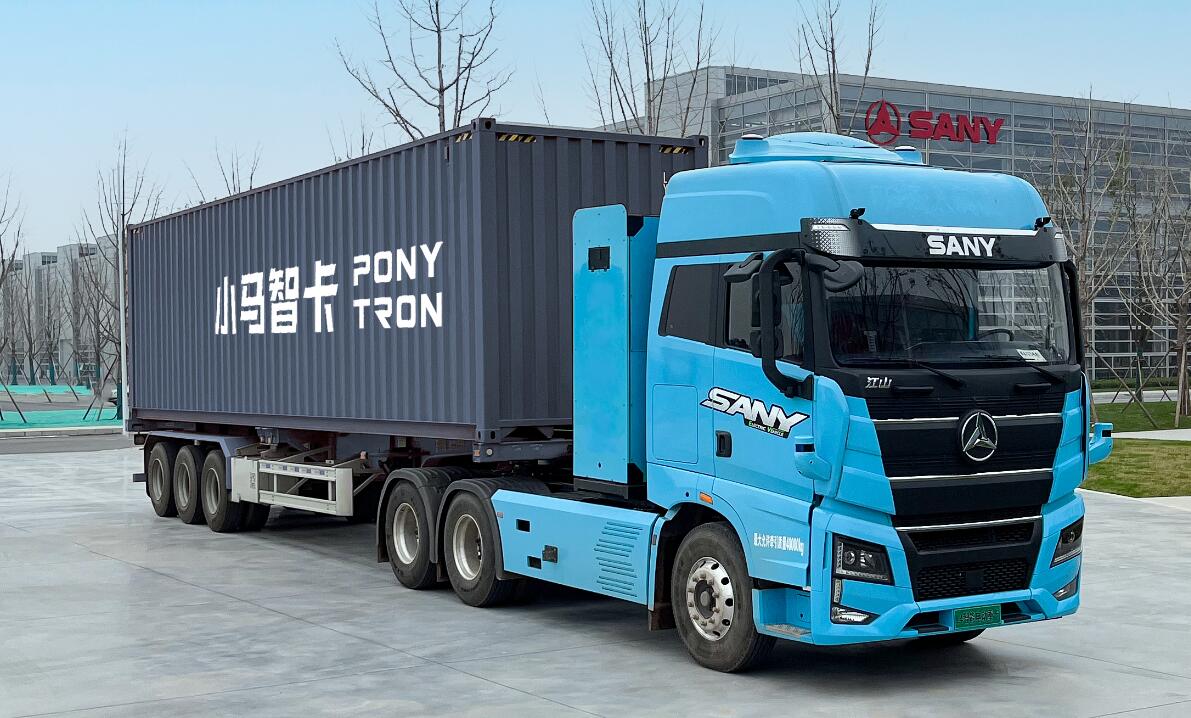 Pony.ai's autonomous driving controller (ADC), designed on NVIDIA DRIVE Orin system-on-chip, will be used in the smart truck produced by the joint venture.

The two companies will leverage Pony.ai's virtual driver technology capabilities with SANY's technology in the area of wire-controlled chassis and vehicle development to jointly develop future-proof L4 high-end smart heavy-duty truck products, according to the release.

Late last month, Pony.ai announced that it officially began delivering samples of its ADC to customers based on NVIDIA's DRIVE Hyperion computing architecture and DRIVE Orin system-on-chip, with volume production of the domain controller to begin in the fourth quarter.

The ADC is available in two versions, with one and two DRIVE Orin chips, with 254 TOPS and 508 TOPS of computing power, respectively.

With the ADC and Pony.ai's self-driving hardware and software, vehicles can perform a variety of smart driving functions on busy urban open roads as well as expressways, the company said.

The partnership with SANY is Pony.ai's latest effort in the truck space.

On April 1, Cyantron, a self-driving truck company launched by Pony.ai and local logistics company Sinotrans Limited, began operations. Based in Guangzhou, Cyantron has established its first subsidiary in Qingdao.

According to Pony.ai’s robotruck operations experience, based on vehicle planning and control as well as route planning, autonomous trucks can save 10 percent-20 percent of energy compared with conventional trucks, today's release said.