The X2's controls feel right at the fingertips, and it will go wherever the driver wants it to go, according to XPeng CEO He Xiaopeng. 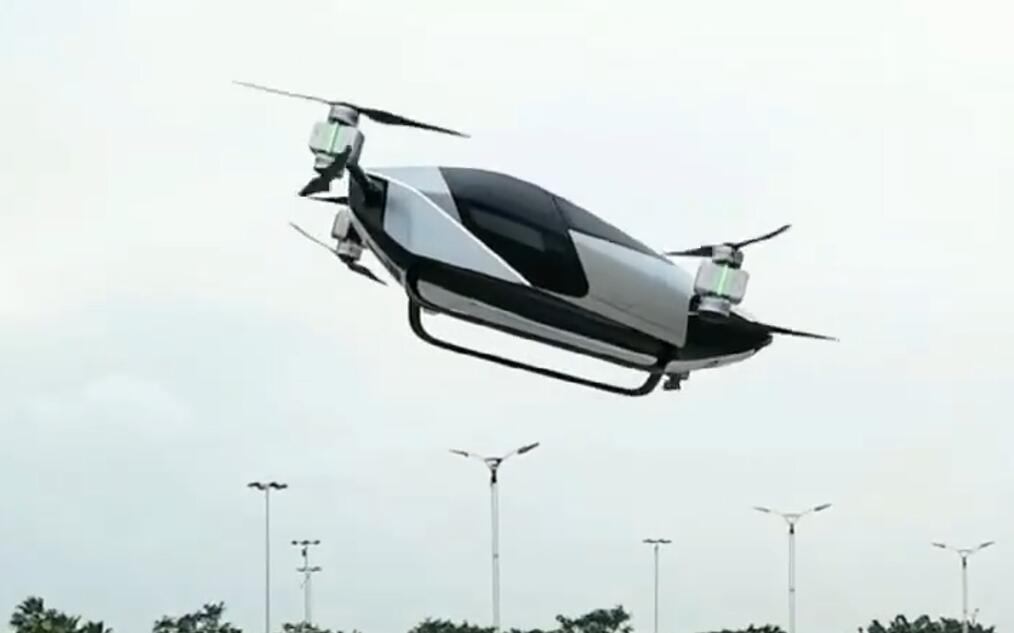 As background, HT Aero is a technology unit majority-owned by XPeng and Mr. He. The company unveiled the Voyager X1, its fourth-generation intelligent electric manned vehicle, at the Shanghai auto show in April 2021.

On July 16 last year, Mr. He unveiled the fifth-generation Voyager X2 via Weibo, saying, "This marks another step closer to a more widely available and safe flying car."

The video shared by Mr. He today shows the X2's agility during flight, including rapid speed boosts and attitude changes.

The X2's controls feel right at the fingertips, and it goes where the driver wants it to go, bringing the feeling of playing FPV (First Person View) drone, according to Mr. He. 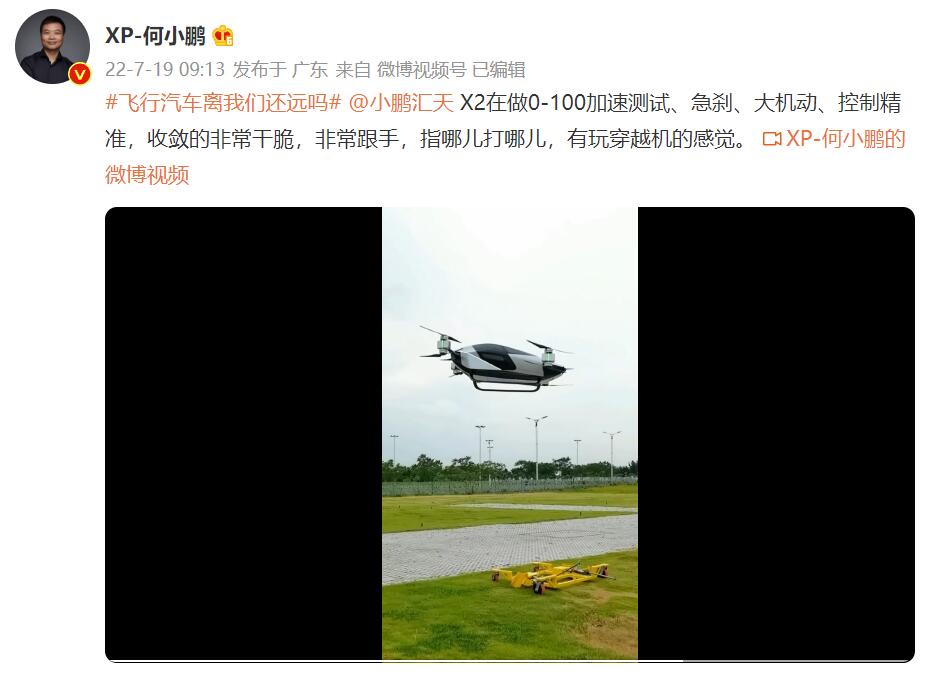 The X2 weighs 360 kg and has a maximum takeoff weight of 560 kg. It has a range of 35 minutes and can fly at speeds of up to 130 km/h, according to information previously announced by HT Aero.

The X2 has autonomous flight path planning capabilities, and through multiple sensors, the X2 can monitor the ground, self-help return to land, and two-way real-time communication over 100 km.

In terms of safety design, X2 has eight independent battery groups for redundant power supply, and 4 axes and 8 paddles for multi-motor power backup.

Another video posted by He on Weibo on July 13 showed that the driver can drive a flying vehicle like driving a normal car.

"We have taken the way cars operate and creatively revised and applied it to the flying system to make it less difficult to learn to fly," he said at the time.

Last September, HT Aero's president, Zhao Deli, said the company would announce the exact price and specifications of its flying car in 2023 and would make small deliveries in 2024.

In late March, Mr. He said in an interview with several local media outlets that HT Aero was expected to see significant progress on a new flying car prototype this year.

However, in the comments section of Mr. He's Weibo today, some said that the current problem is not with flight control technology, but with the near-impossibility of opening up China's low-altitude airspace.

In fact, CnEVPost has also mentioned that the lack of policies and regulations is the key to the difficulty of commercializing flying cars.

This means that flying cars do not actually fall into the category of "cars" and that existing ground transportation systems and regulations do not apply to them.

However, in the past two years, China seems to be pushing for deregulation in this area.

The Civil Aviation Administration of China (CAAC) has begun a field review of the EHang EH216 autonomous aircraft in April 2021, signaling that the sector is expected to move forward in terms of regulation.

On July 17 last year, CCTV reported that Hunan became the first province in China to be allowed to conduct a pilot program for all-area low-altitude flights.