Tesla contributes half of all NEV exports from China in H1

Tesla's Shanghai plant has become not only an export hub for the US electric vehicle (EV) maker, but also a key driver of growth in new energy vehicle (NEV) exports from China.

In the first half of the year, vehicle exports from China reached 1.22 million units, up 47.1 percent from a year earlier, according to data released Thursday by the China Association of Automobile Manufacturers (CAAM).

Although the CAAM did not specify, about half of these NEV exports were contributed by Tesla.

Tesla's Shanghai plant exported 97,182 vehicles in the first half of the year, accounting for 48 percent of all NEVs exported from China in the same period, according to data from the China Passenger Car Association (CPCA) monitored by CnEVPost. 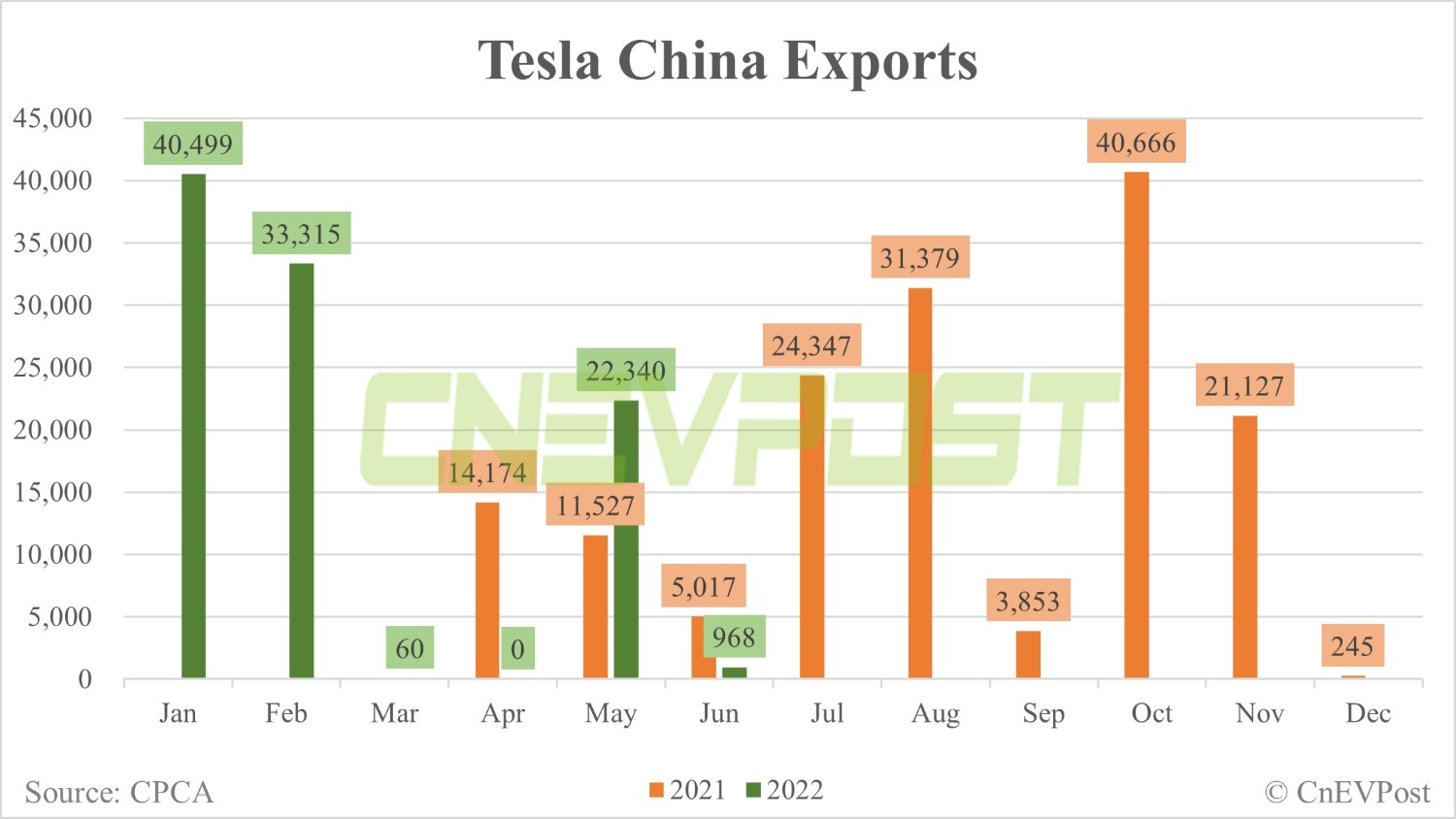 Tesla China's exports this year were concentrated in the first two months, with 40,499 and 33,315 units exported in January and February, respectively.

In March, Tesla China exported only 60 vehicles due to the end of the season as mentioned by the CPCA, with 65,754 vehicles delivered in China.

Due to the Covid outbreak in Shanghai, Tesla's Shanghai plant halted production from March 28 to April 19, causing exports to drop to zero in April.

As production resumed, the plant exported 22,340 vehicles in May and delivered 9,825 units in China.

Last month, Tesla ramped up deliveries of orders to Chinese consumers, and exports dropped to less than 1,000 units despite its production returning to full normalcy.

Vehicles produced at Tesla's Shanghai plant are continuing to be shipped to the Asia-Pacific region and global markets, allowing more consumers around the world to get up close with the "unique charm" of smart manufacturing in China, the source said.