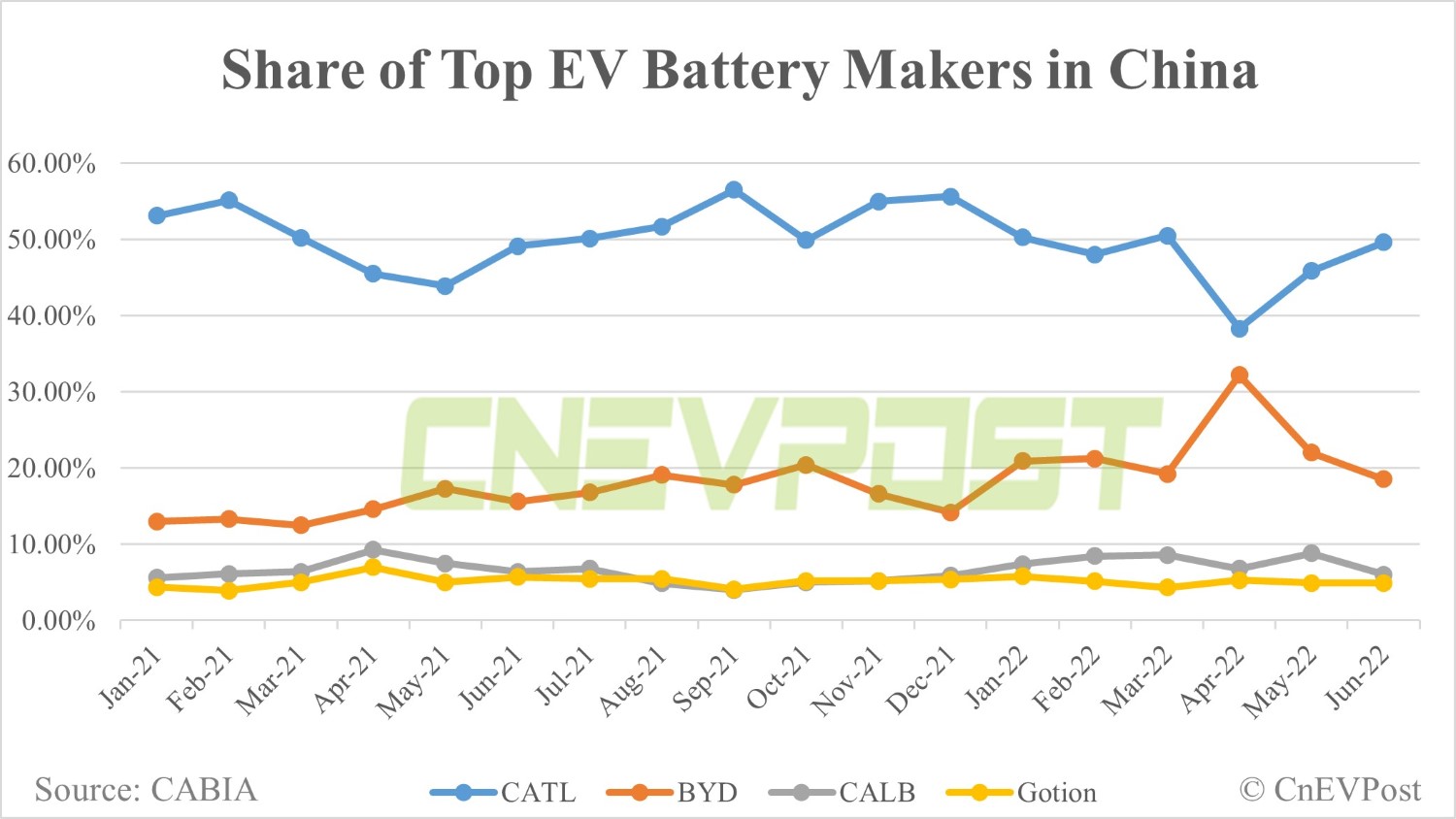 CATL installed 13.4 GWh of power batteries in China in June, ranking first with a 49.6 percent share, according to data released today by the China Automotive Battery Innovation Alliance (CABIA).

This is the second consecutive increase in CATL's market share, after dropping to 38.28 percent in April in China.

This is BYD's second consecutive month of decline in China's power battery market share, returning to the level at the beginning of the year. In April, BYD's share reached a record 32.18 percent.

Notably, CATL's lead over BYD in the power cell market widened as its key customers saw a big jump in deliveries in June.

BYD, whose power batteries are mainly supplied to the company's passenger car business, sold a record 134,036 new energy vehicles in June, the fourth consecutive month of more than 100,000 units. 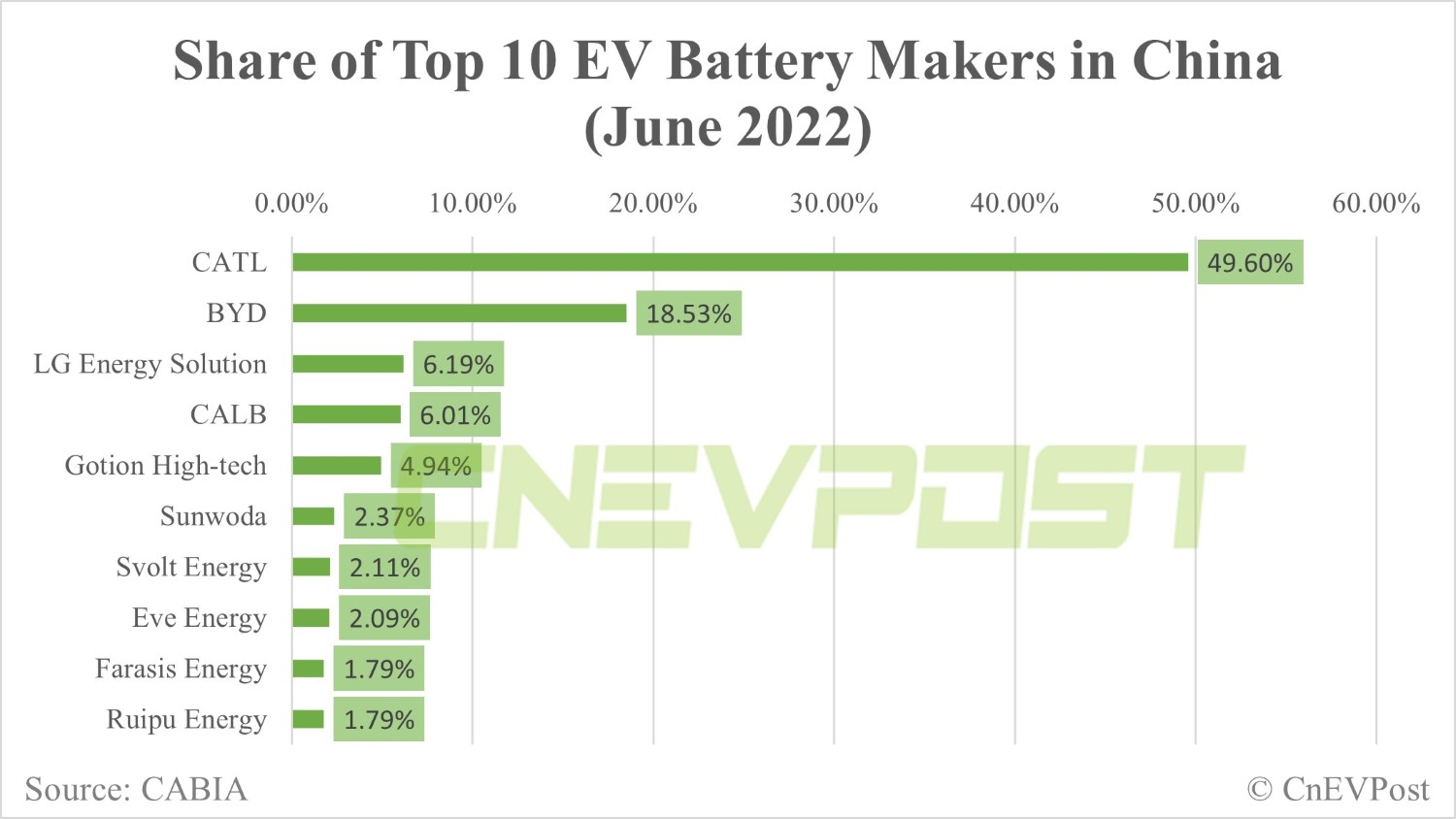 LG Energy Solution ranked third with a 6.19 percent share in June with 1.67 GWh installed in China. 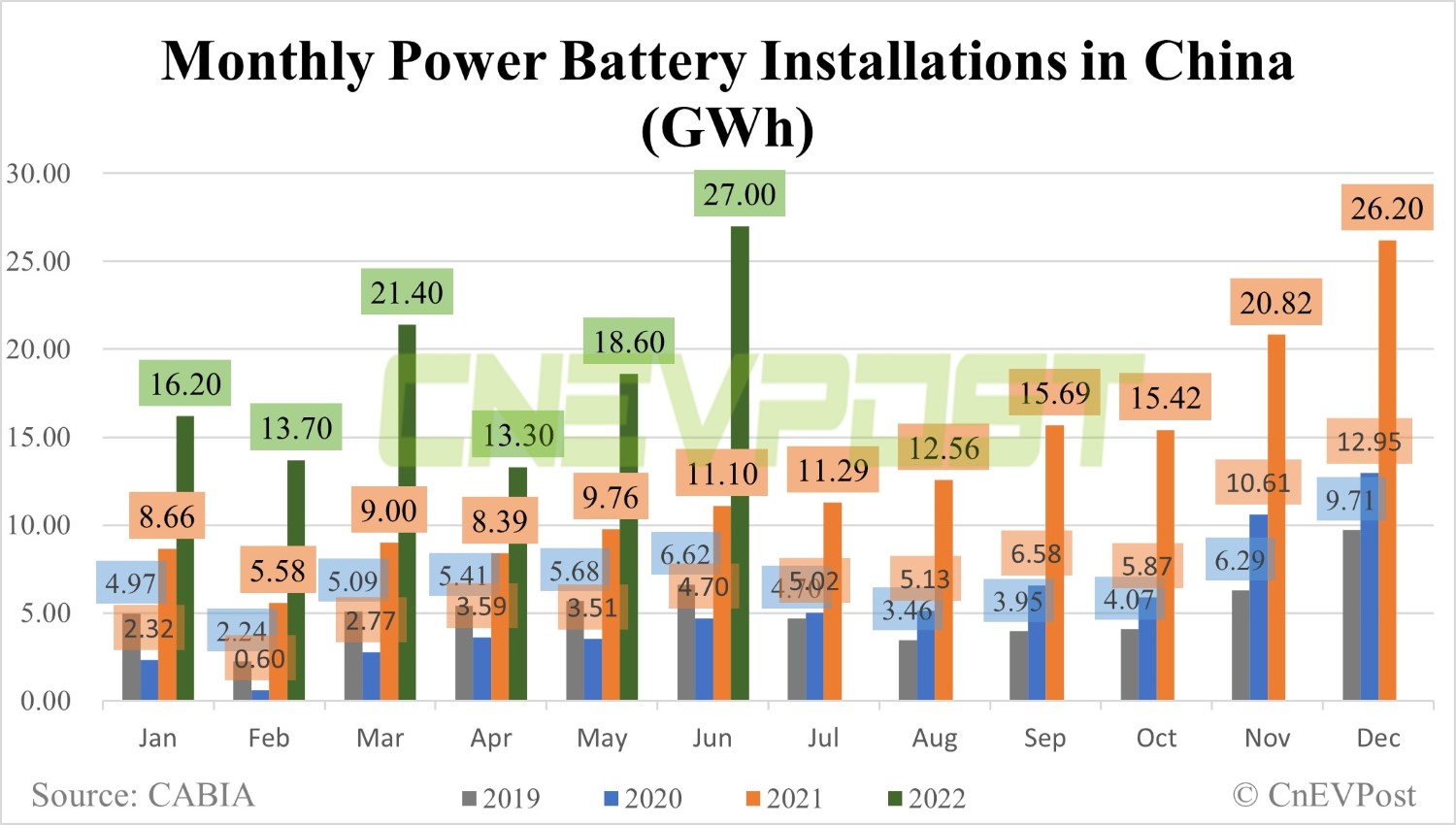 Among them, the installed base of ternary batteries was 11.6 GWh, accounting for 42.9 percent of the total installed base, up 94.9 percent year-on-year and 39.4 percent from May.

The installed base of LFP batteries was 15.4 GWh, accounting for 57.1 percent of the total installed base, up 201.5 percent year-on-year and up 50.7 percent from May.

From January to June, the installed base of power batteries in China was 110.1 GWh, an increase of 109.8 percent year-on-year.