Edison Yu's team expects overall Chinese EV sales to set a new record in June and continue to increase through the rest of the year. 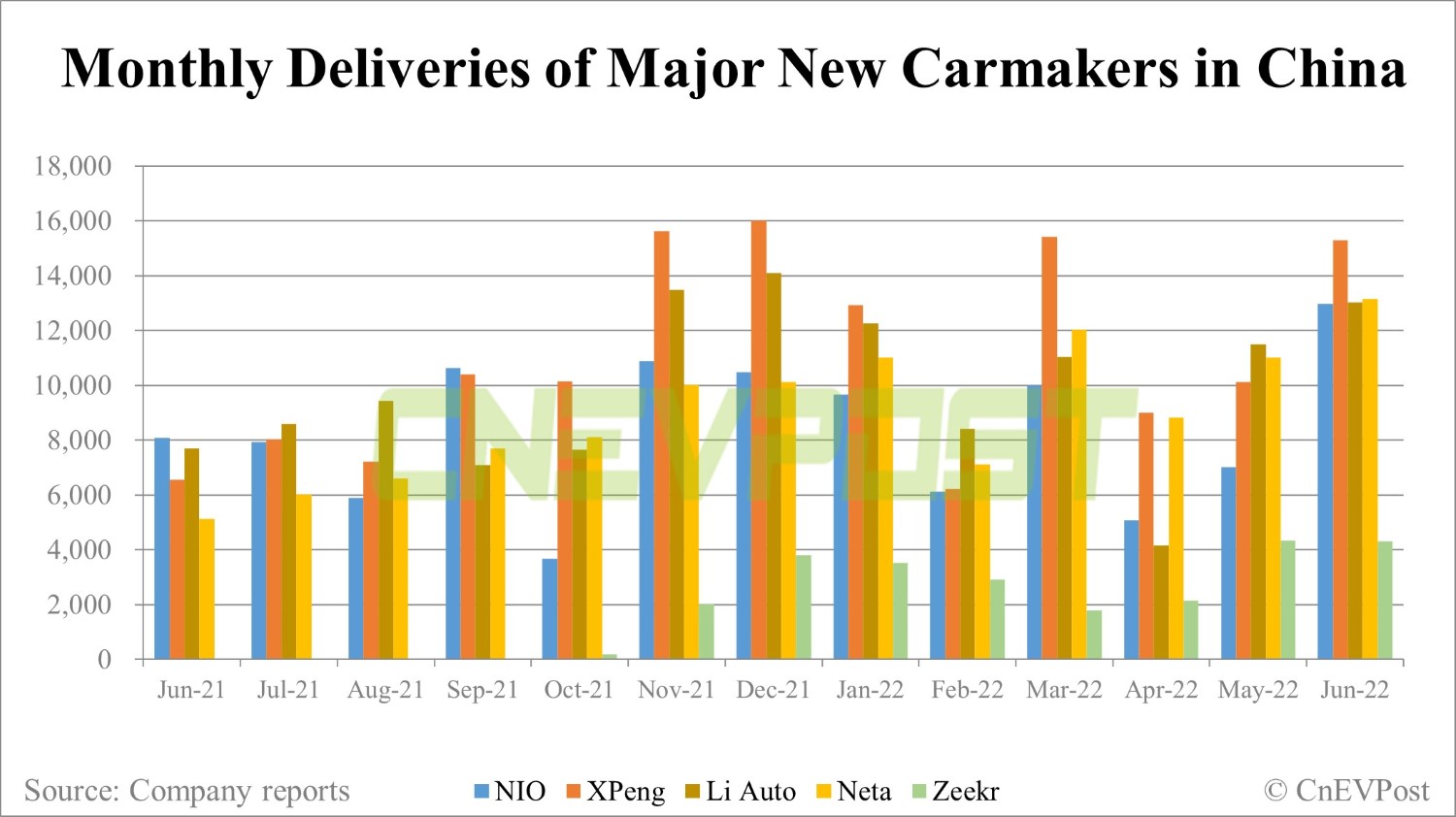 The following is from the team's note.

Fab 5 China EV sales came in generally better than expected in June as the industry appears to have fully recovered from the COVID lock-downs.

XPeng reclaimed the top spot in terms of volume while NIO, LI, and Hozon Neta essentially sold the same amount.

Overall, we expect overall EV sales to set a new record in June and to continue increasing through the rest of the year.

In August, XPeng plans to begin accepting pre-orders for its new G9 SUV which should start deliveries in September.

Li Auto delivered 13,024 units (+13% MoM, +69% YoY), coming in ahead of our forecast. Li Auto's second model, the L9 full-size EREV SUV, was officially unveiled in June and will start deliveries by the end of August.

EC6 sales were softer than anticipated, perhaps suggesting some cannibalization from upcoming new ES7 which was officially unveiled in June and will begin deliveries in late August.