Sales of major Chinese automakers' NEVs grew at a rapid pace in June, with retail sales expected to approach 500,000 units, the CPCA said. 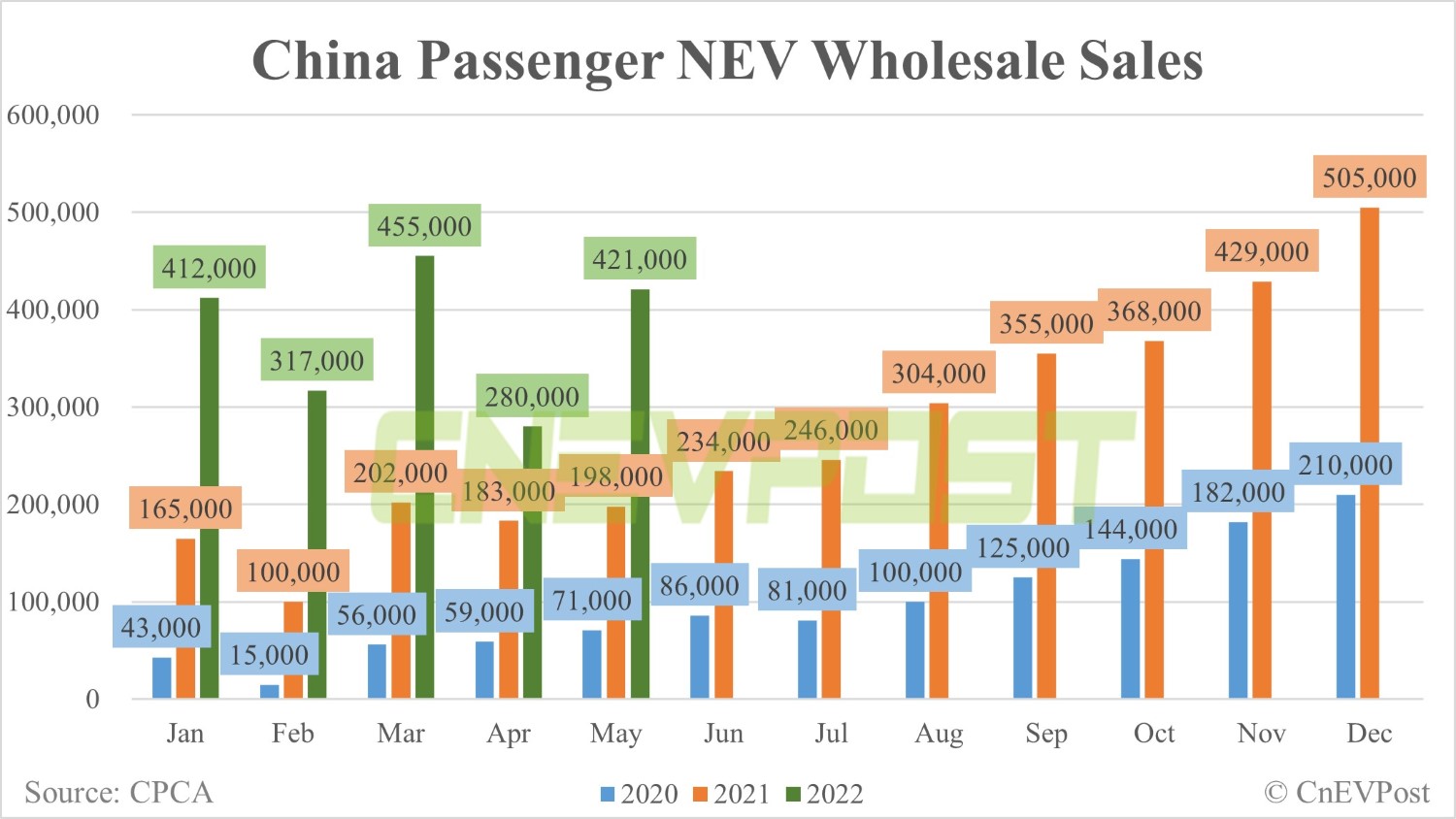 So far, June retail sales have performed better than the industry had expected, and the overall retail performance is worthy of anticipation, the CPCA said in an article.

From June 1-26, retail sales of all passenger vehicles in China were 1.42 million units, up 27 percent year-on-year and up 37 percent from the same period last month, the CPCA said.

Wholesale sales of passenger vehicles were 1.5 million units, up 40 percent year-on-year and up 34 percent from the same period last month. 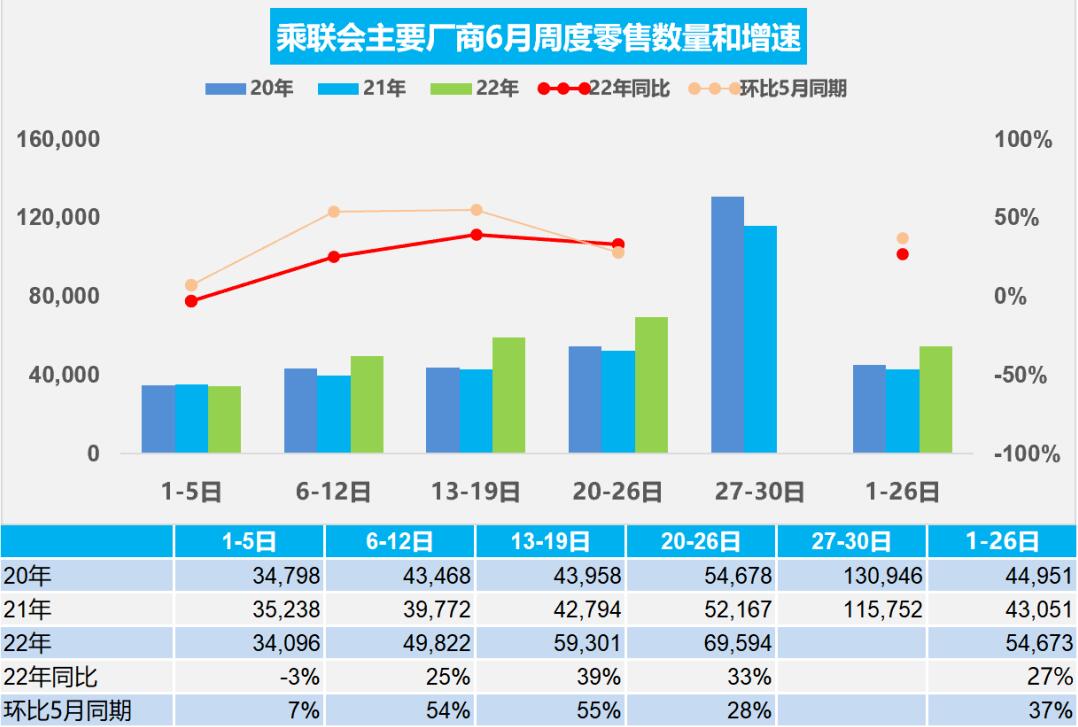 The introduction of the policy of halving the purchase tax on internal combustion engine vehicles, the relaxation of Covid control, and the recent policies introduced by local governments to boost the economy and promote consumption have contributed to the recovery of the automotive market, the CPCA said.

It is worth noting that consumers are not eager to buy cars at the beginning of the stimulus rollout, so the effect will be most pronounced in the fourth quarter when the stimulus starts to withdraw, the CPCA noted.

For the NEV sector, CITIC Securities made a similar point in a research note last week.

With the recovery of factory capacity and the launch of new models, China's NEV sales are expected to reach 543,000 - 553,000 units in June, CITIC Securities said in a research note on June 22.

If CITIC Securities' forecast comes true, it would mean that China's NEV sales will set another record in June, 7.5 percent higher than the previous record of 505,000 units in December last year.

In May, China's NEV sales reached 420,000 units, having largely recovered to March levels, with an electrification rate of 26 percent, CITIC Securities noted.