Li Auto to issue up to $2 billion in additional ADSs, shares down 5% in early trading

Update: Added more content and Li Auto's stock price performance at the beginning of the US trading session.

Li Auto's move seems to be a preparation for its capital needs in the coming years. As of March 31, it had cash reserves of RMB 51.19 billion

The company has filed a prospectus supplement to sell up to a total of $2 billion in American Depositary Shares (ADSs), each representing two Class A ordinary shares of the company, in an at-the-market stock offering program on the Nasdaq, according to a press release it issued today.

Li Auto intends to use the net proceeds of the offering for:

Li Auto's move comes as its shares have risen nearly 80 percent in the past two months, though it caused the company to fall 5 percent in early trading as of press time. 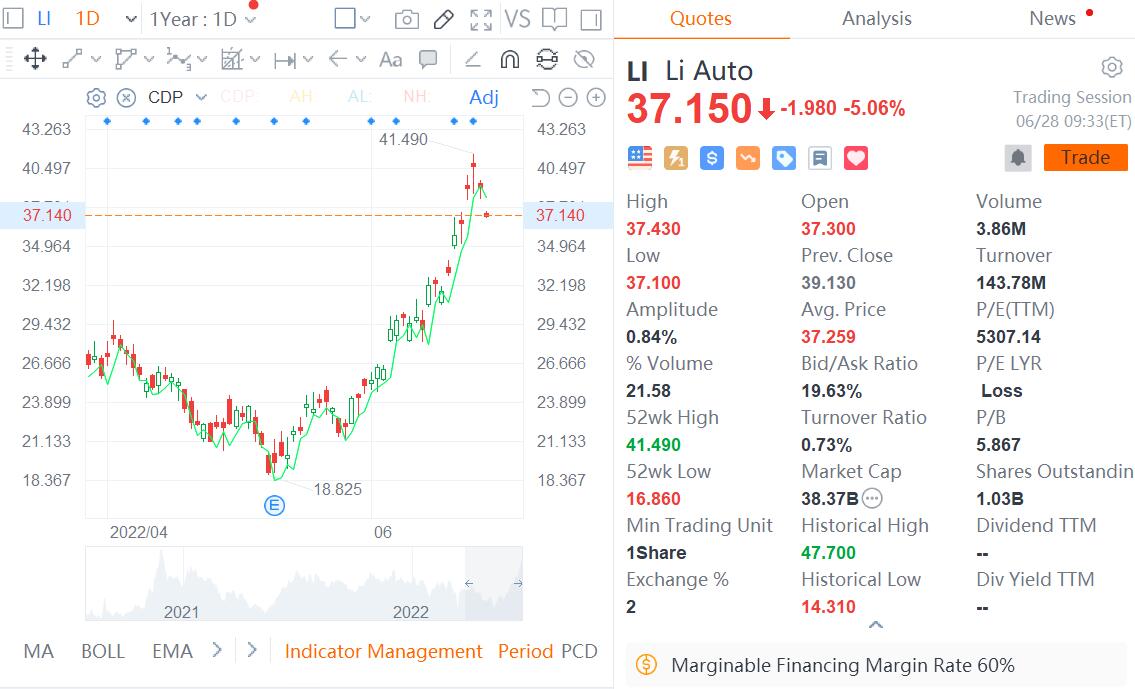 The company currently has ample cash reserves, and by issuing new ADSs to raise capital, it appears to be preparing for its capital needs over the next few years.

As of March 31, 2022, Li Auto's balance of cash and cash equivalents, restricted cash, time deposits and short-term investments was RMB 51.19 billion, according to its first-quarter earnings report released on May 10.

Li Auto will leverage five different platforms to support its future product matrix, including an extended-range platform, an 800V high-voltage pure-electric platform, autonomous driving, an intelligent cockpit and electrical and electronic architecture, said Li Xiang, the company's founder, chairman and CEO, in a conference call following the announcement of its first-quarter results.

The company's future all-electric models will bring a completely different form factor than anything currently on the market and will not impact the company's existing products, he said.

Notably, Li Auto appears to have recently been teasing a pure electric model for next year.

CATL unveiled the Qilin Battery on June 23, which it says will easily give vehicles a 1,000-kilometer range and will be in mass production by 2023.

In a subsequent report by Shanghai Securities News, CATL confirmed that Li Auto's upcoming model will be powered by Qilin Battery, but provided no further details.