Tencent aims to use its cloud technology to help automakers build cars, restrains from jumping on car-making bandwagon

Tencent will provide the auto industry with a low-threshold, customized platform and tools to make the cloud the new productivity of smart cars, one executive said.

The electric vehicle (EV) industry is now seen as a new growth point for many tech companies in China, attracting tech giants including Baidu and Xiaomi. Many have also been wondering whether Tencent, one of China's most resourceful companies, will join the bandwagon.

At a June 24 online conference on intelligent mobility, a Tencent executive again emphasized that the company would not be directly involved in building cars. But that doesn't mean it will avoid the industry altogether; rather, the tech giant wants its technology to be one of the drivers of the industry's growth.

Tencent perseveres not to be an automaker but will help car companies build quality vehicles, boost company management efficiency and improve mobility experience, Dowson Tong, Senior Executive Vice President of Tencent and CEO of the company's Cloud and Smart Industry Group, said at the event. 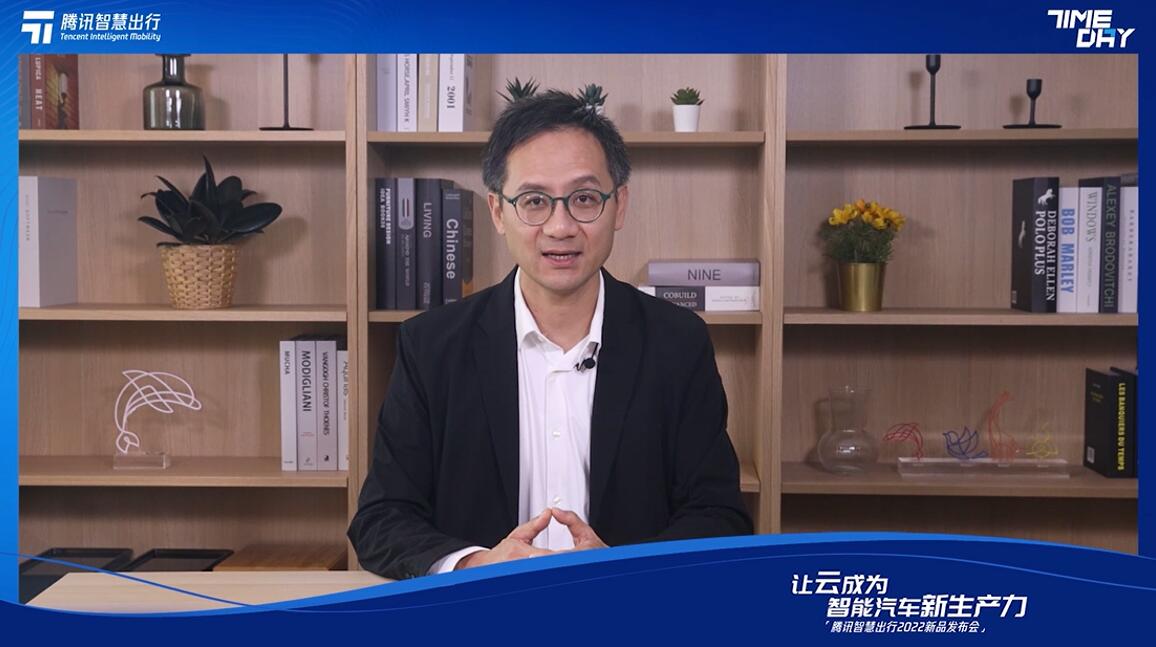 Tencent will leverage its technologies, including cloud computing, AI and big data, to provide the automotive industry with low-threshold, customized platforms and tools to make the cloud the new productivity of smart cars, Tong said.

The strategy of China's largest social media and gaming giant is based on their judgment that the demand for cloud computing will grow rapidly along with the rapid growth of the smart car industry.

Self-driving cars generate roughly 8 to 32 terabytes of data for every eight hours of driving, which requires powerful data processing, transmission and storage capabilities, according to Tong.

The development of smart cars and autonomous driving has made digital technologies, including chips, AIoT and edge computing, as important core components as engines and transmissions, he said.

So how will Tencent help automakers build cars? Tong cited the following examples:

Tencent launched the Intelligent Automobile Cloud and Integrated Auto Safety Solution at the event, aiming to provide a low-threshold customized platform and toolchain for the industry and make the cloud the new productivity of intelligent cars.

In the past few years, Tencent's I Intelligent Mobility has served more than 100 automakers and mobility technology companies, according to Tong.

Jidu unveiled its ROBO-01 concept earlier this month, and CEO Xia Yiping said the company's first production model is positioned as a mid-size SUV that will compete directly with the Tesla Model Y.

Smartphone giant Xiaomi officially announced plans to build cars in March 2021, and at the end of March this year the company said the size of its R&D team for its car business had exceeded 1,000 people.

E-commerce giant Alibaba, while not directly involved in building cars, has joined SAIC and Zhangjiang Hi-Tech in creating IM Motors, a high-end EV brand, whose first model, the L7, began deliveries this month.

Huawei has also been emphasizing that the company won't build cars, but it has joined forces with Seres, a brand owned by Chongqing Sokon, to create the EV brand AITO, and has also worked closely with a number of auto brands, including Changan Automobile's Avatr Technology and BAIC's Arcfox.