Lotus has become the latest car brand, after Li Auto and Neta, to be reported to be using CATL's Qilin Battery. 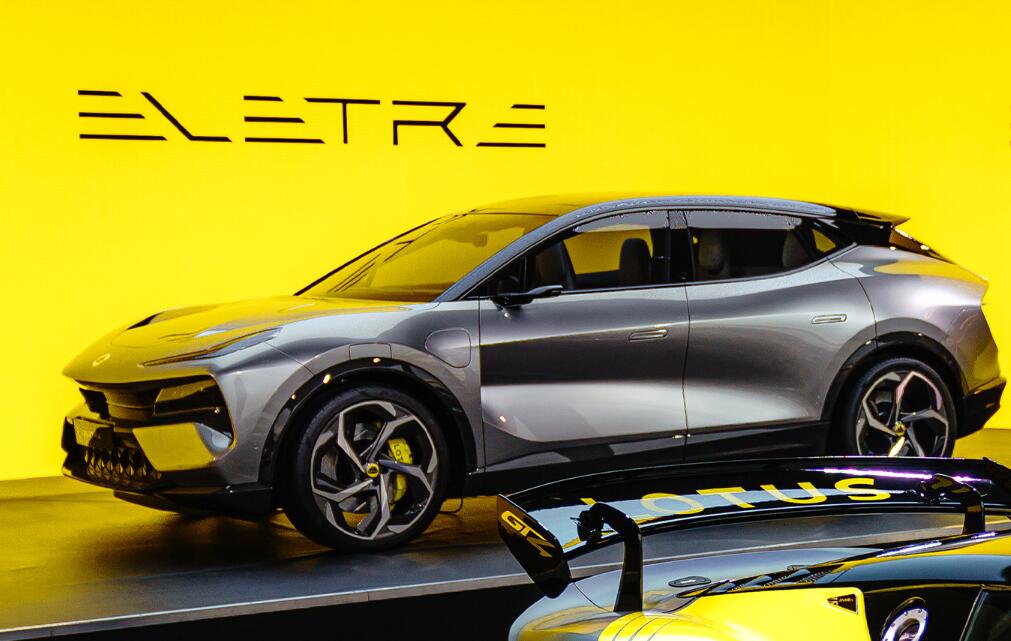 Lotus Technology, owned by Geely and based in Wuhan, Hubei province in central China, will be equipping its first all-electric vehicle, the Eletre, with CATL's Qilin Battery that was unveiled yesterday, local media Cailian reported today.

Earlier today, Lotus' official Weibo account hinted at the partnership when it reposted a CATL video about the introduction of the Qilin Battery, saying, "Lotus is going on a new journey with its good partner." 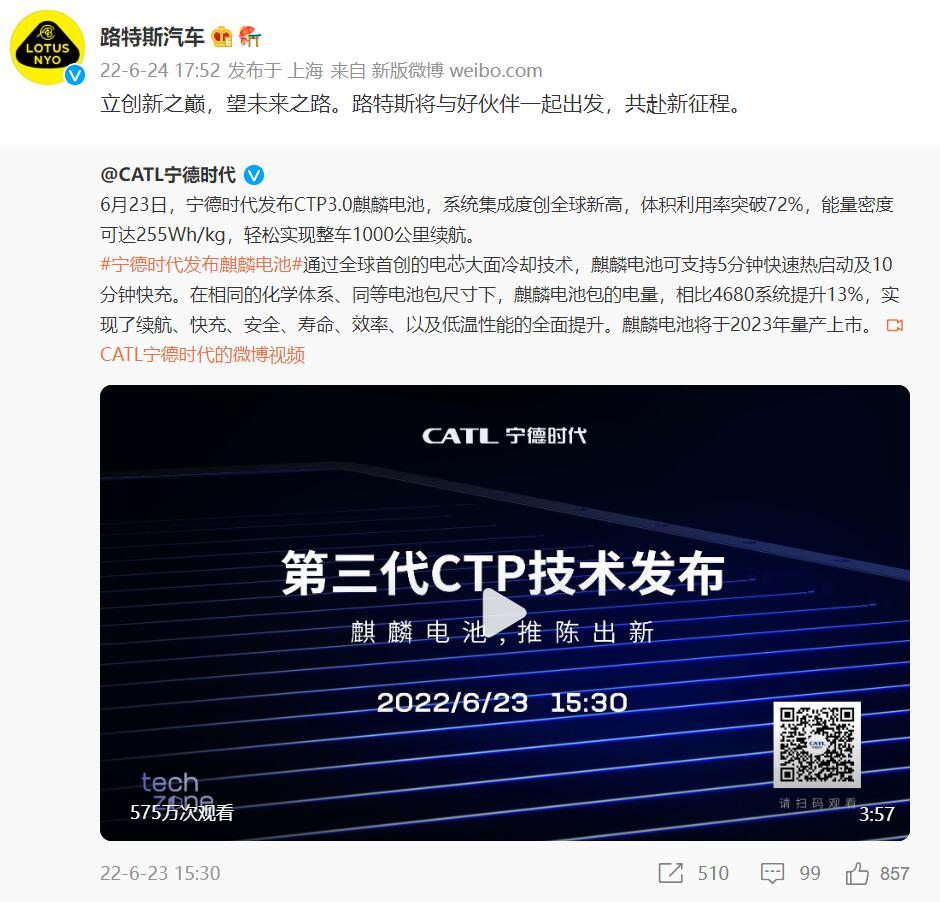 The battery can reach an energy density of 255 Wh/kg, easily allowing vehicles to achieve a range of 1,000 km, CATL said, adding that it will be in mass production by 2023.

CATL did not mention the chemistry used in the pack in its presentation of the Qilin Battery yesterday. But from its wording, it appears that the pack is a structural innovation that has nothing to do with chemistry, so it can use both lithium iron phosphate cells and ternary lithium cells.

CATL chief scientist Kai Wu said on June 16 that Qilin Battery could improve the use of space, allowing the pack to reach an energy density of 160 wh/kg using lithium iron phosphate chemistry and up to 250 wh/kg for a ternary pack with high nickel.

Lotus is the latest car company reported to be using CATL's Qilin Battery in upcoming models.

Li Auto founder, chairman and CEO Li Xiang said in a repost of CATL's presentation on the Qilin Battery yesterday, "See you next year." This implies that Li Auto's pure electric model to be launched next year will carry the battery. Li Auto's current power battery supplier is CATL.

Geely acquired Lotus, which is about 70 years old, in 2017, owning 51 percent of the latter, including Lotus Cars and Lotus Engineering.

At the end of August last year, Lotus set up a new company in China, Wuhan Lotus Technology, with an investment from NIO Capital.

On June 1, Lotus' first all-electric Eletre Hyper-SUV, codenamed TYPE 132, made its debut in China, after it was announced in London at the end of March.