Li Auto launched its new SUV, the L9, on Tuesday, and Citi raised its price target on the company. 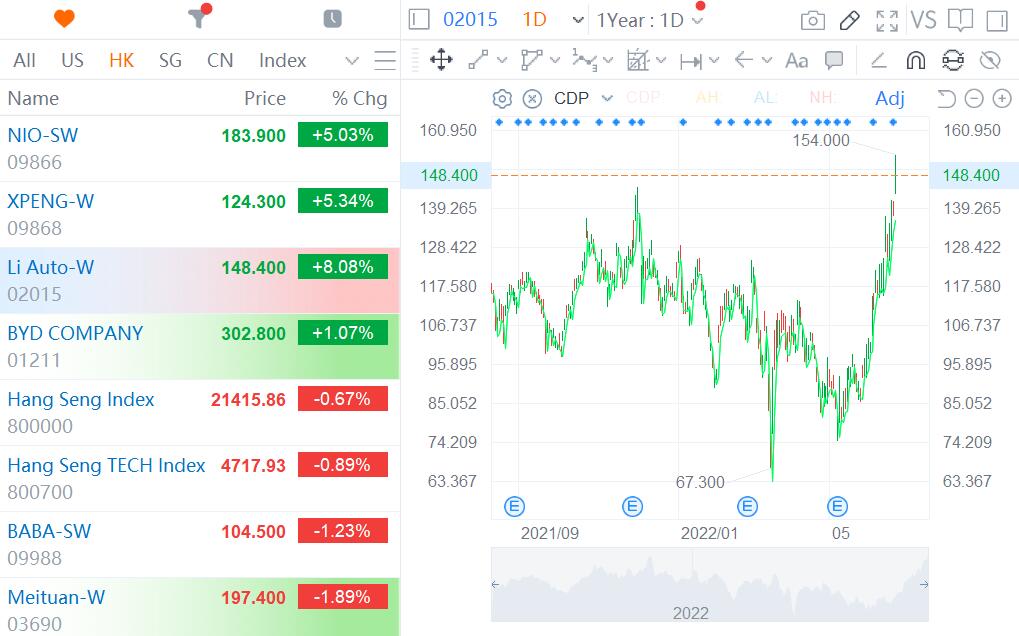 Li Auto launched the Li L9, the company's second model after the Li ONE SUV, on Tuesday.

The Li L9 is comparable in size to the Mercedes-Benz GLS and BMW X7, but at about $68,650 is priced at less than half the price of the two German luxury car companies' flagship SUVs.

In a research note sent to investors on Tuesday, Citi analyst Jeff Chung's team adjusted their price targets on major Chinese EV companies due to adjustments in the valuation methodology they use.

The bank lowered its price target on NIO's ADR to $41.10 from $87, implying an upside of about 98 percent from Friday's closing price.

The team also raised their price target on BYD's Hong Kong-traded shares to HK$640 from the previous HK$587, saying their top picks remain BYD and NIO, followed by Li Auto and XPeng.

NIO, XPeng and Li Auto gained 9.1 percent, 6.82 percent and 7.84 percent respectively in the US overnight.