Considering NIO's average daily trading volume in Hong Kong for the past month, the inflow of funds from ETFs will last about 10.3 days, according to CICC.

NIO (NYSE: NIO, HKG: 9866) is set to be included in two major indices in Hong Kong, so what does this mean? Analysts at CICC give their take.

The electric vehicle maker will be included in the Hang Seng Composite Index as well as the Hang Seng Tech Index, effective Monday, June 13, according to a quarterly review by the Hang Seng Indexes Company Limited announced on May 20.

Based on NIO's weighting in the Hang Seng Tech Index, the company is expected to receive $44.3 million in passive inflows upon inclusion, the team said.

Considering NIO's average daily trading volume in Hong Kong for the past month, inflows from these ETFs will last about 10.3 days, according to the team.

After NIO is included in the Hang Seng Tech Index, ASM Pacific Technology Ltd will be removed to maintain the number of constituents at 30.

The number of constituents of the Hang Seng Composite Index will increase from 516 to 517 after the inclusion of NIO, which was listed in Hong Kong on March 10.

The mechanism was launched in November 2014 to facilitate investors from both regions to buy each other's stocks.

With access to the list, investors in the Chinese mainland will be able to trade these stocks, although those with securities account assets of more than RMB 500,000 will only be eligible to participate in the mechanism. 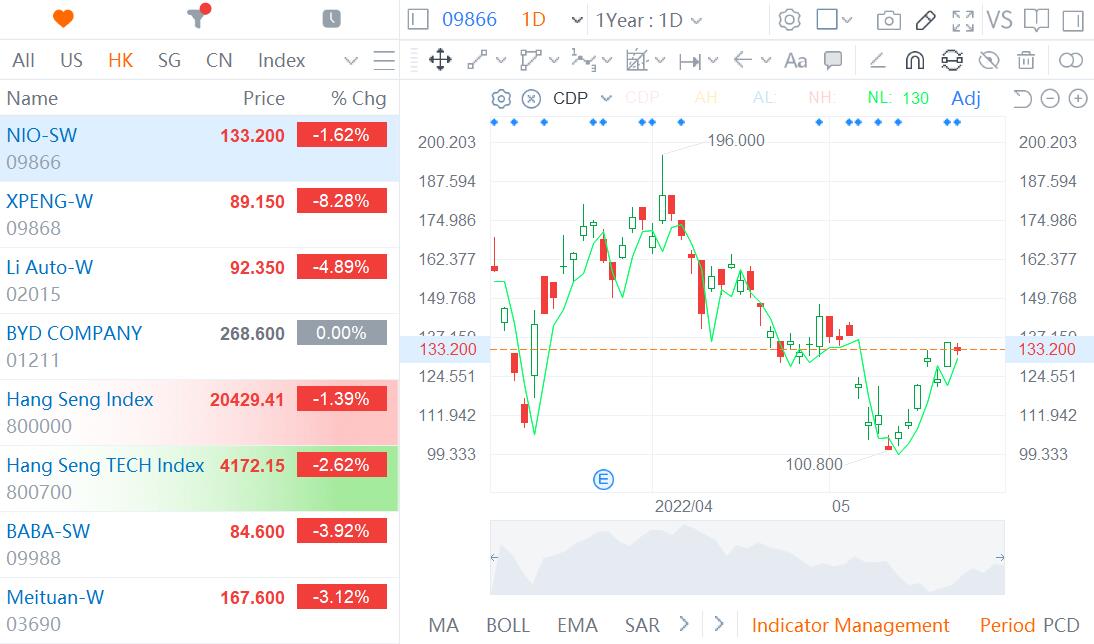