In addition to the pre-sale of the regular versions, Audi announced the official launch of the pioneer version of the Q4 e-tron, but limited to 520 units. 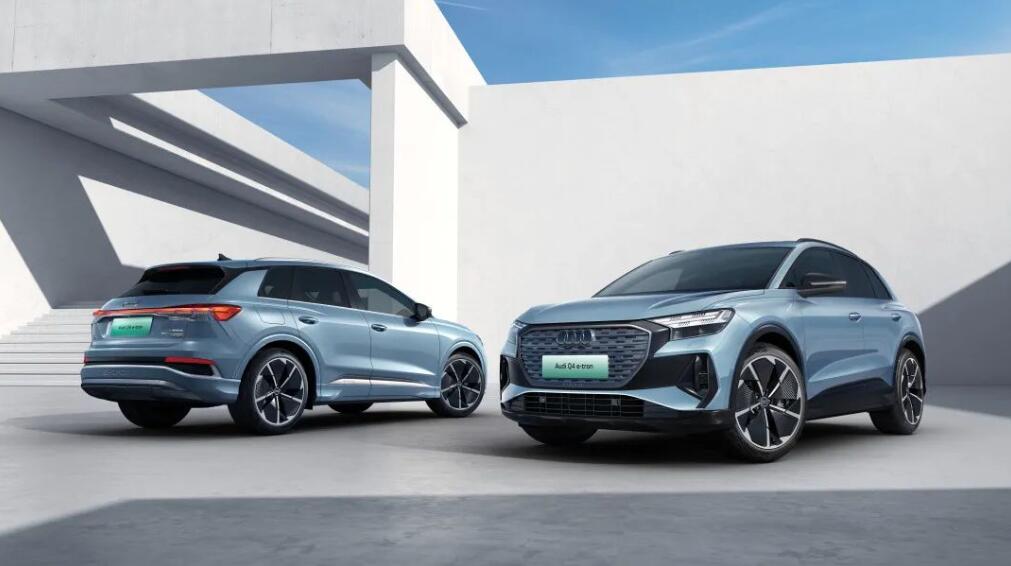 Positioned as an all-electric luxury SUV, the Q4 e-tron is officially available for pre-sale today with a price range of RMB 300,000 ($44,940) to RMB 380,000, Audi announced today on its official WeChat account.

The "520" refers to today, May 20. Although it is not an official holiday, it is considered an additional Valentine's Day because it sounds like "I love you" in Chinese pronunciation. 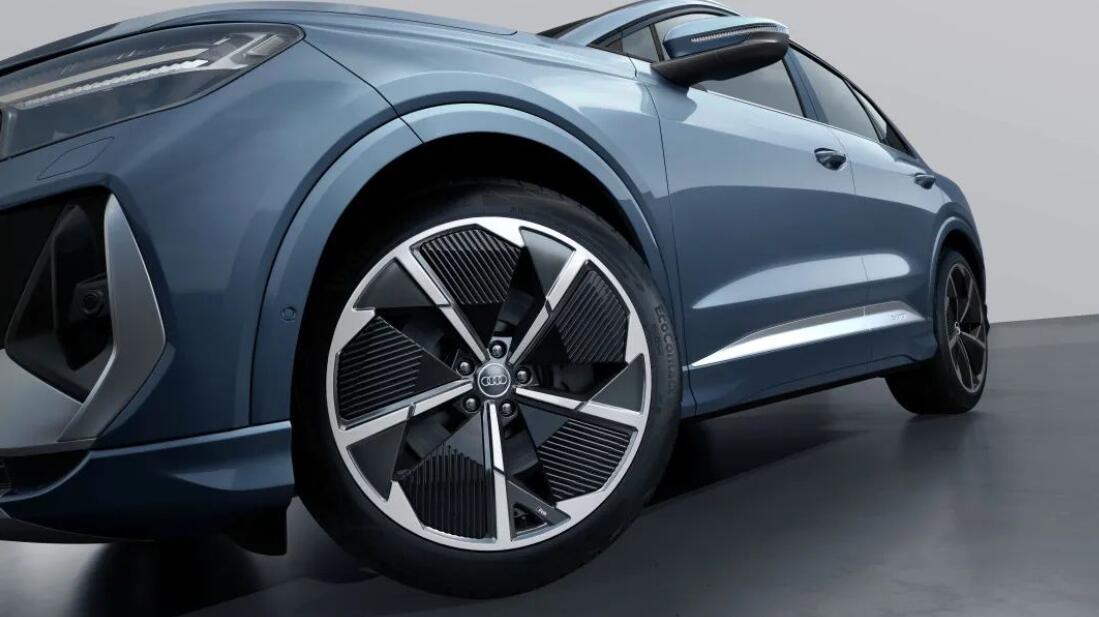 Audi is known in China for its ability to create innovative lights, and is often referred to by some as a "light manufacturer".

In its marketing of the Q4 e-tron, Audi continues to reinforce this impression, saying that the model features suspended matrix LED headlights with four digital individual light signatures and dynamic lighting effects.

The model's cut-through LED taillights also feature departure and homecoming animations and dynamic turn signal functions, all of which make electric mobility fun, according to Audi. 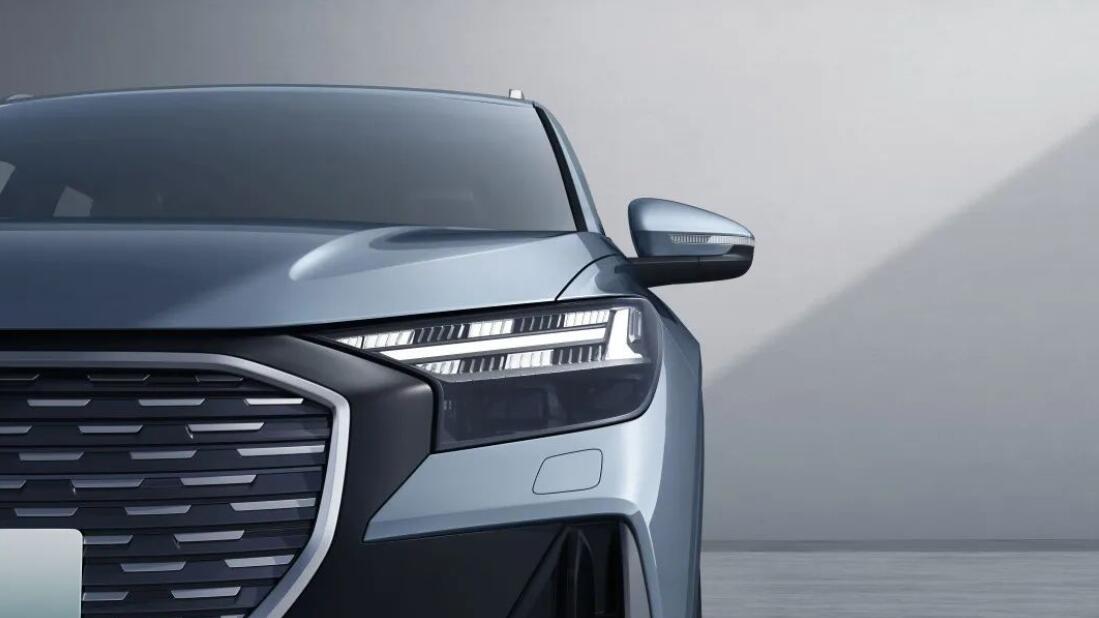 The Audi Q4 e-tron is equipped with 79.7 kWh of available battery capacity to achieve a range of up to 605 km in CLTC conditions.

Its DC fast charging power is up to 100 kW, which ideally enables replenishment of over 100 km in 10 minutes, according to Audi. 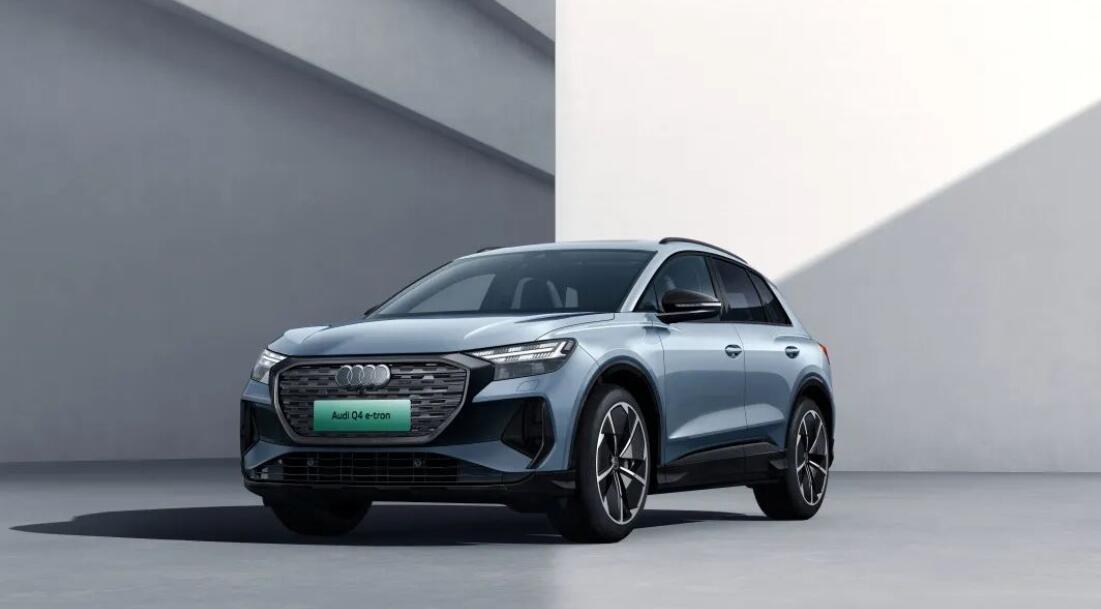 Previous information shows that the Q4 e-tron is available in a 150-kW single-motor version as well as an 80-kW / 150-kW dual-motor version, with the latter accelerating from 0-100km/h in 6.8 seconds.

The model's battery pack is powered by CATL's NCM 811 ternary lithium-ion cells, which can charge the vehicle from 5 percent to 80 percent in 41 minutes.

On May 17, SAIC Audi's first all-electric model, the Audi Q5 e-tron, was officially launched in China, after opening for pre-sale in February this year. 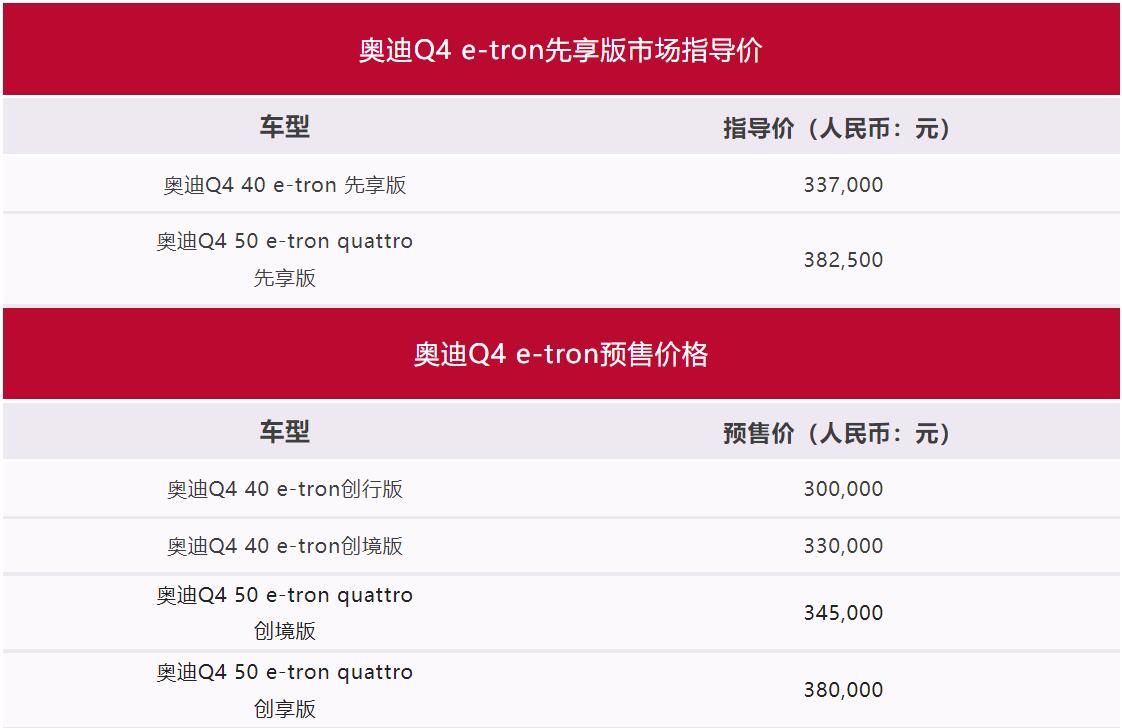