China is ramping up its economic stimulus, and the Covid situation in Shanghai is showing a significant improvement. 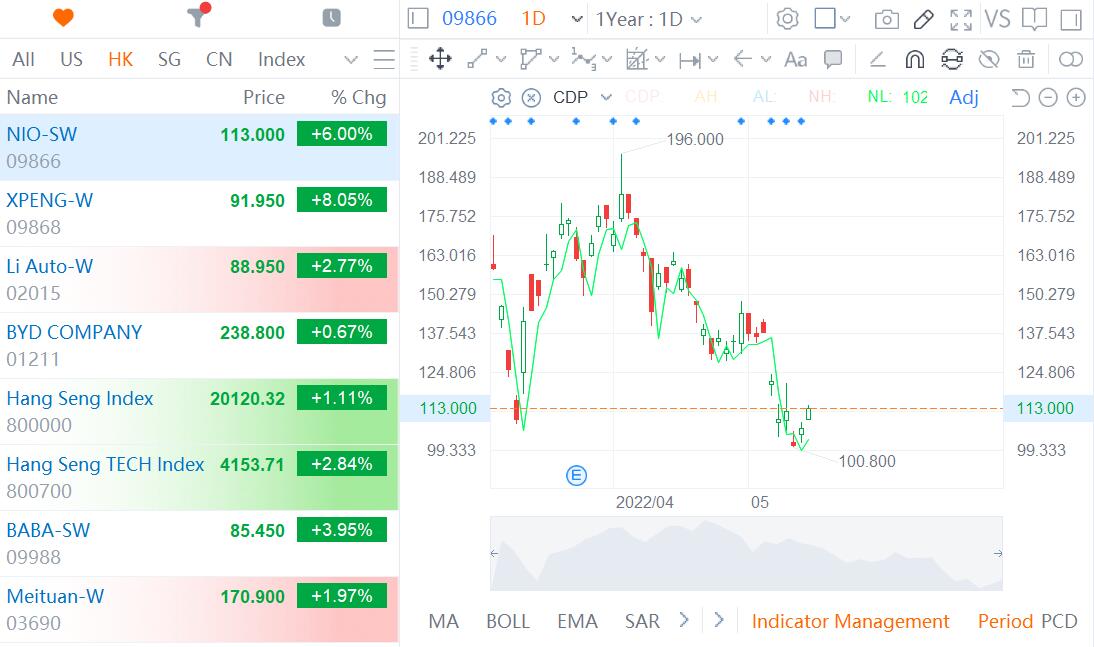 Still, shares of these EV companies have plunged in Hong Kong recently, with NIO down about 30 percent over the past month, XPeng down about 18 percent and Li Auto down about 16.5 percent.

This past weekend, there was some noteworthy news that may have driven investor sentiment to the upside.

Shanghai, which remains in lockdown, will move forward with a phased return for businesses to resume operations starting May 16, local officials said yesterday at a news briefing.

The country is stepping up its stimulus efforts at a time when the economy is under tremendous pressure, with the People's Bank of China (PBOC) announcing Sunday that it is lowering the lower limit on interest rates for residents' first home loans.

The loan rate floor previously faced by Chinese residents buying their first home was the loan prime rate (LPR) for the corresponding term, which will be reduced by 20 basis points following the latest adjustment. The current LPR for 5 years or more in China is 4.4 percent.

The PBOC also conducted RMB10 billion of 7-day reverse repo operations today, with the winning rate at 2.1 percent, unchanged from the previous rate. There are RMB 20 billion of reverse repo maturities today.

In specific company news, NIO delivered its 200,000th production vehicle since its inception, an ET7, on Sunday, according to an article posted by the company on its mobile app.

The latest development means that NIO has delivered 2,088 vehicles so far in May, taking into account cumulative deliveries of 197,912 units as of April 30.

NIO said on Friday that it will raise the starting price of the full ET7 model line by RMB 10,000 ($1,470) on May 23, due to the recent continued rise in global raw material prices.

Bridgewater Associates, the world's largest hedge fund founded by well-known investor Ray Dalio, continued to increase its bets on the Chinese EV trio in the first quarter, according to a report on hedge fund positions released Friday.

George Soros' Soros Fund Management made its first purchase of notes issued by NIO during the first quarter, with a total value of $84.36 million.

Also of note, NIO announced on May 11 that it expects to list and begin trading its Class A ordinary shares on the Main Board of the Singapore Exchange Securities Trading Limited on May 20.