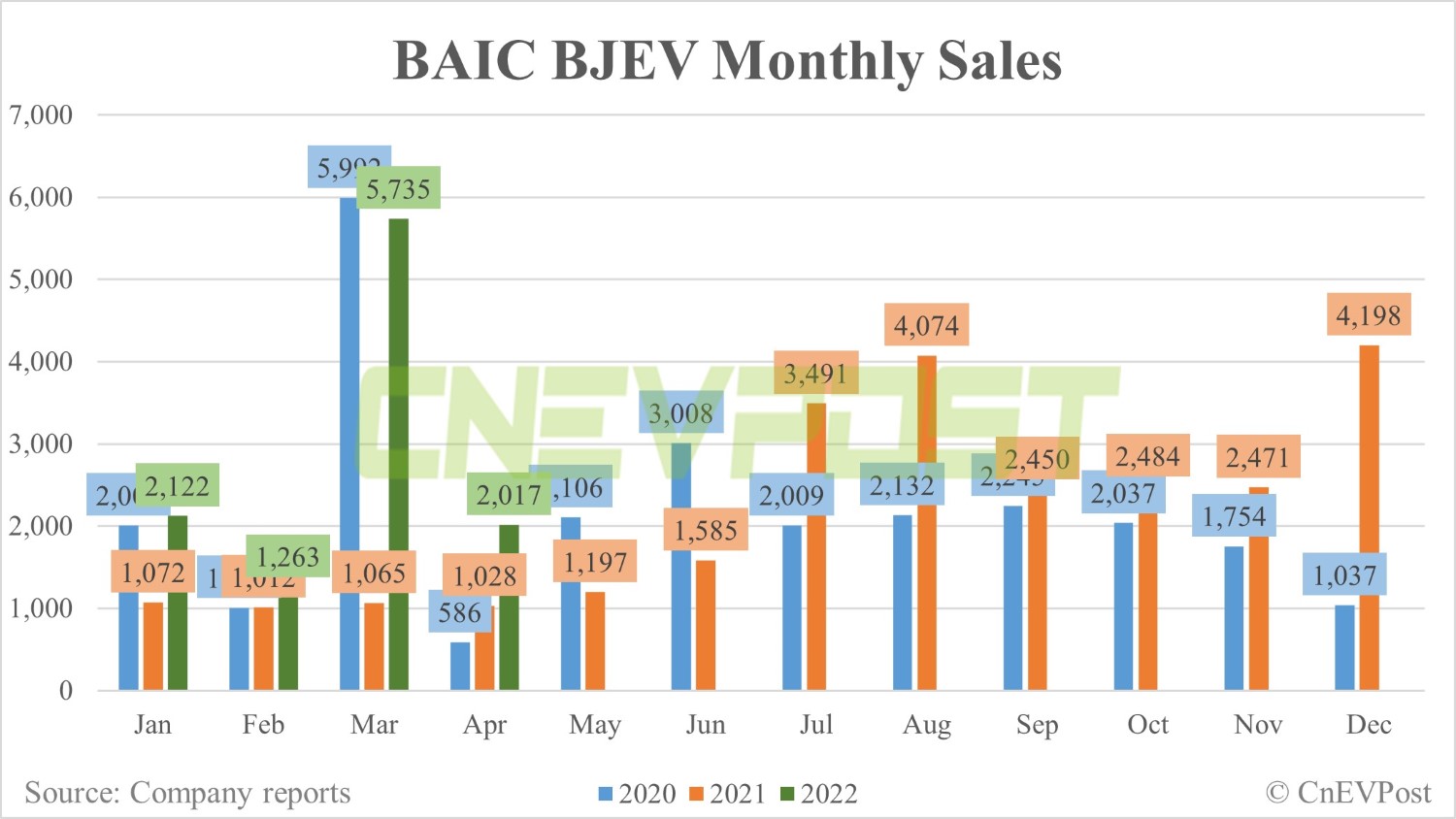 BJEV has had a glorious past, having been the No. 1 seller of pure electric vehicles in China for seven consecutive years from 2013-2019.

However, its business conditions have continued to deteriorate in recent years, with sales of just 26,127 units in 2021, which is about the volume of a quarter for China's major electric vehicle startups.

BJEV is now pinning its turnaround hopes on its Arcfox brand, which has two models, the Arcfox α-T SUV and the Arcfox α-S sedan, with the former released in late October 2020 and the latter in late April 2021.

On May 7, BAIC and Huawei announced the launch of the Arcfox α-S with "Huawei Inside" at a launch event, making it the first production sedan to feature Huawei's full-stack smart car solution and Huawei's intelligent cockpit.