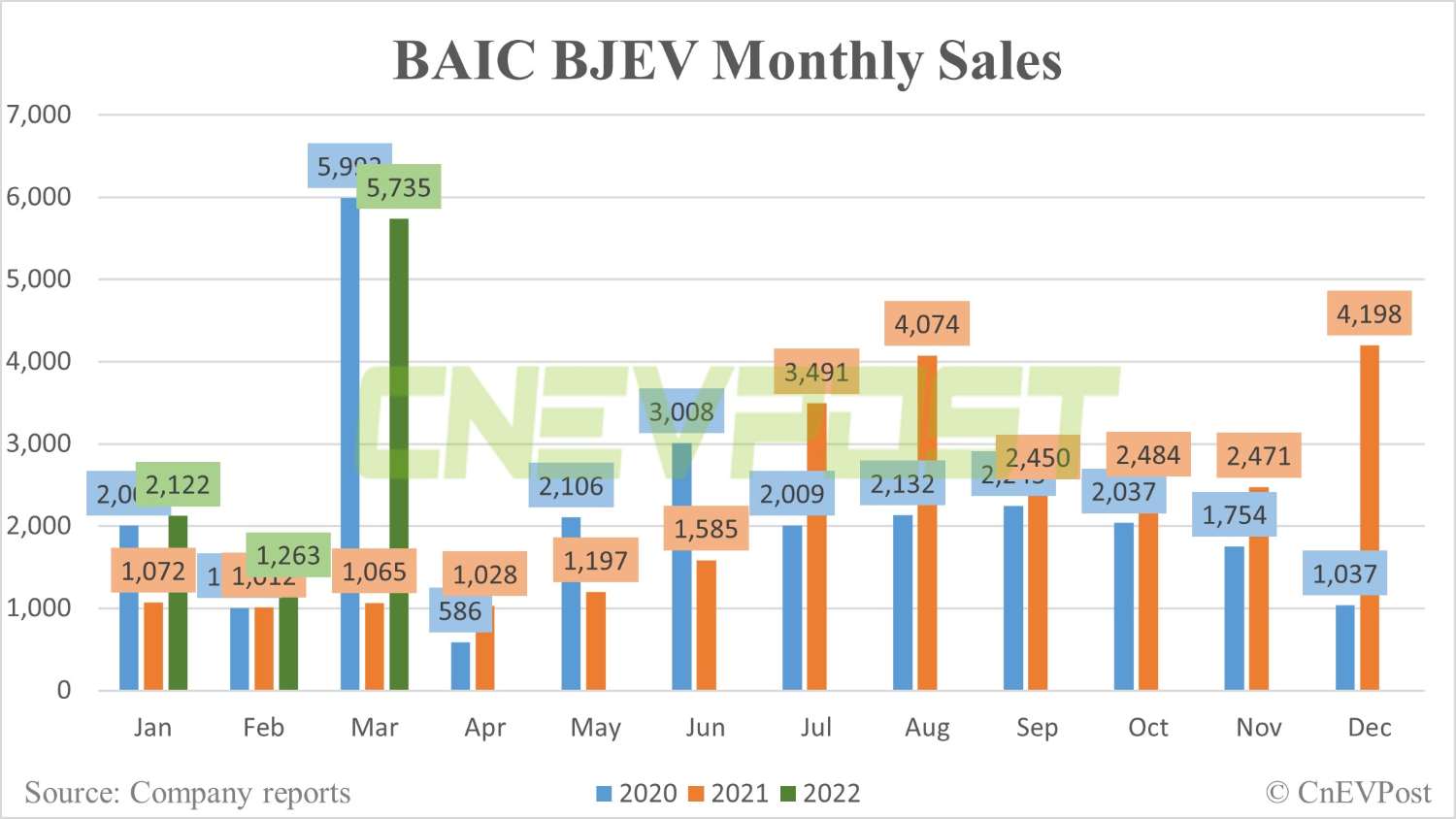 BJEV has had a glorious past, having been the No. 1 seller of pure electric vehicles in China for seven consecutive years from 2013-2019.

BAIC BluePark is now pinning its turnaround hopes on its Arcfox brand, which has two models, the Arcfox α-T SUV and Arcfox α-S sedan, with the former released at the end of October 2020 and the latter at the end of April 2021.

Arcfox said Wednesday it will adjust the prices of all models starting May 1, with the specific plan to be announced by April 30.

That's because of rising upstream raw material prices and a reduction in state subsidies for NEV purchases, Arcfox said.