Li Auto said the L9 could be a mobile gaming space for the home, allowing the Switch console to easily connect to the car's screens.

The Li Auto L9 launch, originally scheduled for April 16, will be delayed due to the force majeure effects of the outbreak, the company said today, adding that the exact timing will be announced when it is confirmed.

Li Auto today went ahead with its planned Wednesday announcement of more information about the new SUV, saying the model could become a mobile play space for families. 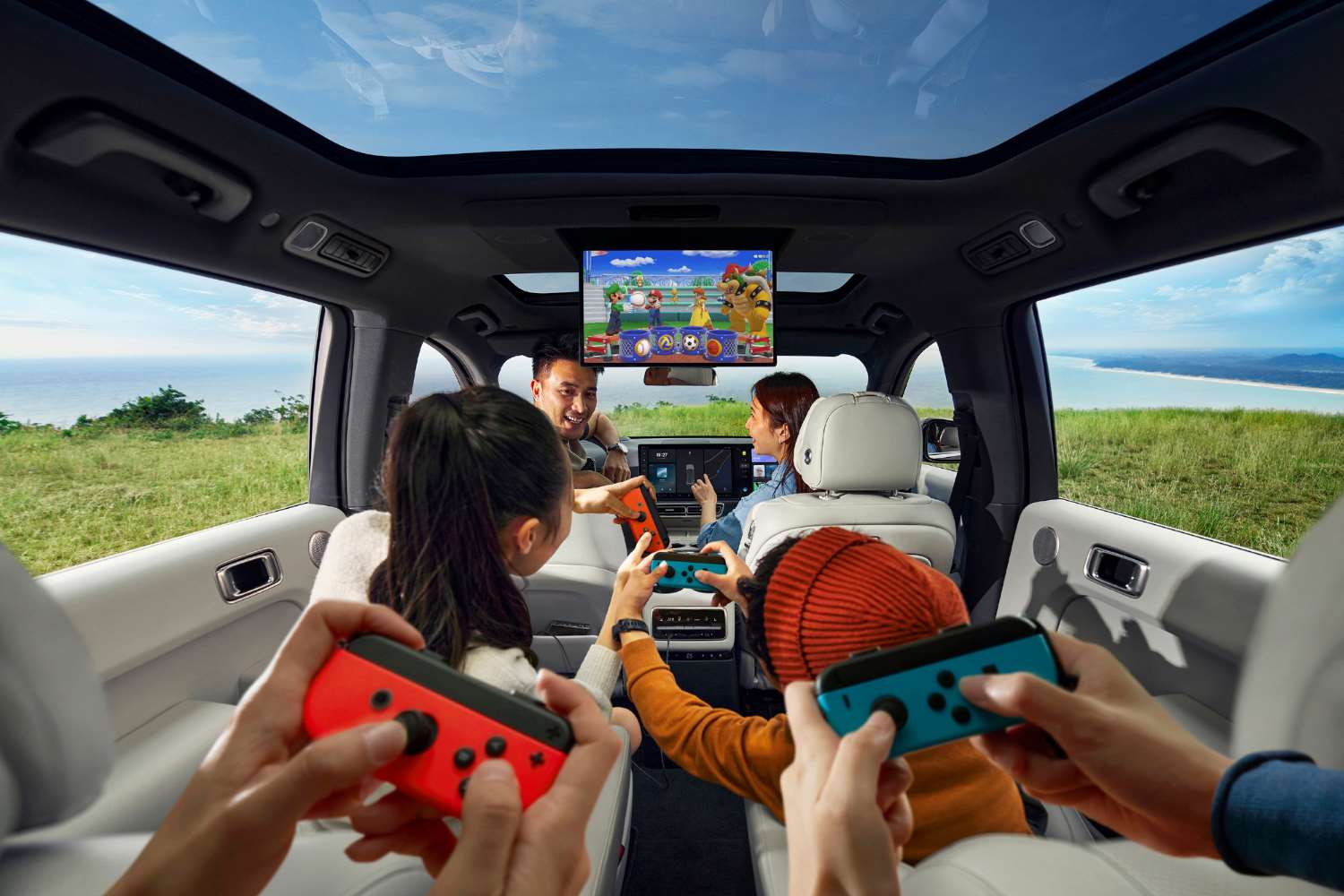 Based on the Switch's 3A games designed for family users, the model's cockpit can support four people playing together.

The Li Auto L9 is also equipped with a 220V power supply in the car and provides HDMI-Type-C adapter cables, allowing a large number of top-notch consoles and 3A game titles to be used in the car, the company said.

Currently, the L9 already supports HD screencasting and charging for some cell phones, tablets and laptops with Type-C ports, and will be adapted to more devices in the future, it said.

The L9's flagship audio system's 21 speakers and 7.3.4 panoramic sound layout, combined with the 4D immersive audio and video system in the second row, will provide an immersive gaming experience, the company said.

"We believe that playing games together as a family is the happy scenario every new dad dreams of," Li Auto said.

Phate Zhang/CnEVPost
Phate is the founder and main author of CnEVPost. He has been reporting since 2009, mainly on macroeconomics and capital markets. Contact via: [email protected]
Popular Posts
Further Reading: This retail investor explains why he believes NIO is better bet in China's EV trio
2022-08-06 21:02:17
BYD to build new commercial vehicle and parts production base in China
2022-08-07 12:48:43
Niu Technologies to launch e-bikes with sodium-ion batteries in 2023 as lithium battery prices rise
2022-08-07 12:07:39
BYD exec to donate about $24 million worth of stock to charity foundation
2022-08-07 17:10:09
Recent Posts