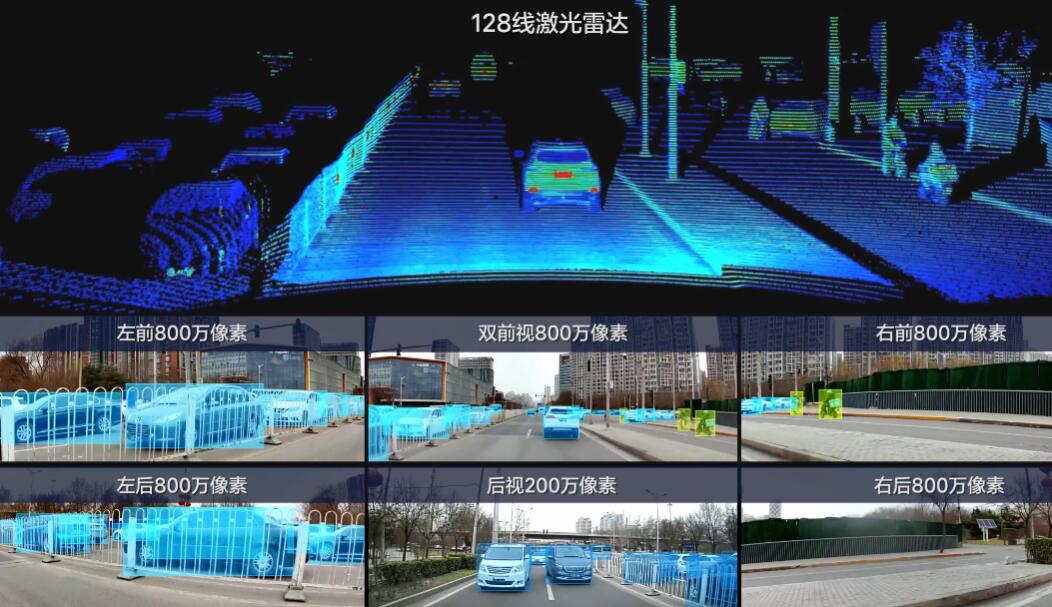 The combination of two 8-megapixel cameras directly in front of the vehicle enables recognition of objects including vehicles, pedestrians and cone buckets at a wide 120° range and up to 550 meters away, the company said.

Li Auto L9's forward-facing LiDAR is equipped with 128 lasers with a global resolution of 1200x128 and a point cloud count of 1.53 million per second, the most comprehensive performance of any LiDAR already in mass-produced vehicles, it said.

In scenarios where cameras are limited, including dark and bright light, LiDAR ensures the accuracy of the system's perception of the environment and helps vehicles improve recognition of stationary and shaped obstacles, the company said.

The L9's power system, steering system, braking system and computing platform power supply system are also designed for redundancy to guarantee the reliability of the actuator, it said.

Li Auto L9 will enable full-scene navigation-assisted driving functions, the company said, but noted that it will be gradually turned on in cities because the functions depend on regulatory approval.

The safe drive interactive screen and HUD will provide the most important environmental and warning information in the state where smart drive is activated.

Thanks to high-performance cameras, LiDAR and powerful image processing capabilities, the center screen will also have a richer and more accurate display of smart driving information, it said.

Outside the vehicle, the L9 is equipped with five smart driving assist lights to indicate the smart driving operating status to pedestrians and other vehicles.

After the user leaves the car, the L9 uses in-car 3D ToF sensors to sense the environment inside the cockpit in real time, and an outside camera to monitor the vehicle's surroundings in real time, providing a sentry mode covering both inside and outside the car.

The model's use of more than 80 percent high-strength and thermoformed steel allows it to achieve excellent levels of performance in even the toughest bilateral 25 percent offset crash tests, it said.

The Li Auto L9's battery pack features a dual protection design consisting of side protection beams and an aluminum alloy housing to keep the battery pack safe even in the most demanding side pillar impact and bottom bracket tests, it said.

The company said it will continue to announce more information next Wednesday.