Li Auto CEO said that most of the EV makers that have not yet announced price increases are those whose contracts with battery suppliers have not yet been finalized, and they will also increase prices once they are. 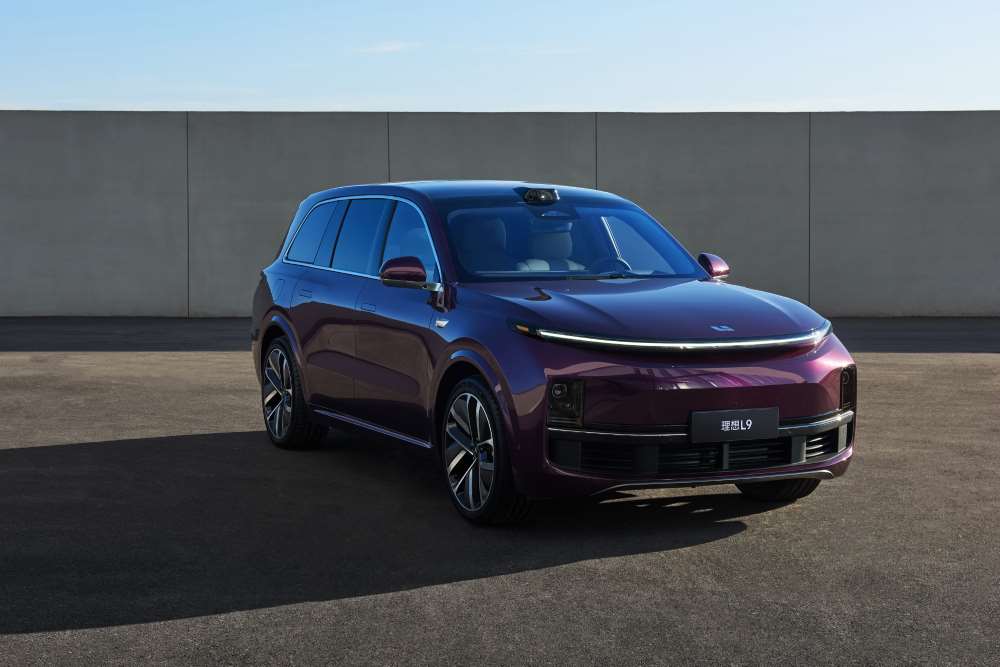 Battery costs rose by a ridiculous amount in the second quarter, and most of the car companies that have not yet announced price increases are those whose contracts with battery suppliers have not yet been finalized, and once they are they will also increase prices, Li said in a Weibo posted yesterday evening.

Here is a translated version of his Weibo content, along with a screenshot:

From what we've seen so far, the brands that have already contracted with battery makers to determine the rate of battery price increases for the second quarter have basically announced price increases right away.

The cost of batteries in the second quarter rose by a very ridiculous amount. War, politics, and pandemic have made the value of vehicles already purchased appreciate, and the overall price of used cars in the US rose by 30 percent. 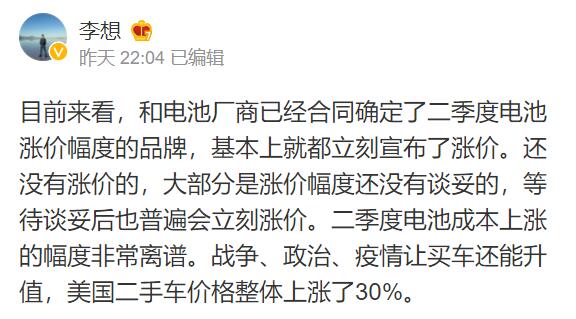 Those car companies that have provided reasons for the price hikes all blame the rise in raw material prices. The recent conflict between Russia and Ukraine has worsened the situation.

The 3-month nickel futures contract on the London Metal Exchange (LME) surged more than 110 percent to $101,365 a ton on March 8, due to concerns about Russian supply disruptions.

If nickel prices rise from $20,000 to $50,000 a ton, an EV equipped with a 60-kWh battery pack would face an increase in raw material costs of nickel of about RMB 10,000, said China-based brokerage firm CICC in a research note released earlier this month.