Rising raw material prices have been an issue plaguing the electric vehicle (EV) industry for the past year, and now the spike in nickel prices has brought concerns about the issue to a new level.

The 3-month nickel futures contract on the London Metal Exchange (LME) at one point surged more than 110 percent to $101,365 per ton on Tuesday, a cumulative two-day gain of 250 percent, due to Russian supply disruption concerns. 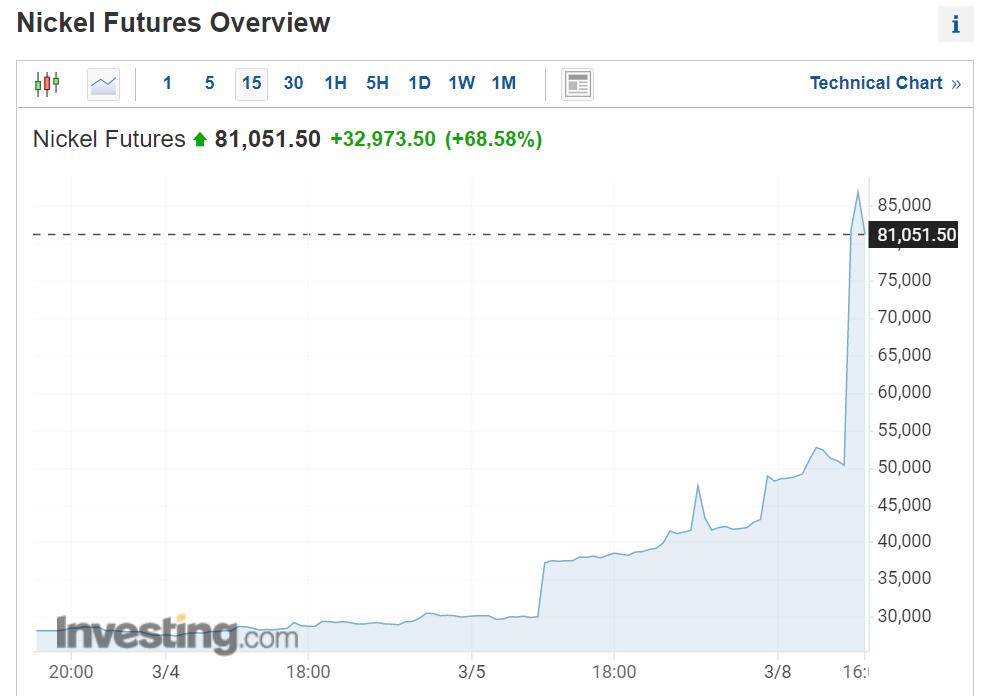 The team believes that in the medium to long term, the sustainability of the nickel price upside will depend on the evolution of the Russia-Ukraine conflict and the industry's downstream players' ability to absorb the costs.

In an extreme scenario, future nickel supply from Russia, if it all disappears, will change the global nickel industry supply from a surplus to a shortage this year, according to CICC.

The team believes that the EV industry chain has limited ability to bear the price upside and that the $80,000/ton nickel price will be difficult to sustain in the long term.

Cui Dongshu, secretary-general of the China Passenger Car Association, believes that the nickel price spike is more due to speculation and that the price could come back down in the short term, according to a report in The Paper on Tuesday.

Cui believes that nickel price spikes will have little impact on Chinese car sales, but car companies may have to bear some pressure on battery costs.

Nickel prices are expected to fall back to $34,000 a ton by the end of June, with further downside to $28,000 by March next year, local media Cailian said today, citing the latest comments from the UBS Chief Investment Office.