WM Motor did not release delivery figures for most months last year, and this January's deliveries are so far unknown. 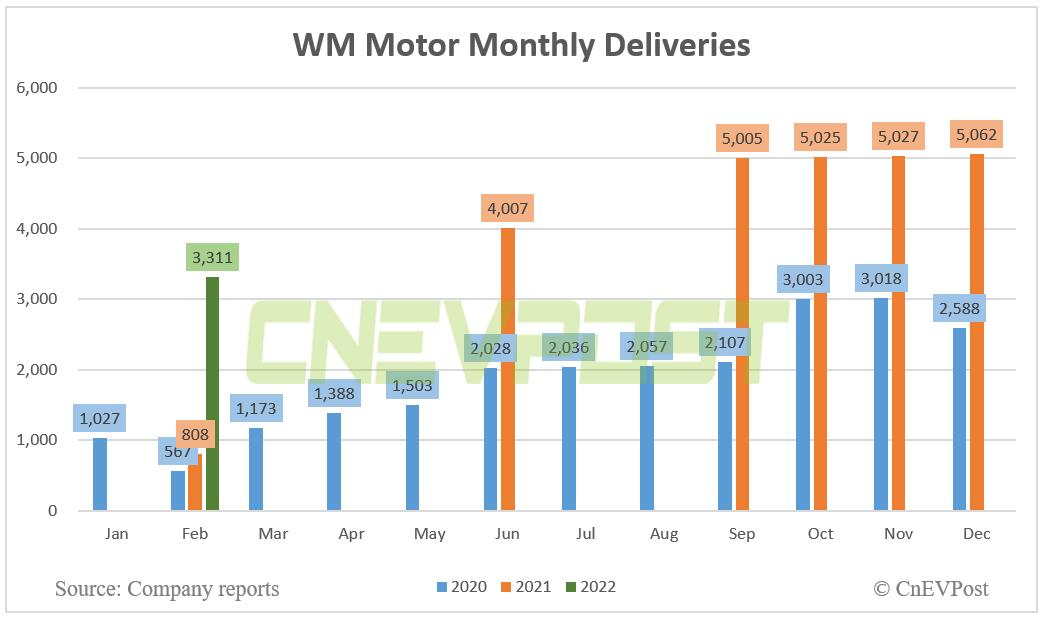 The deliveries were based on insurance registrations for WM Motor models in China in February, the company said, without disclosing further information.

WM Motor was once one of the best-known EV companies in China, but it hasn't done so well in the past year.

The company has suffered complaints from owners in the last year about the vehicles' available battery capacity being reduced by OTA updates, and several spontaneous combustion incidents have left it facing an image crisis.

WM Motor did not release delivery figures for most months last year, and deliveries for January this year are so far unknown.

Earlier this month WM Motor announced that production schedules and pricing for some models will be gradually adjusted starting March 1 due to factors including rising parts prices.

Prices for the company's other models have not yet been adjusted and a new announcement will be made if there are changes, it said.

WM Motor is currently offering the EX5-Z and W6 models to the general public, with the former including three versions, including the NEX version, which remains unchanged at RMB 149,800.

On March 7, WM Motor said it will launch the 2022 E.5 model at the Beijing Auto Show at the end of next month, hoping it will become the new choice in the smart, all-electric family car market.