Tianqi Lithium has submitted the first version of its listing documents to the Hong Kong Stock Exchange, applying for a hearing.

Chinese lithium giant Tianqi Lithium has submitted an application for a secondary listing in Hong Kong, according to documents on the Hong Kong Stock Exchange's website.

The Shenzhen-listed company submitted the first version of its listing documents to the HKEX to apply for a hearing, the first step for a company to list in Hong Kong.

The number of shares the company plans to issue and the amount of capital it plans to raise were not announced in this version of the filing.

Last week, Bloomberg reported that Tianqi Lithium's IPO could take place as early as mid-2022 and could raise $1 billion to $2 billion.

Tianqi Lithium had launched a Hong Kong IPO process in 2018, but it subsequently suspended the process due to falling lithium prices and the impact of financial constraints from the company's $4.1 billion acquisition of a 23.77 percent stake in Chile's SQM.

Between late 2019 and 2020, Tianqi Lithium's capital chain was once in crisis due to the huge loan it was carrying and the continued decline in lithium carbonate prices.

However, in the past year, the rapid growth of the global electric vehicle industry has led to a significant increase in the price of lithium, a key raw material for batteries.

Tianqi Lithium has seen improved results, and its Shenzhen-traded shares have risen more than 400 percent from their 2020 low, despite a sharp pullback in the past two months. 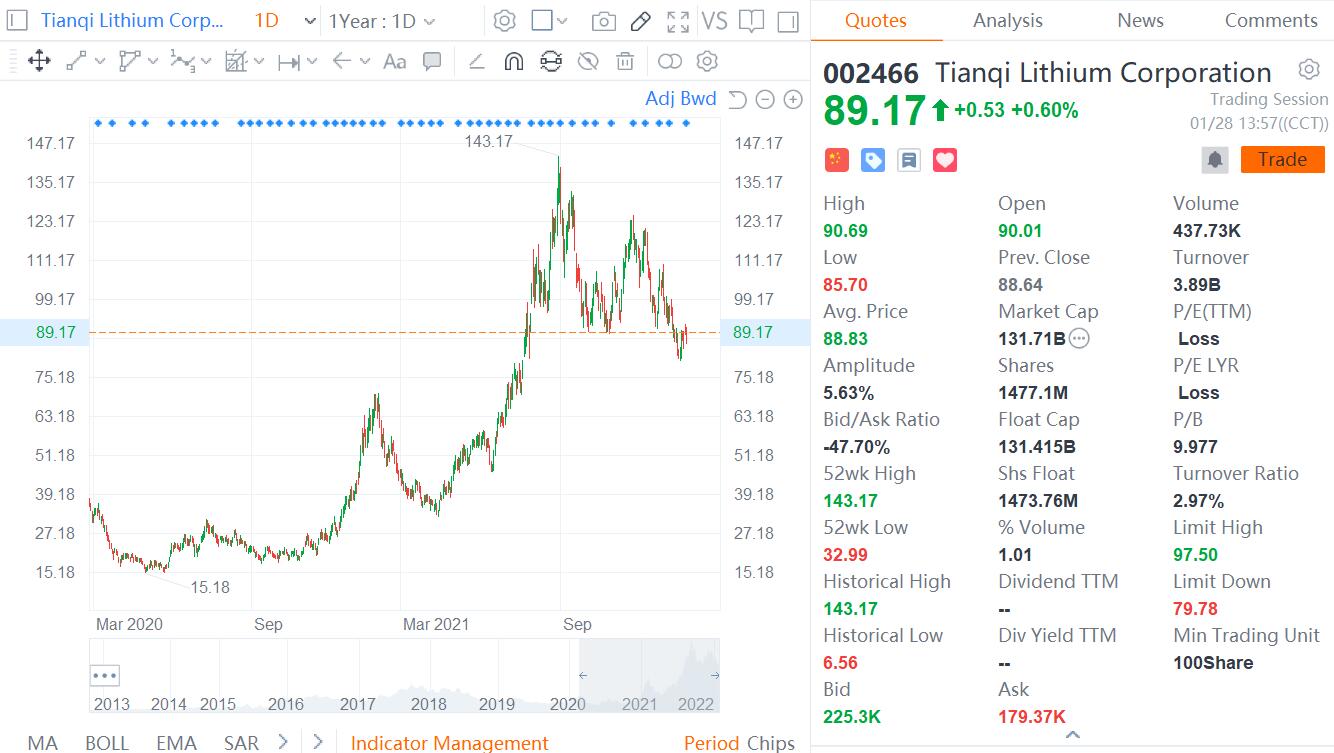