Eve Energy aims to build a research and development base and key materials development center in Huizhou with leading international technology.

Chinese lithium battery supplier Eve Energy has signed an agreement with the city of Huizhou in Guangdong province, where it is headquartered, to lay the groundwork for further expansion of the company's production capacity.

Eve Energy and its holding companies will invest no less than RMB 2 billion ($315 million) in the city for investment in R&D innovation in Huizhou, according to the announcement.

The company will increase the introduction of senior talent, including PhDs, and build an R&D base and key materials R&D center with leading international technology, the announcement said.

By 2025, the local output value of Eve Energy and its holding companies will reach RMB 100 billion, helping Huizhou's new energy battery industry grow and develop, according to the announcement.

Eve Energy will introduce key material suppliers and projects in the upstream of the battery industry chain, such as cathode, anode, electrolyte, diaphragm and copper foil, the announcement said.

This is Eve Energy's latest move to expand its production capacity.

On August 5 last year, the company said it planned to invest in a new 30 GWh per year power battery project in Jingmen city, Hubei province.

Eve Energy entered into a strategic partnership with the Jingmen High-Tech Industrial Development Zone Management Committee for the project and signed an agreement.

Eve Energy is one of the largest makers of power batteries in China, and according to the China Automotive Battery Innovation Alliance (CABIA), it has 2.92 GWh of installed battery capacity in China in 2021, ranking 8th with a 1.9 percent market share. 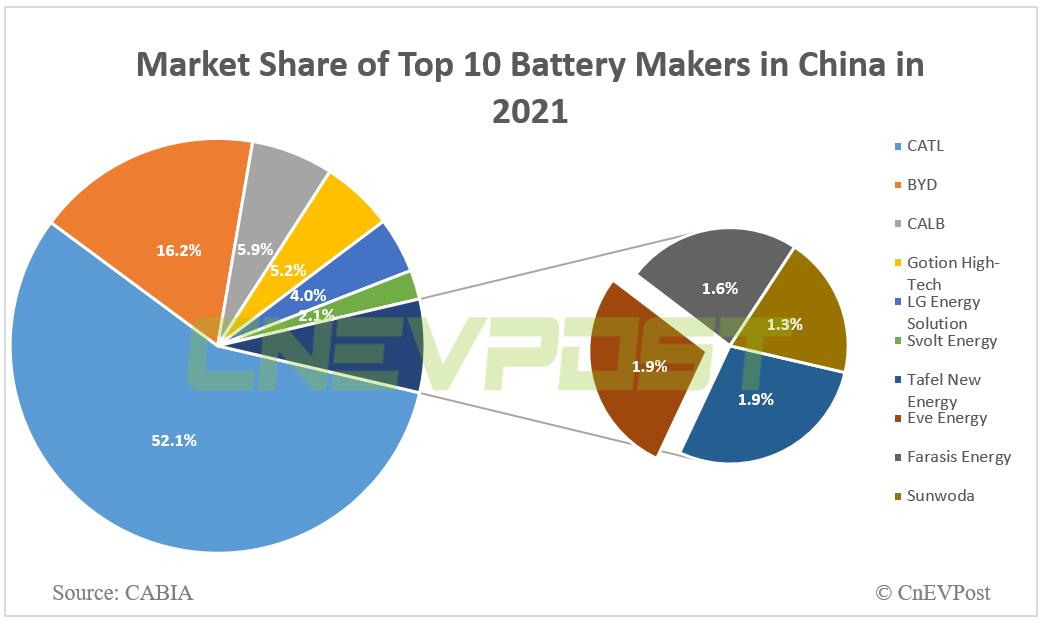