Tianqi Lithium's listing could take place as soon as mid-2022 and could raise $1 billion to $2 billion, according to Bloomberg.

Tianqi Lithium's listing could take place as soon as mid-2022 and could raise $1 billion to $2 billion, the report said.

The company has hired CICC, Morgan Stanley and CMB International to arrange the matter, the report said, adding that the deliberations are ongoing and that details such as the amount and timing are still subject to change.

Local media National Business Daily later quoted sources at Tianqi Lithium as saying they would not respond to the market rumors.

Tianqi Lithium had started the process of listing in Hong Kong in 2018, but it subsequently suspended the process due to the fall in lithium prices and the financial strain caused by the company's $4.1 billion acquisition of a 23.77 percent stake in Chile's SQM.

Between late 2019 and 2020, Tianqi Lithium's capital chain was in crisis for a while due to the huge loans it was carrying and the continued decline in lithium carbonate prices.

However, the rapid growth of the global electric vehicle industry in the past year has caused the price of lithium, a key raw material for batteries, to rise sharply.

Data from data provider SunSirs shows that the average price of battery-grade lithium carbonate in East China was RMB 360,000 per ton on January 20, nearly six times that of the same period last year.

Tianqi Lithium has also seen improved results, and its Shenzhen-traded shares have risen more than 300 percent from their 2020 lows, despite a sharp pullback in the past two months. 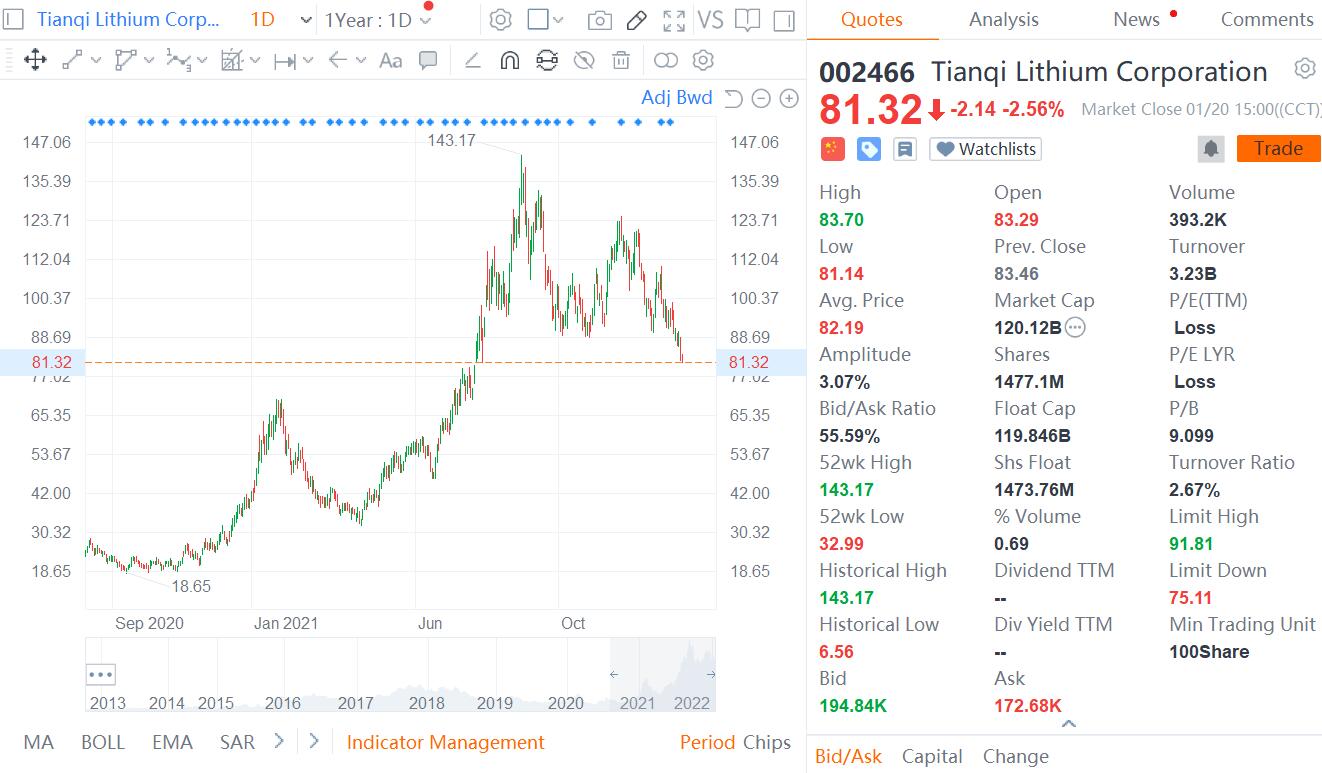