Contemporary Amperex Technology Co Ltd (CATL) has been dominating the Chinese power battery market and did so for the full year 2021.

The Tesla, NIO supplier has 80.51 GWh of power batteries installed in China for the full year 2021, capturing a 52.1 percent market share, according to data released yesterday by the China Automotive Battery Innovation Alliance (CABIA). 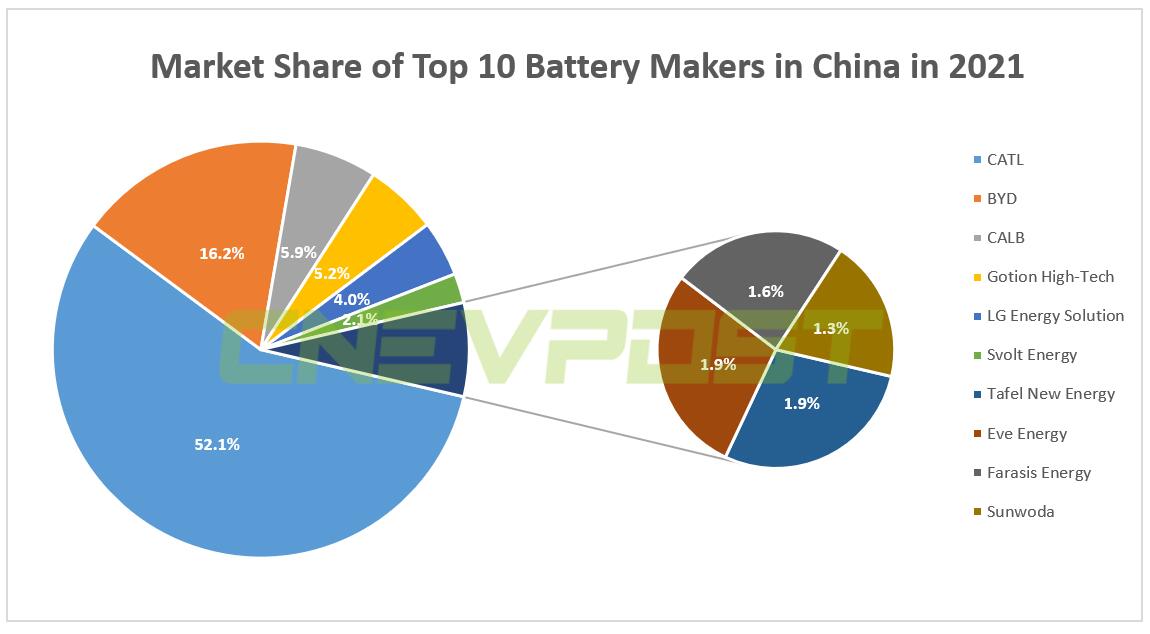 Among the top five, CALB and LG Energy Solution are the ones to watch for the most.

Cailian later quoted XPeng sources as suggesting that the report was true, saying that the supply chain of components needed for vehicle production needs to be constantly improved to better ensure supply and yield, and to more accurately predict delivery lead times.

XPeng's main battery supplier is currently CATL, and 36kr reports that XPeng's chairman and CEO He Xiaopeng and CATL founder and chairman Robin Zeng had a mid-year meeting in which they argued, with Zeng even walking out of the meeting at the height of the heat in order to calm down for more than 10 minutes.

The argument was over He's plan to bring in CALB as the new main battery supplier, which would cut into CATL's share of supply. CALB, on the other hand, is seen by CATL as a serious threat to its nemesis.

Local news portal Sina quoted a CATL source as saying that the quarrel was completely false, without providing any further details.

It is worth noting that CATL has previously begun to take action against potential threats from CALB.

On July 21, 2021, CATL announced that it had formally sued CALB for patent infringement, claiming that CALB's allegedly infringing batteries are on tens of thousands of vehicles.

LG Energy Solution recently launched the process for its initial public offering in South Korea, with plans to raise up to $10.8 billion.

Kwon made the remarks in an online press release about the company's upcoming IPO, emphasizing LG Energy Solution's dominance in terms of intellectual property and diversity of its foreign customer base.

In December, CATL held 55.6 percent of the Chinese power battery market, followed by BYD at 14.2 percent, CALB at 5.9 percent, Gotion at 5.4 percent and LG Energy Solution at 3.4 percent, according to CABIA. 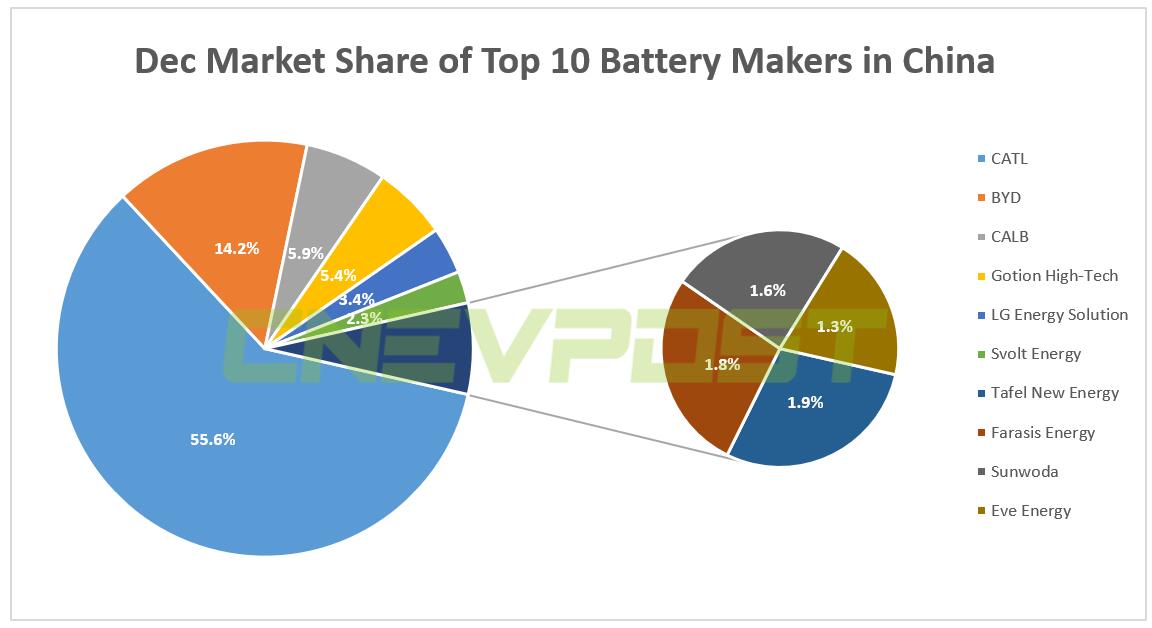