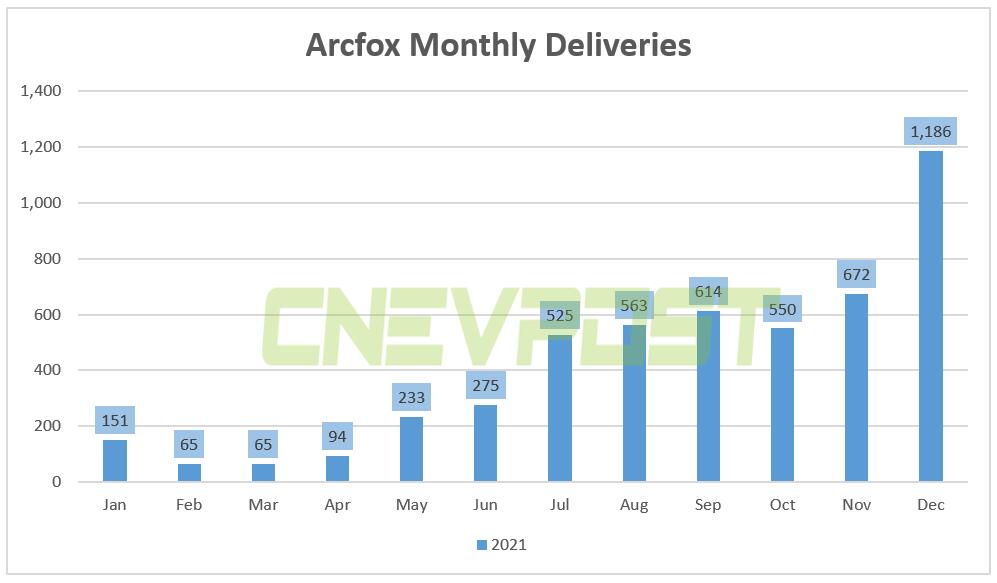 In the fourth quarter, Arcfox delivered 2,408 vehicles, up 41 percent from the third quarter and up 569 percent year-on-year, it announced.

The Arcfox α-S model starts at RMB 251,900 ($38,600), with the most interesting version equipped with Huawei's full-stack smart car solution "Huawei Inside", which is the first time Huawei's technology has appeared on a mass-produced model.

It is equipped with an intelligent advanced autonomous driving system with 400 TOPS of computing power.

Shanghai Securities News quoted BAIC sources as saying on October 28, 2021, that the model would start small deliveries in November, but this did not happen.

On November 26, Shanghai Securities News again quoted BAIC sources as saying that small deliveries of the "Huawei Inside" Arcfox α-S model would begin in late December.

Arcfox said today that it had started deliveries of an early version of the Huawei Inside Arcfox α-S in December, without disclosing the number of deliveries.