Notably, the company's past published data monitored by CnEVPost shows a 128 percent year-on-year increase in December based on sales of 16,675 vehicles, with full-year 2021 sales of 126,990 units.

The conflicts may be due to the company reporting "deliveries" in some months and "sales" figures in others.

GAC Aion was founded in 2017, and in November 2020, GAC announced that the Aion brand would operate independently and unveiled the Aion Y model, an all-electric SUV.

Among them, the Aion LX Plus was announced at the Guangzhou Auto Show in late November with a said range of 1008 km and will be officially launched on January 6.

It has a battery pack capacity of 144kWh and an energy density of 205 Wh/kg, giving the CLTC a range of 1008km, making it the world's first production model with a range of over 1000km. 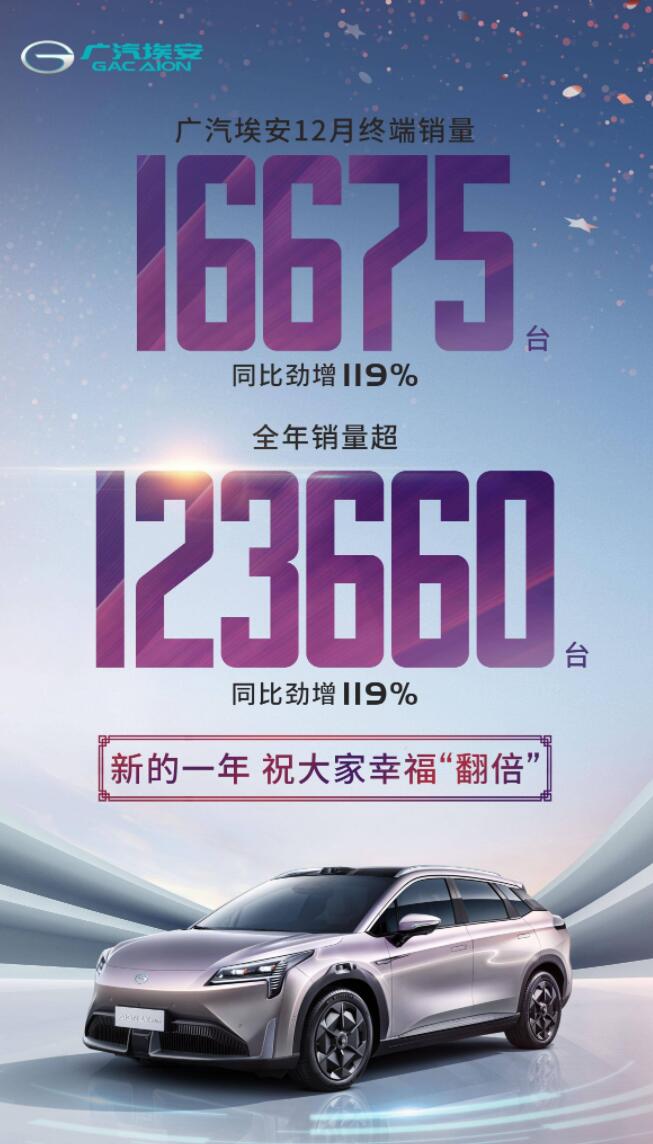