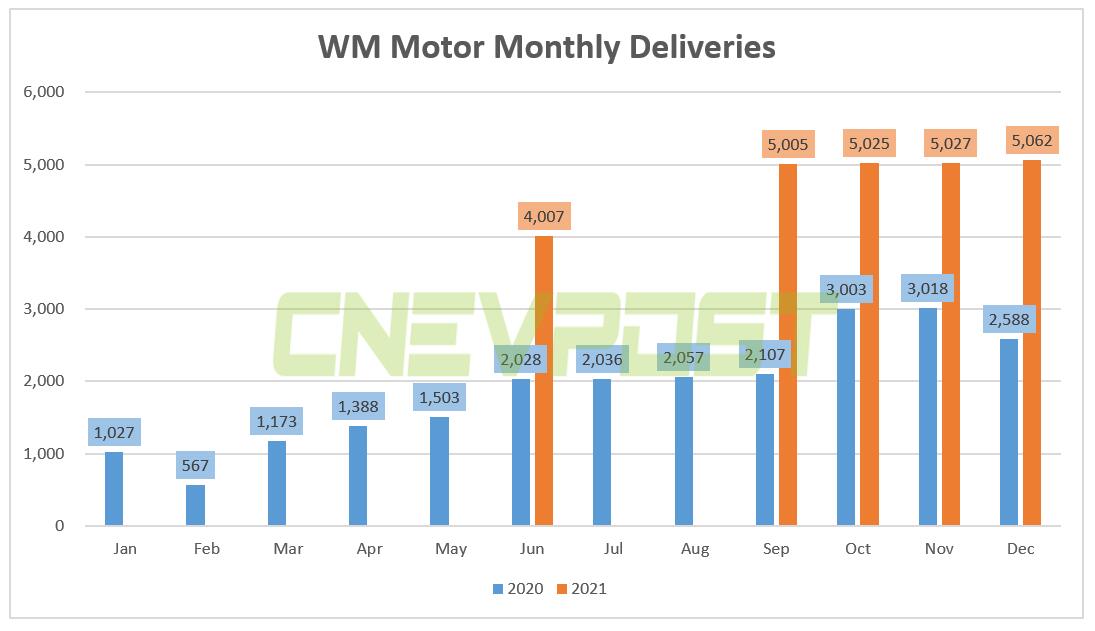 WM Motor delivered 5,062 vehicles in December, up 95.6 percent year-on-year and up 0.7 percent from November, according to figures released today by the company.

From the start of deliveries in 2018 through December 31, 2021, WM Motor's cumulative deliveries reached 88,686 vehicles, the company said.

WM Motor's website currently showcases the W6 and EX5-Z models for sale, with starting prices of RMB169,800 and RMB 149,800 after subsidies, respectively.

One of the most talked-about new car makers in China, WM Motor was questioned a few months ago for lagging behind its peers after it stopped publishing sales figures.

In July 2021, the company broke its silence, saying that June sales were 4,007 units, up 97.6 percent year-on-year. But delivery figures for July and August were not released.

Late last month, local media reported that WM Motor's EX5 had a fire accident for three days in a row.

The company announced on December 1 that it had secured $152 million in Series D2 funding led by local real estate developer Agile Property.

It expects other well-known investors to join its D2 round in the future, with the total amount of Series D financing expected to exceed $500 million.