Last year a Volkswagen executive said extended-range EVs were the worst solution. Sales of the Li ONE with this technology have now exceeded the combined sales of Volkswagen's mid-size SUVs in China. 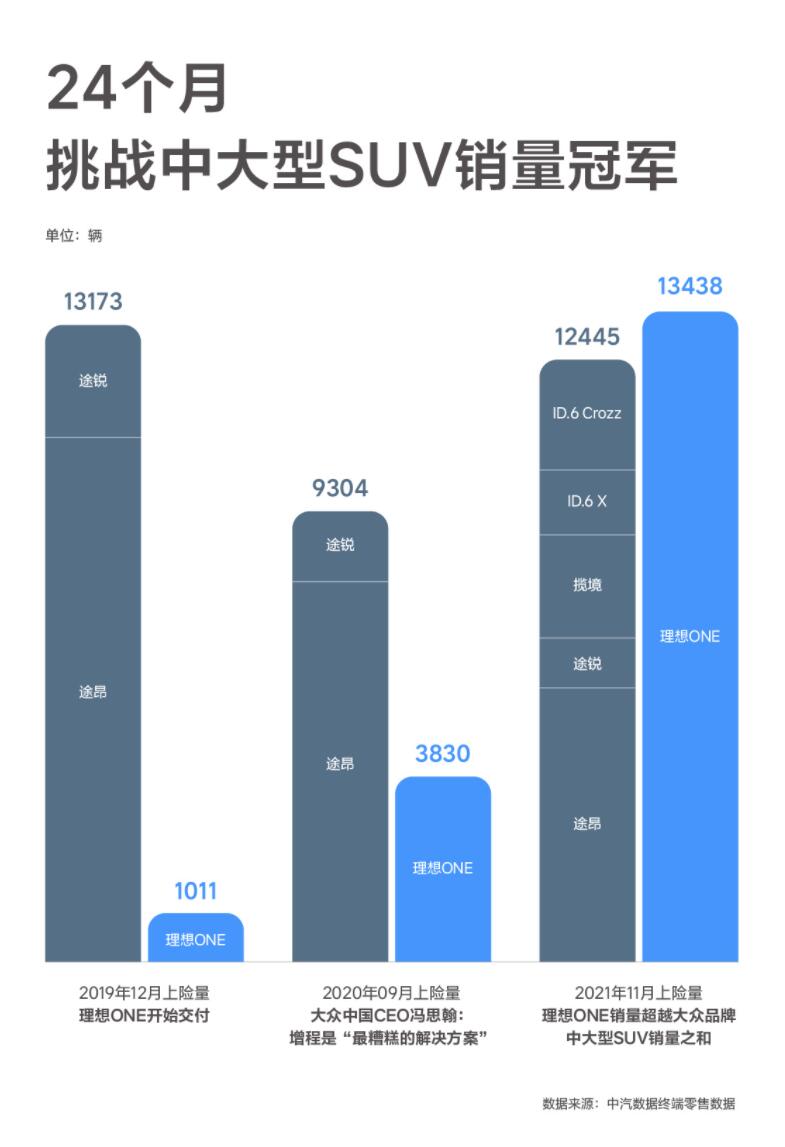 In the Chinese market, Volkswagen and Li Auto are at odds over their differing views on the extended-range technology used by the latter. Now, the Chinese startup is using sales of its only model to take revenge for previous comments by a Volkswagen executive.

Li Auto founder, chairman and CEO Li Xiang posted a chart on its Weibo account today showing that the Li ONE has become the top-selling midsize SUV in the Chinese market after 24 months since deliveries began in December 2019.

The chart compares the Li ONE's insurance registrations with Volkswagen's midsize SUVs, showing that the Li ONE sold 1,011 units in its first delivery month in December 2019, well below Volkswagen's 13,193 units.

And last September was also the moment of the most heated debate between Volkswagen and Li Auto, with Volkswagen China CEO Stephan Wöllenstein saying at the time that the extended-range EVs had some value from a single-vehicle perspective, but that it was nonsense and the worst possible solution from the perspective of the entire country and the planet.

That pissed Li off, and he responded at the time that Li Auto was more than willing to test its energy efficiency and environmental credentials against Volkswagen's state-of-the-art PHEVs, using real numbers to see who performed better.

The chart he shared today specifically marks the debate, referring to Wöllenstein's comments at the time that extended-range EVs were the worst solution.

The chart shows that the Li ONE had 13,438 insurance registrations in November 2021, higher than the 12,445 combined sales of Volkswagen's midsize SUVs, including the Teramont, Touareg, Talagon, ID.6 X and ID.6 Crozz.

Li shared the chart by saying, "Thanks for the prodding, we'll keep going," in an intended sarcasm at Volkswagen. 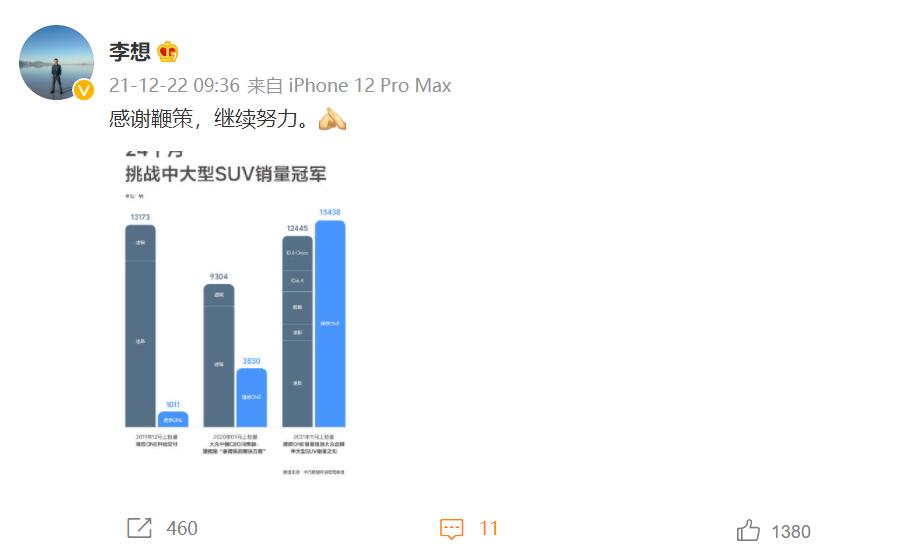