According to CICC, a daily service count of 100 may be the break-even point for swap station operators, and a daily service of more than 160 would allow them to make good profits. 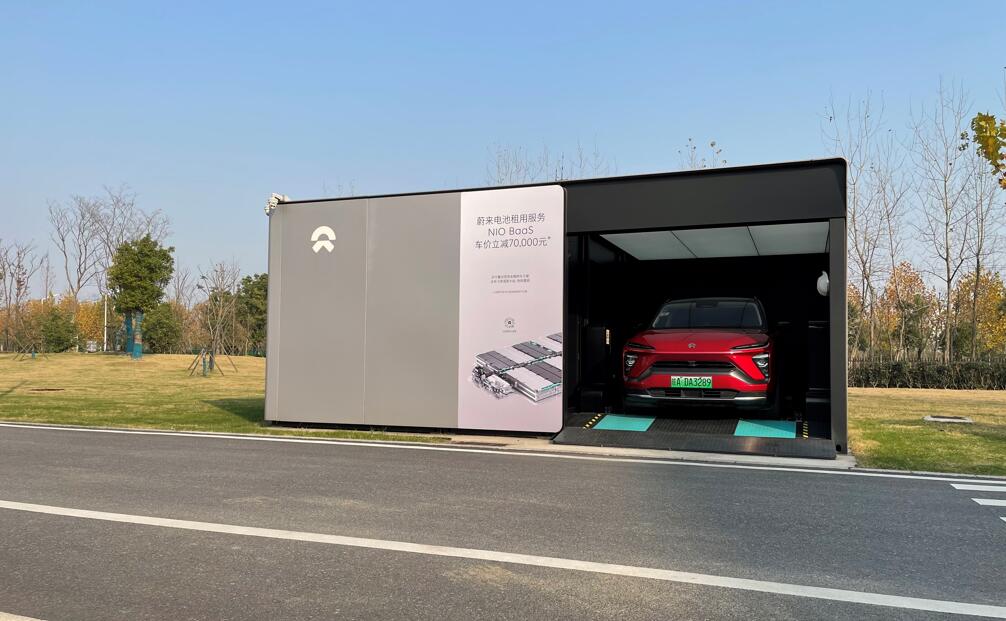 As China's land and power resources are relatively tight and vehicle ownership continues to increase, the battery swap model is expected to be a good complement to the charging model and has broad medium- to long-term growth prospects, said a report released today by top Chinese investment bank CICC.

It can make up for the relative lack of efficiency in charging mode.

The separation of body and battery can reduce the cost of purchasing a vehicle for consumers and allow vehicle makers to achieve unified management of the battery, which helps strengthen safety and facilitate laddering use and recycling.

When new energy vehicle (NEV) ownership reaches a high level, the battery swap model can optimize the way electricity, land and other resources are used.

"Despite the high initial construction costs, the battery swap model's good resource allocation optimization function makes it supported by national policies, and we believe it has long-term development potential," the team said.

By the end of the third quarter, China had about 6.78 million NEVs and 2.223 million charging piles, with a ratio of about 1:3, which is a global leader, the team said.

But considering the length of a single charge and resource constraints such as land and electricity, battery swap is expected to become an important way to replenish energy beyond charging as NEV ownership rises, the team said.

For consumers, battery swap can significantly accelerate the efficiency of energy replenishment, and can reduce the cost of purchasing a vehicle and enjoy the benefits of battery upgrades.

For the society, the model can help reduce distribution capacity, help smooth load curves on the grid, enhance land use and improve battery management, according to the team.

However, battery swap stations have high initial construction costs and current standards, including batteries, are not uniform, and the operational efficiency of these facilities faces greater difficulties, the team noted.

CICC believes that for battery swap stations to be profitable, they are highly dependent on utilization rates.

Under conservative estimates, CICC believes that 100 daily services may be the break-even point, and that a daily service of more than 160 would allow them to make a good profit.

Earlier today, NIO announced that it had reached 700 battery swap stations, ahead of its target for this year.

To date, NIO has provided 5.3 million swaps to users in China, and battery swap has become one of the most popular power solutions for NIO users, the company said.

NIO is accelerating the construction of battery swap stations and is a major contributor to the industry's incremental growth of the facility, CICC said in their report.

According to CICC, the high cost of building battery swap stations and the current lack of uniformity in industry standards make the model more suitable for operating vehicles and high-end vehicles.

Operating vehicles have a high frequency of use and a high demand for continuous and long-distance driving, so there is a strong need for rapid replenishment, according to the team.

NIO said at the first NIO Power Day event on July 9 that by the end of 2025, the company will have more than 4,000 battery swap stations worldwide, with 1,000 of them in overseas markets.

In addition to NIO, other major battery swap station operators are targeting the cab market.

In May, Aulton Chairman Cai Dongqing said the company aims to build 10,000 battery swap stations by 2025. 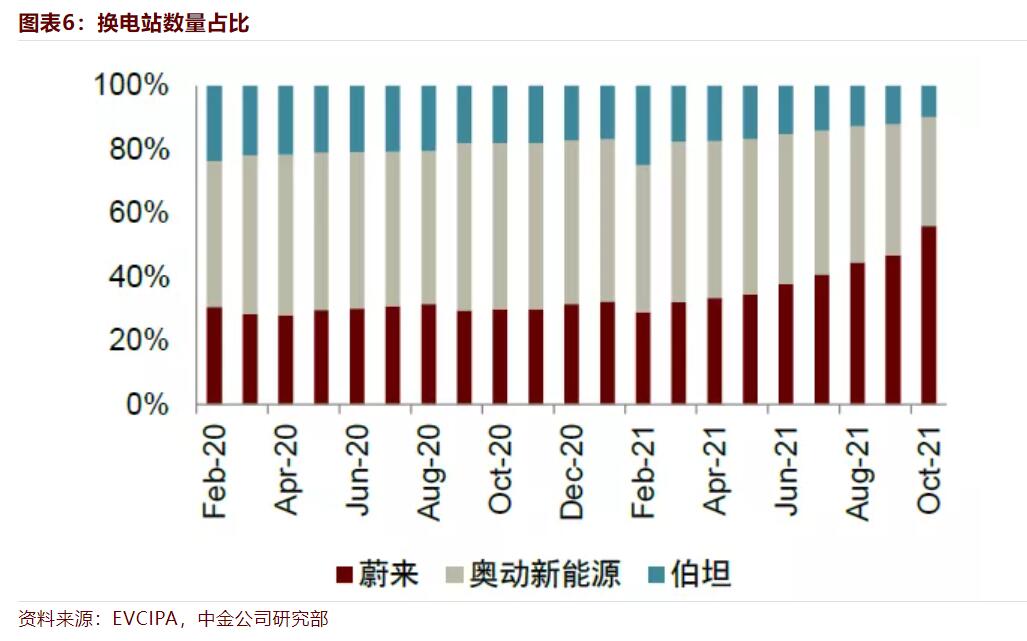