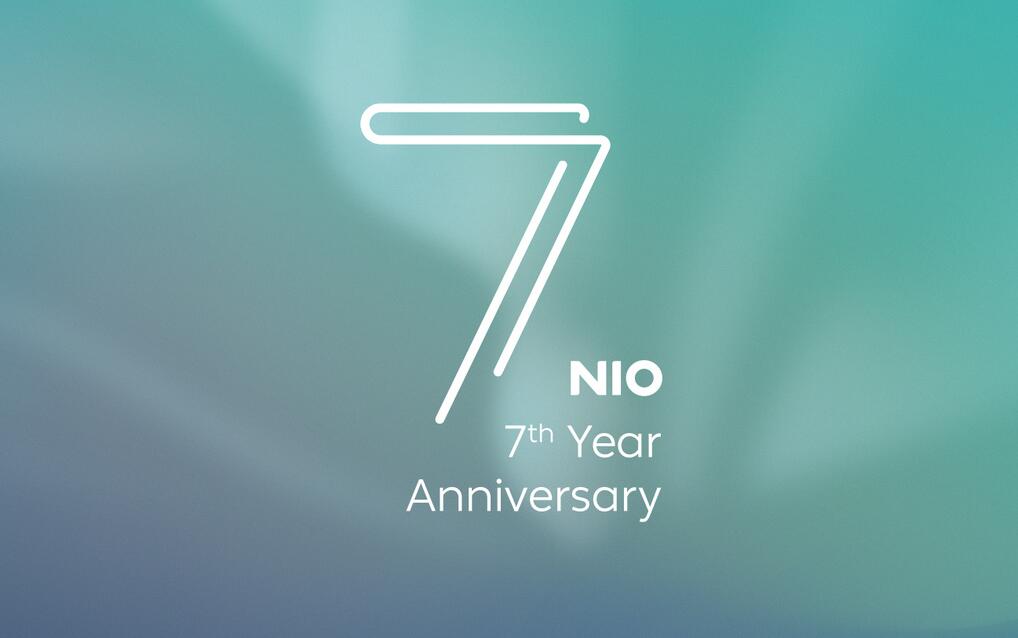 NIO celebrated its seventh anniversary today, and the company looked back at the significant moments since its inception on its app.

As of today, NIO owners have exceeded 150,000 across 418 cities, according to information released by the company.

Notably, cumulative deliveries of all NIO vehicles stood at 145,703 as of October 31, according to information released by the company earlier this month.

The company guided for fourth-quarter deliveries of 23,500 to 25,500 units, according to its third-quarter earnings report released earlier this month.

Considering it delivered 3,667 units in October, that means the company's combined deliveries in November and December could be in the range of 19,833-21,833 units.

NIO owners have logged more than 3.4 billion kilometers and reduced carbon emissions by a cumulative 220,000 tons, the company said today.

On November 3, 2017, the "Moments" section of the NIO App was launched, and users have shared 4 million updates and 3.4 million photos so far.

NIO Life sent out its first product in 2017 and has sent out a total of 4 million products to date, according to the company.

NIO's first NIO House opened on November 25, 2017 at Chang'an Street in Beijing, and the company has 34 NIO Houses worldwide to date, with the first overseas NIO House located in Oslo, Norway.

To date, NIO House has received a total of about 2.4 million users.

To date, NIO's FOTA update covers four models and has pushed over 1 million vehicles, according to NIO.

Here is a video shared by NIO on its app.