Faraday Future has formed a special committee to review allegations of inaccurate disclosures.

Faraday Future notified the US Securities and Exchange Commission that it was unable to file its Form 10-Q for the fiscal quarter ended September 30, 2021, within the required time frame, the California-based electric car maker said Monday.

That's because the company's board of directors formed a special committee of independent directors to review allegations of inaccurate disclosures, including claims in a report issued by "an investor with a history of seeking to drive down public companies’ stock prices for its own benefit."

The company didn't explicitly mention it, but it was supposedly referring to short-seller J Capital Research, which early last month said, "Move Over Lordstown: There's a New EV Scam in Town."

The first paragraph of the short-selling report issued by J Capital Research reads:

"Future seeks to do business in the most ethical and transparent way. As a new public company, the Board, as part of its review, is seeking to ensure that the Company is adhering to the highest standards of conduct," the EV maker said in a statement Monday.

The company is committed to working with the special committee to complete its work in order to re-establish timely financial reporting as soon as feasible. Until the review is complete, it is not able to file its Form 10-Q or Form S-1/A, according to the statement.

Faraday Future remains on track to deliver the first FF 91s to users in July 2022, it said.

On September 20, FF issued a report saying it was making progress on the manufacturing front, but J Capital Research said early last month that a former FF engineering executive they interviewed did not believe the company's electric cars were ready for production.

On October 15, Faraday Future said the completion of the installation of production equipment at its Hanford plant was the first major milestone in the mass production manufacturing of the FF 91, indirectly pushing back against the short-selling attack.

Faraday Future closed up 7.18 percent on Monday and was down 0.44 percent in the after-hours trading session. 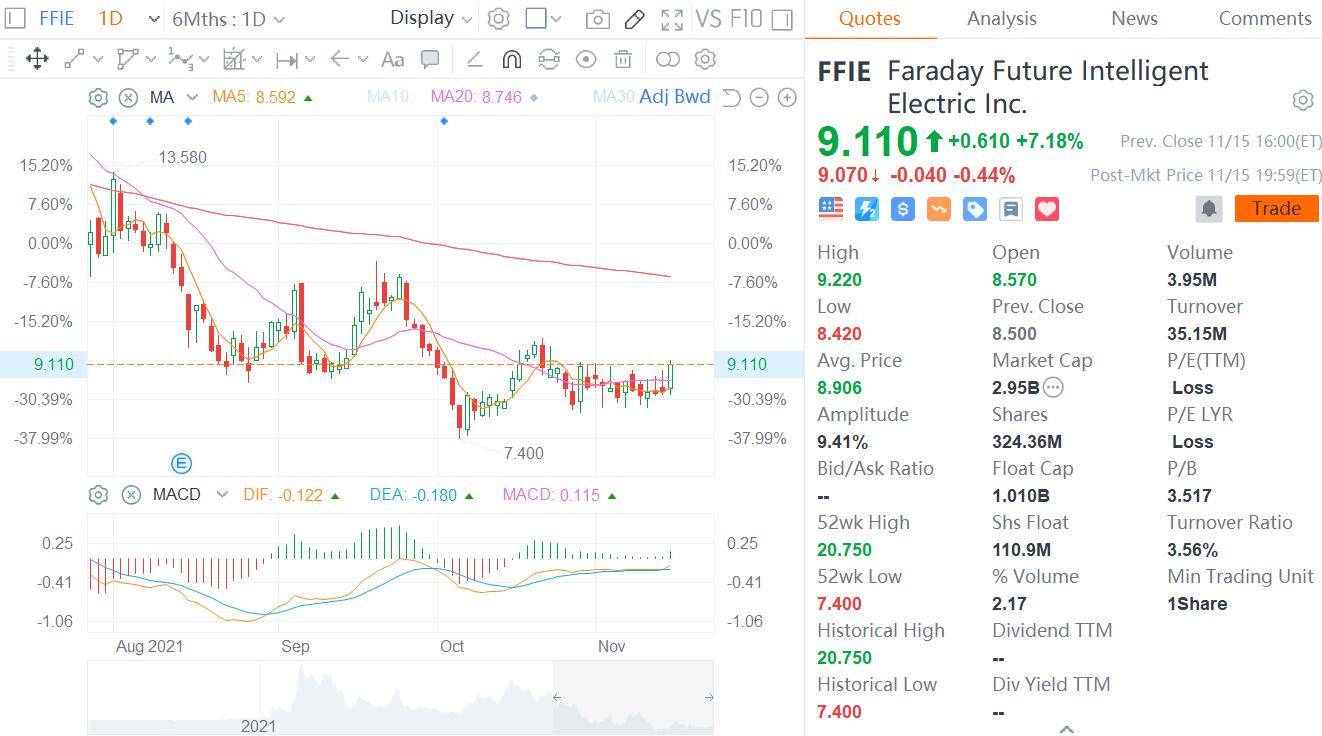