Volkswagen ID.3 will be officially launched in China on Oct 22

Volkswagen's ID. series saw 10,126 deliveries in China in September, and the launch of the ID.3 is expected to further boost that performance.

After its debut in China in late August, the Volkswagen ID.3, the Golf's electric counterpart, is not far from being available in the world's largest car market.

A teaser image released by SAIC-Volkswagen on Tuesday shows that it will hold the launch of the ID.3 in China on October 22 at 19:00 Beijing time, making it the third model in the Volkswagen ID.series in China after the ID.4 and ID.6. 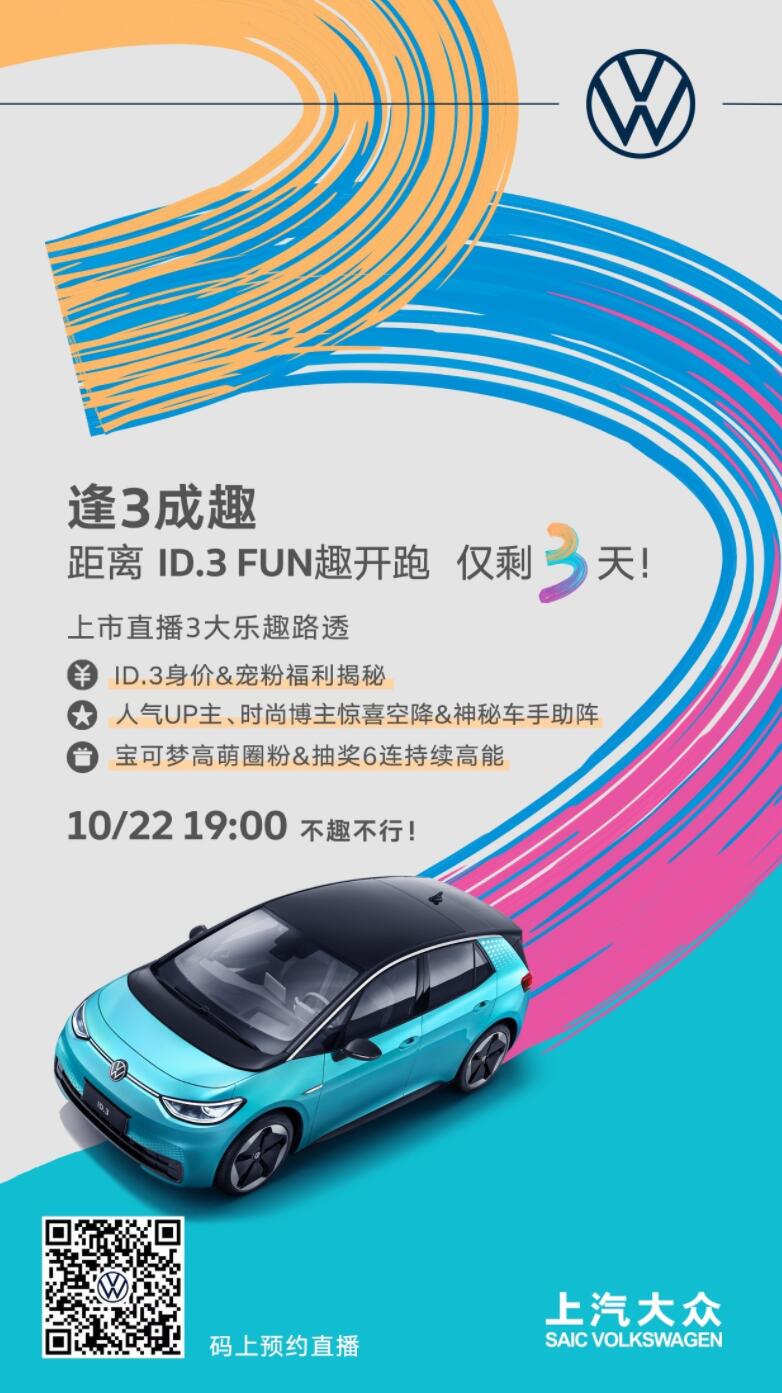 The SAC-Volkswagen ID.3 was unveiled at the Chengdu Auto Show, which opened on August 29.

The ID.3 is one of the top-selling electric cars in Europe. In China, it is SAIC-Volkswagen's third pure electric vehicle based on the MEB platform.

The ID.3 is equipped with a single rear electric motor with a maximum power of 125kW. It has a battery capacity of 57.3kWh and a combined NEDC range of 430km.

The launch of the model is expected to further boost VW's fast-growing electric vehicle sales in China.

VW's ID. lineup saw 10,126 deliveries in China in September, up 44 percent from 7023 in August, according to data the company announced earlier this month.

It also makes VW the first traditional carmaker among joint venture brands in China to deliver more than 10,000 units in a single month.