After NIO, XPeng Motors, there is a new member of the 10k club.

The 10k club has a new member as traditional carmaker Volkswagen announced its electric vehicle deliveries in China.

Volkswagen's ID. lineup of four models delivered 10,126 units in China in September, up 44 percent from 7,023 units in August, according to data released Saturday. 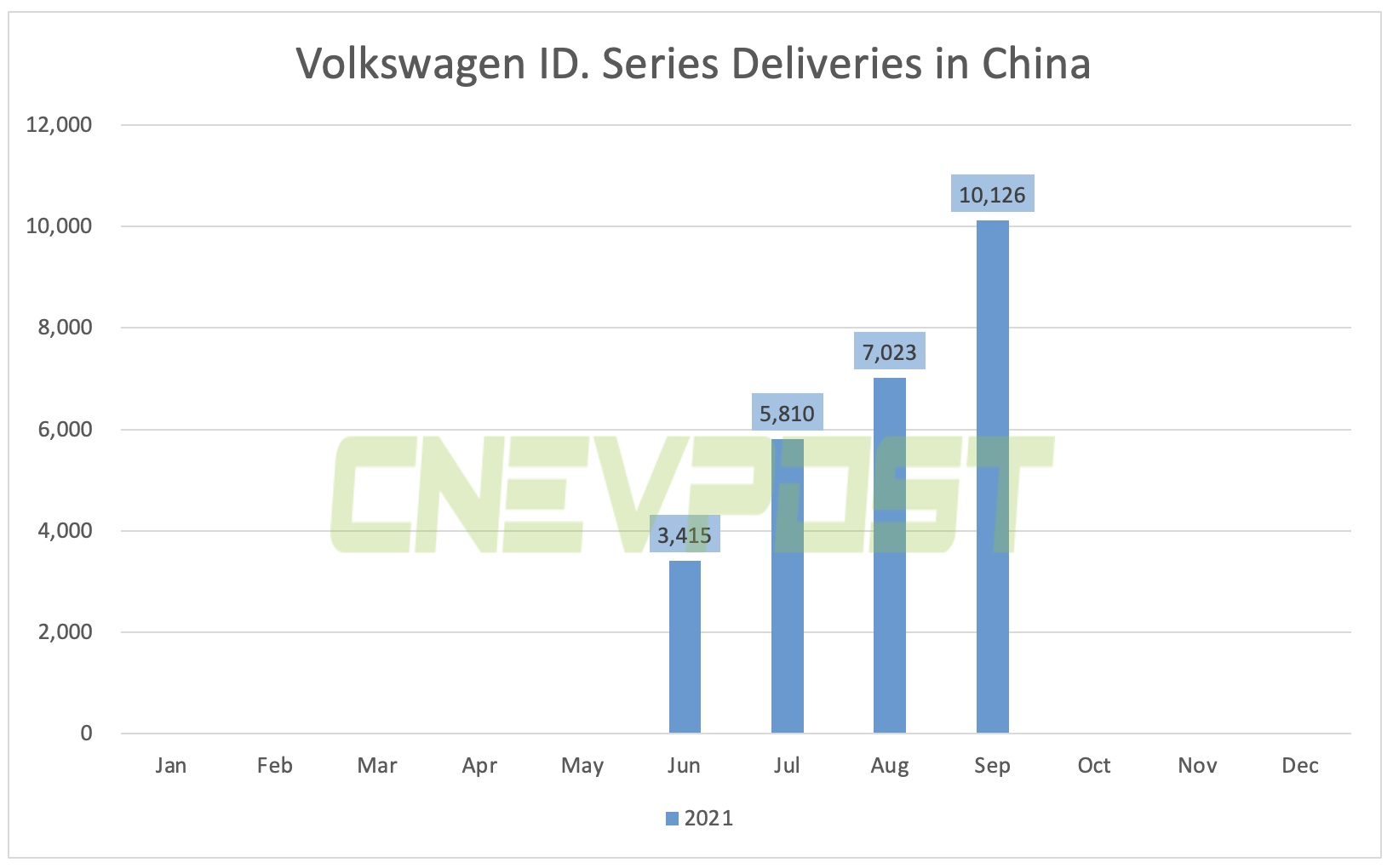 That makes VW the first traditional carmaker among joint venture brands in China to deliver more than 10,000 units in a single month, and it's expected to grow further with the launch of the lower-priced ID.3 model later this year. 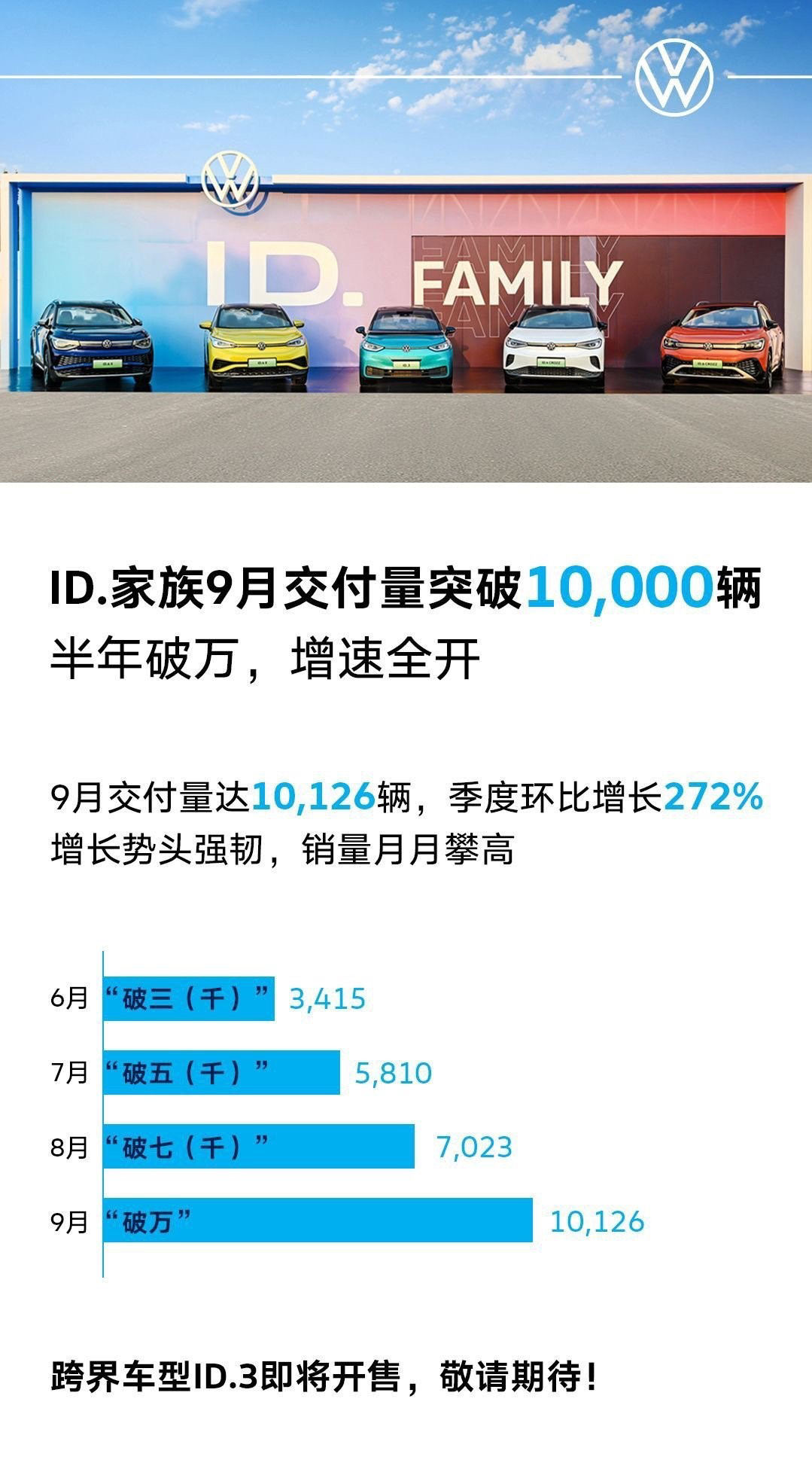 VW's first all-electric vehicle in China is FAW-Volkswagen's ID.4 CROZZ, which went on pre-sale in January and began deliveries in late March.

In early July, FAW-Volkswagen began accepting reservations for the ID.6 CROZZ at a subsidized price of RMB 239,800 - 334,800. Deliveries of the model began on July 18.

The ID.6 CROZZ is an all-electric mid-size SUV, available in 6- and 7-seat models, with a range of up to 565 kilometers.

Sales of the Volkswagen ID. series continued to improve between June and August, with 3,415, 5,810 and 7,023 units, respectively, according to data previously announced by the company.

The SAC-Volkswagen ID.3 was officially unveiled at the Chengdu Auto Show, which opened at the end of last month, and is available for pre-order in China, where it will go on sale during the year.

The ID.3, the Golf's electric counterpart, is one of the top-selling electric cars in Europe. It is SAIC Volkswagen's third pure electric vehicle based on the MEB platform, with a length, width and height of 4,261*1,778*1,568mm and a wheelbase of 2,765mm.

NIO, one of the new forces in China, announced yesterday that it delivered a record 10,628 vehicles in September, exceeding the 10k threshold for the first time.

XPeng Motors delivered 10,412 units in September, the first time in history that the 10,000-unit threshold was exceeded.

This is the fifth consecutive month of record monthly deliveries for XPeng, up 199 percent from a year ago and 44 percent from August.