Evergrande Auto has vowed to ensure that Hengchi's mass production target is met with utmost determination.

Evergrande Auto, the car-making arm of the debt-ridden property developer Evergrande Group, tried to reassure partners at a conference, vowing that the first model of its Hengchi brand will roll off the production line early next year.

According to an article published on Evergrande Group's website, Evergrande Auto held a partner meeting today at its Tianjin production base, attended by Tianjin government officials and executives from 200 strategic partners, including Bosch and Hitachi. 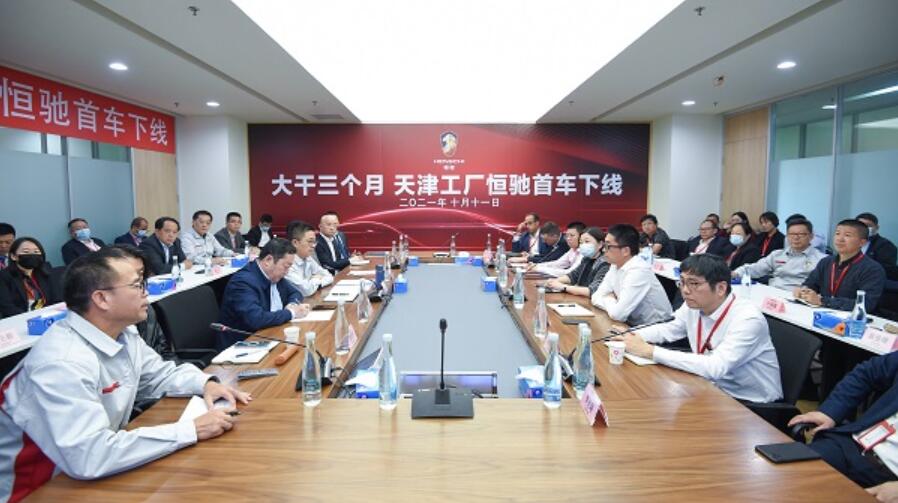 The article published on Evergrande Group's official website does not mention which model the first model is, but according to cls.cn, it is the Hengchi 5.

The company has mobilized its core R&D team and technical elites from Shanghai, Guangzhou and Shenzhen to provide support, and the Tianjin base has been transformed into a first-class Industry 4.0 high-end intelligent factory in China, according to Liu.

"With the full cooperation and strong support of our partners, Evergrande Auto vows to ensure that Hengchi's mass production goals are met with the utmost determination and intensity," Liu said.

Local government officials have also expressed their support, with Xia Qinglin, director of the Tianjin Binhai High-tech Zone Management Committee, saying that the zone and Evergrande Auto are a community of destiny in development, and that they will face difficulties and seize opportunities together.

The participating suppliers expressed their belief that Evergrande Auto can quickly come out of the darkest moment and are willing to work together to ensure the supply of relevant spare parts to ensure the first Hengchi model from the Tianjin plant comes off the line, according to the article.

Evergrande Auto has announced nine of the 14 vehicles it has designed, but none of them have yet begun mass production. The company aims to sell more than 1 million vehicles by 2025 and more than 5 million by 2035.

Evergrande Auto boosts registered capital of one subsidiary by 900%